Richard Walls’ (’87) and Mike Ebert’s (’87) paths have crossed for the second time inside the walls of Eckles Hall. Both hospitality management graduates and industry professionals, the two have returned to the university for the semester to serve as adjunct instructors. 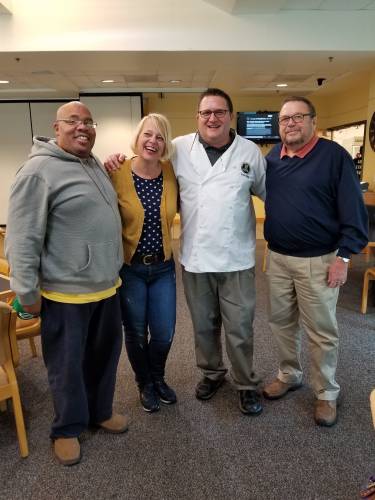 Richard Walls graduated from MU in the spring of 1987 with a degree in marketing from the College of Business. The following August, he received his degree in food science and nutrition (before the Department of Hospitality Management had been established) from the College of Agriculture, Food and Natural Resources. Following his tenure at the university, he managed Columbia staples, The Heidelberg and Boone Tavern. In 1989, his family purchased a restaurant at the Lake of the Ozarks that he managed until 1996. From there, he went to Forum Smokehouse, to Boone Tavern again and after selling the business, finally landing back at The Heidelberg. As someone who has spent the last few decades in the restaurant industry, Walls said that the business comes with a certain lifestyle and creates lasting bonds.

Mike Ebert has also enjoyed a fruitful career in the hospitality industry. His positions in hotels have taken him across the country, most recently owning a Comfort Inn and Suites in Chesterfield, Missouri. In 2003, he purchased the Regency in downtown Columbia and has worked as a consultant at the Ramada Plaza Hotel in downtown St. Louis.

After Walls and Ebert left the university, both made a consistent effort to stay in contact with the program. When chatting with Eliza Tse, professor and chair of the department, conversations of coming to teach arose. It was not long before they found themselves back in the classroom.

“The university prepared me to succeed in life and I only find it natural that I want to give back to Mizzou. I sat in the same classroom 30 years ago and know how it feels at 20 years old and trying to figure out what you want to do for the rest of your life,” Ebert said.

While following the textbook, Ebert has been able to supplement the information with real life examples and has called upon colleagues to guest speak – a method he said is very effective. 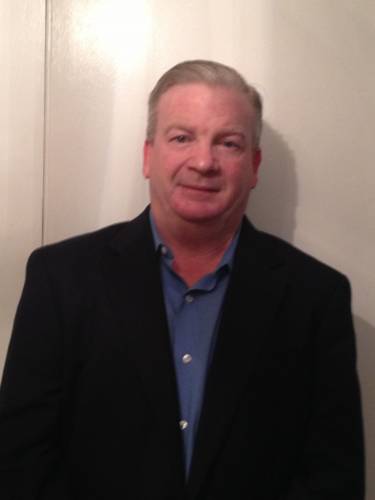 “Lodging Operation Management (HSP_MGMT 3400) has given me the opportunity to bring real life stories to the classroom. We approach the class more as a boardroom than a classroom,” he said.

He also noted that while he has taught the students, they have also given him a new perspective.

“Millennials think differently than I do as a Boomer. Steady and slow was fine for me growing up. Today, I find kids to be less patient in their careers and more willing to change jobs, but also more interested in enjoying life for a few years before truly starting their career,” Ebert said.

Walls has also found the experience to be quite rewarding.

“I’ve loved it. I’ve got really great students – I look forward to coming to work every day,” Walls said. “I feel like CAFNR is a family. I’ve always felt very close ties to this program.”

In Food Production Management (HSP_MGMT 3300), Walls oversees and supervises students as they operate the Culinary Café in Eckles Hall. The full service restaurant is open throughout the semester for lunch. He hinted that he hopes this semester is not the end of his teaching career.

According to Walls, the field that he and Ebert are practicing and teaching is one that will set the next generation up for success.

“The field is growing and will continue to grow,” he said. “This is a field you can easily find employment after graduation. There’s definitely a demand.”