The only consistency in Missouri’s weather seems to be its inconsistency. 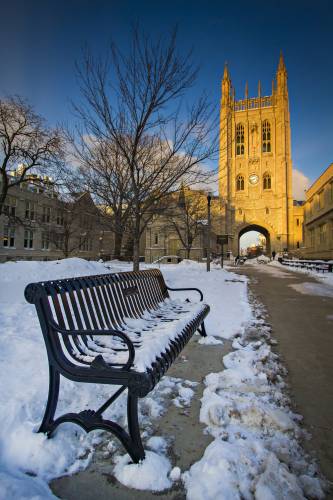 Due to its landlocked nature, Missouri experiences a variety of climate conditions. Long-term forecasting, an already difficult science, is even tougher in Missouri considering its location in the middle of the United States.

“Long-term forecasting is tough for Missouri because if you look at the typical pattern that resides in the Jetstream over North America, it’s either a trough and a ridge or a ridge and a trough,” said Tony Lupo, University of Missouri professor of atmospheric sciences. “And, of course, we’re right in the middle of the pattern. It’s the northern states and the far southern states where there’s a definite signal that’s almost fail-safe.

“You can expect to see the ups and the downs often, especially in the winter.”

Lupo’s long-term forecast for last year’s winter in mid-Missouri predicted an expected snowfall between 15 and 20 inches and cooler temperatures overall. The actual forecast didn’t cooperate, as less than 10 inches of precipitation fell to the ground. Temperatures were also warmer than anticipated.

“Last winter, of course, was a miserable failure in terms of our forecast,” Lupo said. “We weren’t the only ones. Everyone was projecting a cooler winter based on the developments of a La Niña that never came. Last year, we all had a bust.

“It made me a little skittish for this winter.”

While wary, Lupo is more confident in the current La Niña pattern this year, as it is far more established than it was at the same time last year. Lupo said mid-Missouri should expect 10 to 15 inches of precipitation this winter and cooler temperatures overall.

“I saw some troughing that I haven’t seen in almost 20 years at this time of year,” Lupo said. “It was giving some really cold values.”

Lupo said snowfall should be right around 15 inches for Columbia.

“It will be the same type of snow that we always get for this part of the world,” he said. “We’ll get three to four inches at a time and it melts away.

“I think if you want a white Christmas, there’s a better chance of that this year.” 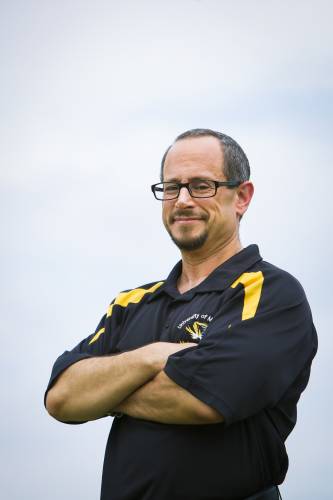 Columbia has recorded less than 10 inches of snow during the past two winters, something that hasn’t happened in back-to-back years in mid-Missouri according to Lupo’s weather data.

“It’s really unprecedented in our records, which go back more than 130 years,” he said.

The months of October and November have showcased the ups and downs of Missouri weather. The first part of October featured extremely warm days, almost summer-like in nature. The last part of the month consisted of some of the coldest days recorded in the past 30 years of October. The majority of November was cooler than last year, but the last few days saw record highs.

“Moving forward this winter, I think it will be on the cooler side of normal,” Lupo said. “It’s not going to be terribly cold. Given that the last few winters have been warm, people will perceive the cold as much worse.”

Precipitation is important during the winter months, as it prepares the soil for the upcoming planting season.

“If you’re running behind in the wintertime, it does kind of fall off the radar, but it does leave you a little short of soil moisture coming into the warmer time of the year where you get a lot of evaporation,” Lupo said. “I think this year will be a good winter in terms of not getting us behind in moisture.”