The first class of MU Stamps Scholars. Two out of the four… Expand ▸

Olutoyin Jackson and Caitlin Kelleher of the University of Missouri’s College of Agriculture, Food and Natural Resources were selected as part of the first class of Stamps Scholars on the MU campus. The University of Missouri is one of 42 schools that partner with the Stamps Family Charitable Foundation for the program. Each year, four admitted Honors College students are awarded a full four-year scholarship with an additional $16,000 stipend to be used for academic and leadership development. Chosen students also receive mentoring from J.D. Bowers, director of the Honors College, and participate in undergraduate research.

“We are incredibly proud of both Olutoyin and Caitlin for being selected as Stamps Scholars,” said CAFNR Vice Chancellor and Dean Christopher Daubert. “This accomplishment is extremely impressive and we look forward to seeing the great things that they accomplish during their time at CAFNR and beyond.”

Olutoyin (Toyin) Jackson is from Lake Villa, Illinois, and is currently studying food science. She discovered the Stamps Scholars program while browsing the Honors College website during her college search process. Jackson was one of several hundred high school seniors to submit the initial application. Following an essay, resume, transcript and recommendation letters, Jackson discovered she had been selected as one of 24 finalists. 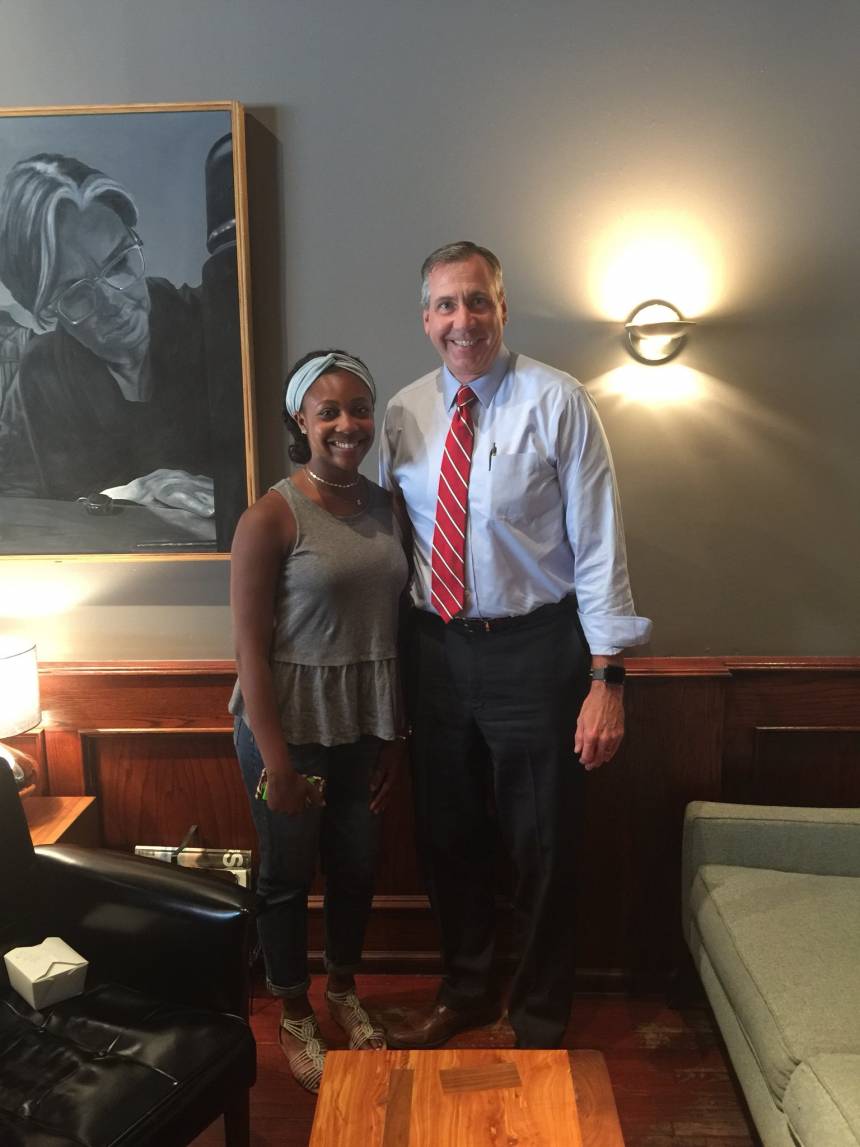 Olutoyin Jackson with Vice Chancellor and Dean Chris Daubert. The two visited over lunch at Sycamore in early October.

“I was just surprised,” Jackson said. “I didn’t recognize how big of a deal it was until they called me.”

All of the finalists were flown to Columbia for a weekend of meetings, tours and a one-hour interview. Three weeks later she received a text from J.D. Bowers congratulating her on her selection.

Over the next four years, Jackson hopes to take advantage of all that CAFNR and the Stamps Scholars program has to offer. This fall, she began her undergraduate research under Alan McClure, founder of Patric Chocolate and Ph.D. student in the Department of Food Science. Jackson has also taken part in the Food Science Association and hopes to study abroad in Spain during her sophomore year. Following graduation she is considering an MBA and pursuing a career as a food marketer.

“I just want to utilize all of my resources and the people I get to meet and be a student they’re proud of,” Jackson said. “I want to leave my mark here.” 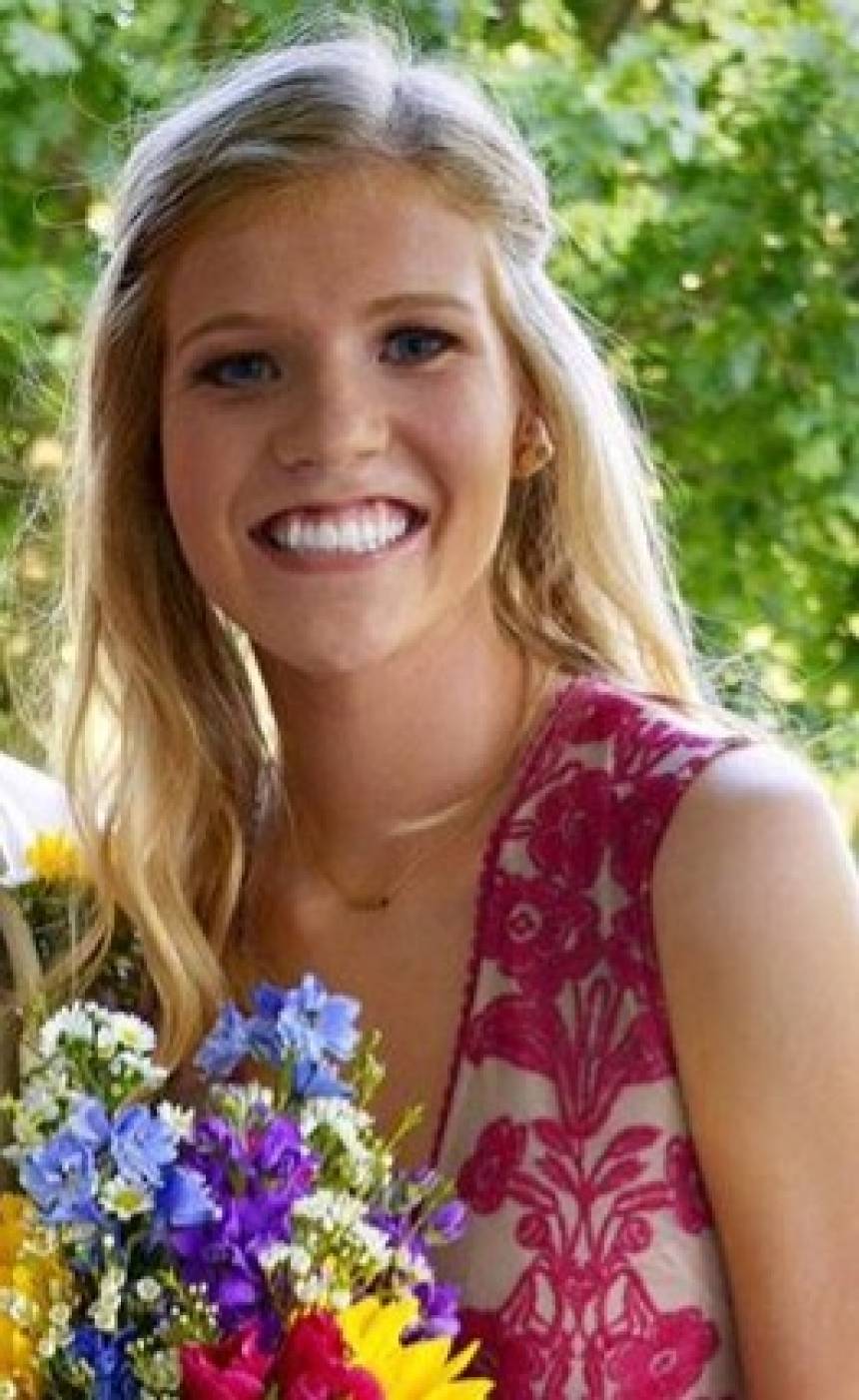 Caitlin Kelleher, a Morristown, New Jersey, native became interested in MU because of the Pre-Veterinary Medicine Scholars program. The program allows guaranteed acceptance into the College of Veterinary Medicine provided certain requirements are met while an undergraduate student. As someone who grew up around animals and often volunteered at a local animal shelter, the program seemed like a perfect fit. Once Kelleher was accepted to the PVM program, she began looking for additional scholarship opportunities, which led her to the Stamps Scholars program.

“I came for the interview and I realized what the depth of the program was. I loved the school and thought, ‘If I were to get this, I would definitely come here,’” Kelleher said.

Upon finding out she had been chosen, Kelleher said, “I was overjoyed. It was incredible.”

Next semester Kelleher will began undergraduate research within her major of animal sciences and hopes to study or serve abroad in either Africa or Asia. She is also hopeful that all four Stamps Scholars can take a trip together prior to graduating. Upon completion of her degree, Kelleher is considering deferring admittance to graduate school and serving in the Peace Corps.

More information on the Stamps Scholars program can be found at honors.missouri.edu/stamps-scholars and on the Stamps Family Charitable Foundation at stampsfoundation.org.