A self-described pack rat, Eric Gooding collected a little bit of everything growing up. His collecting ways have continued through the years, up until this past year. He has shifted his focus, instead, to collecting memories. 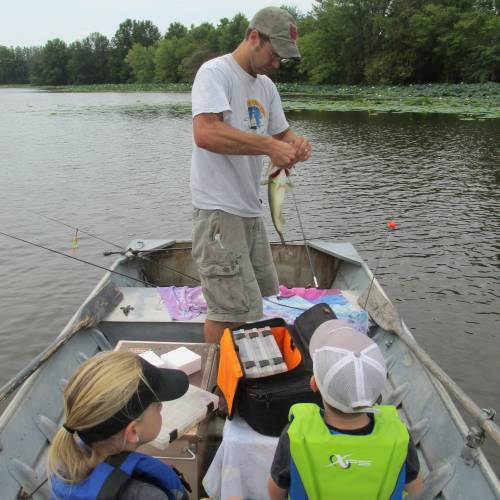 Eric Gooding has started fishing more often during the past year. Photo courtesy of Eric Gooding.

Gooding and his wife sold their house a year ago, which included a large barn that housed a good portion of Gooding’s collected items. The majority of those items came from antique shops and auctions.

“I’ve kind of rewrote my brain during the past year,” he said. “I still have some of the items from my past collections, and there are still a few things that I keep an eye out for, but I’ve really purged a lot of my stuff and am focused on doing things I’ve never done before, whether by myself or with my family.”

There are still a few items on Gooding’s collecting checklist, mainly in the form of books. He recently found one of those books, The History of Boone County. Gooding grew up in Hallsville and has always been interested in the history of where he grew up.

“I’ve always been a paper guy,” Gooding said. “I would much rather hold a book than read something on a computer.”

Gooding is an integrated farm systems specialist with University of Missouri Agricultural Experiment Station field operations. He is a licensed journeyman electrician, who does a variety of work across the state for the MU College of Agriculture, Food and Natural Resources. He’s served in that role for nearly two years.

After selling their house, Gooding started renting for the first time in his life. Used to mowing or doing fixer-up projects around the house, renting left Gooding with more free time than normal. With a new focus, Gooding has started to collect memories with a fishing pole.

“With a new mindset, I started thinking about things I enjoyed doing as a kid,” Gooding said. “Honestly, I was going a little crazy. I needed something to do. I hadn’t fished in a long time. I soon found out that I had a lot to catch up on.” 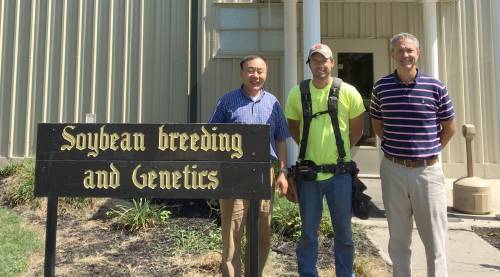 Gooding takes his two children, who are 6 and 8, out to various ponds or lakes when they’re interested. It’s a great opportunity to spend time together in a fun environment.

“I don’t want to push them,” Gooding said. “I try to find situations and days where we’re going to have good success. But fishing is also a good lesson in failure. You’re not always going to catch a bunch of fish.”

Gooding even entered his first-ever fishing tournament this year. It was definitely a learning experience.

“There is a lot to tournament fishing that I wasn’t aware of,” Gooding said. “I had never been on a bass boat before, and I seriously thought I was going to die riding out to fish. Once we got out there, I didn’t have any luck. It just wasn’t the greatest experience in the world.

“I don’t want to go out like that, though. I’ll sign up for another tournament and make adjustments.”

In the meantime, Gooding is still looking to collect as many memories as he can.