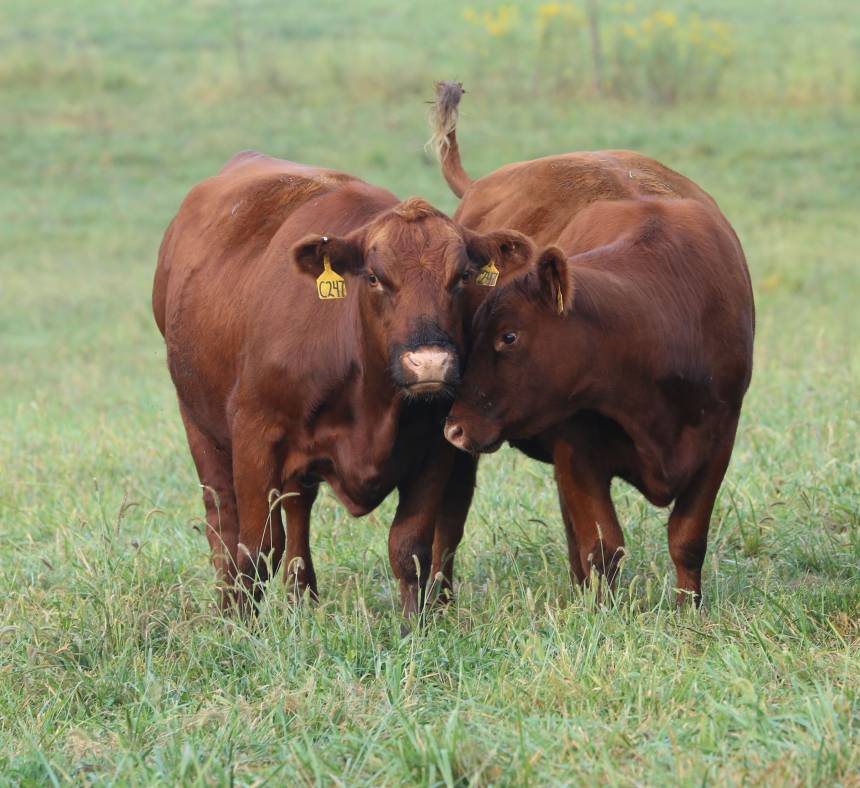 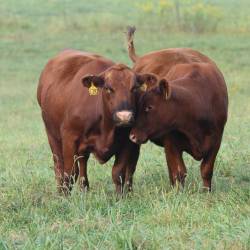 Forage production for cattle was the topic at the Forage Systems Research Center field day, held Tuesday, Sept. 12, at the center near Linneus. 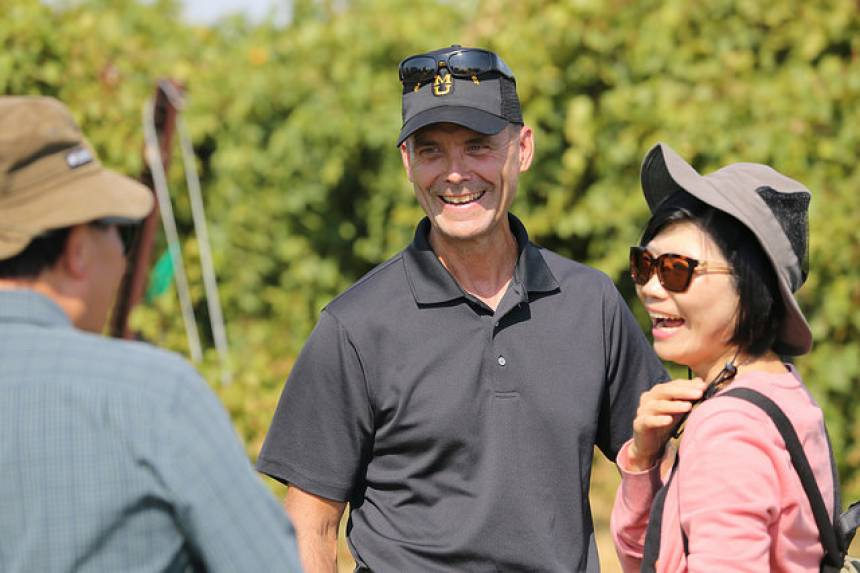 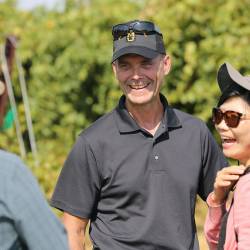 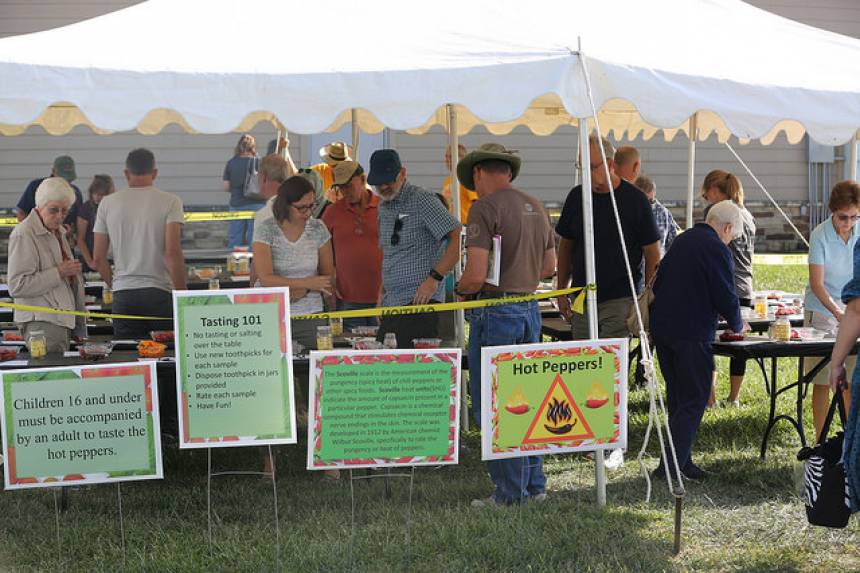 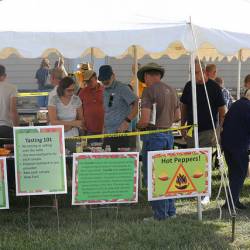 Hot peppers were on the menu -- but at a safe distance! -- at the 13th annual Tomato Festival, held Thursday, Sept. 7, at the Bradford Research Center in Columbia. More than 1,000 guests attended the event. 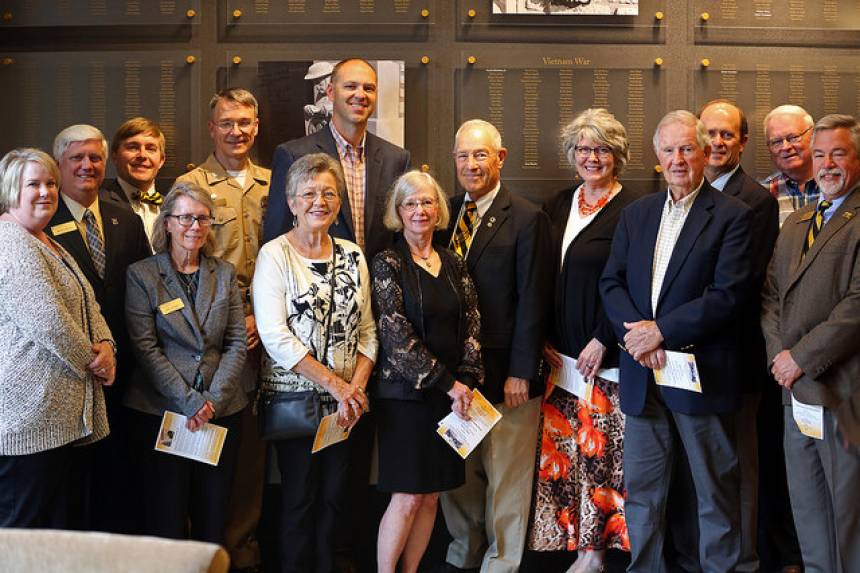 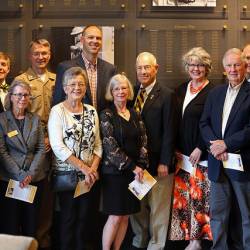 On Wednesday, September 6, 2017, the College of Agriculture, Food and Natural Resources and friends of Allan Purdy gathered to honor Purdy's life and contributions to his country and alma mater. The group met in the north lobby of Memorial Union for the unveiling of Senate Resolution 446, which applauded Purdy's military service. Bryan Garton, associate dean of academic programs, welcomed attendees and remarks were given by Bruce Loewenberg, a friend of the Purdy family. PT 305, the boat Purdy commanded during World War II, was recently relaunched in Lake Pontchartrain – it has been completely restored and is fully operational. It is one of only four PT boats still existing in the U.S. today. PT 305 was tasked during the war with severing the supply lines of German troops in Italy. Purdy was the University of Missouri’s first director of scholarships and student financial aid. He was the founding president of the National Association of Student Financial Aid Administrators and helped create the Missouri Higher Education Loan Authority, spending 20 years on MOHELA’s board of directors. Purdy earned a bachelor’s degree in horticulture from CAFNR in 1938 and a master’s degree the next year. He then joined the Navy, where he served as a PT boat captain during World War II. He returned to MU to work as an Extension horticulturist and became an advocate for the agricultural school to provide scholarships for more students. He served as associate dean, beginning in 1949. In 1957, then-MU President Elmer Ellis put him in charge of all MU scholarships, student loans and jobs, the first position of its kind on campus. He would spend the next 21 years in that office. Purdy died in 2010 at the age of 96. CAFNR awards the Allan W. Purdy Award to recognize those who exemplify the same concern and care for students as did Purdy. The award is given only on special occasions and not annually. 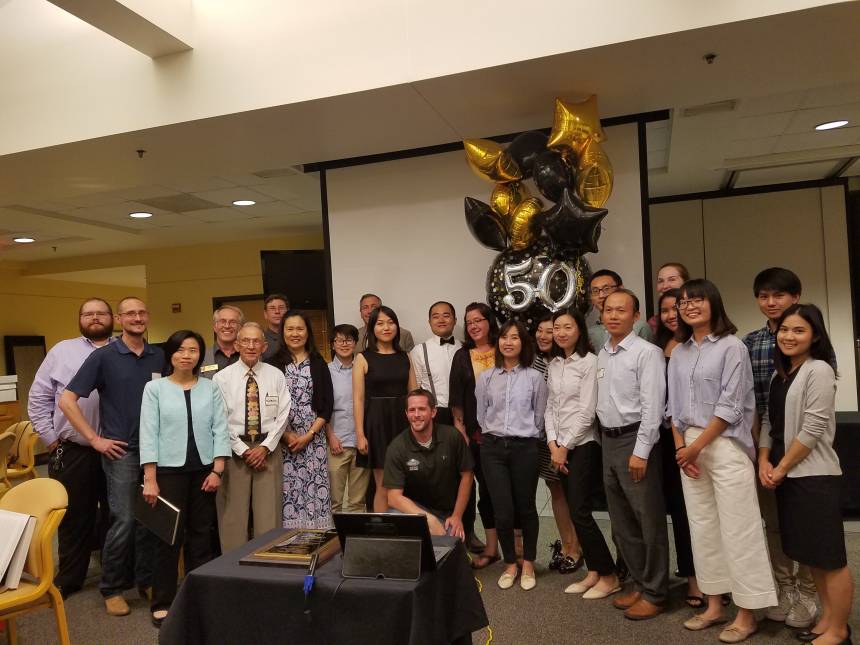 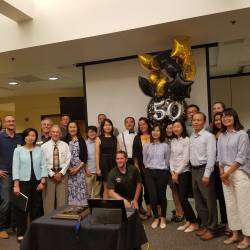 Faculty, students and alumni of the food science program helped celebrate its 50th anniversary at a series of events Friday, Sept. 1, and Saturday, Sept. 2. Activities included an open house, tours, a history presentation, and, of course, food! 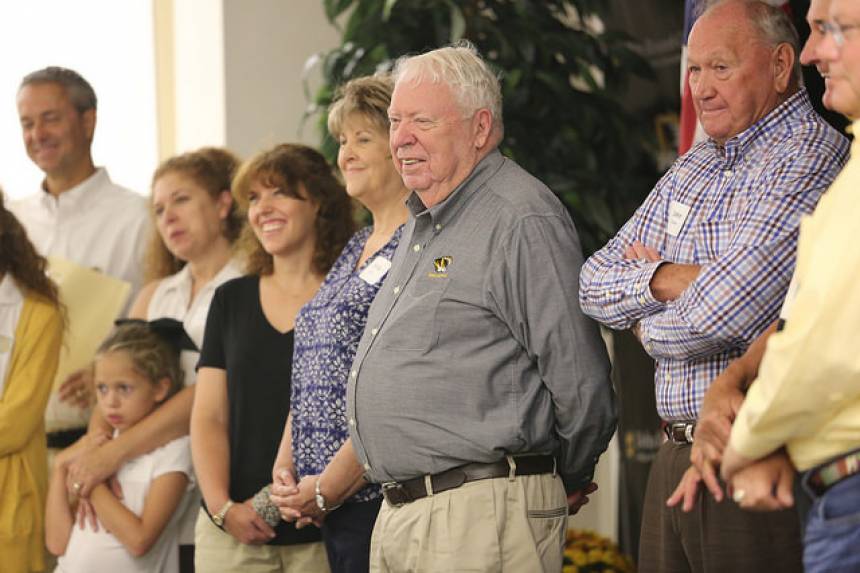 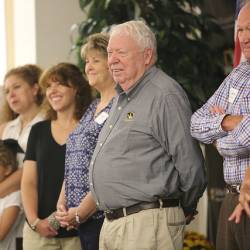 Caleb Davis (grey shirt, middle), advisory board member, was honored during the Fisher Delta Research Center field day, which took place Thursday, Aug. 31, in Portageville. More than 1,000 guests attended the event, which was dedicated to Davis. 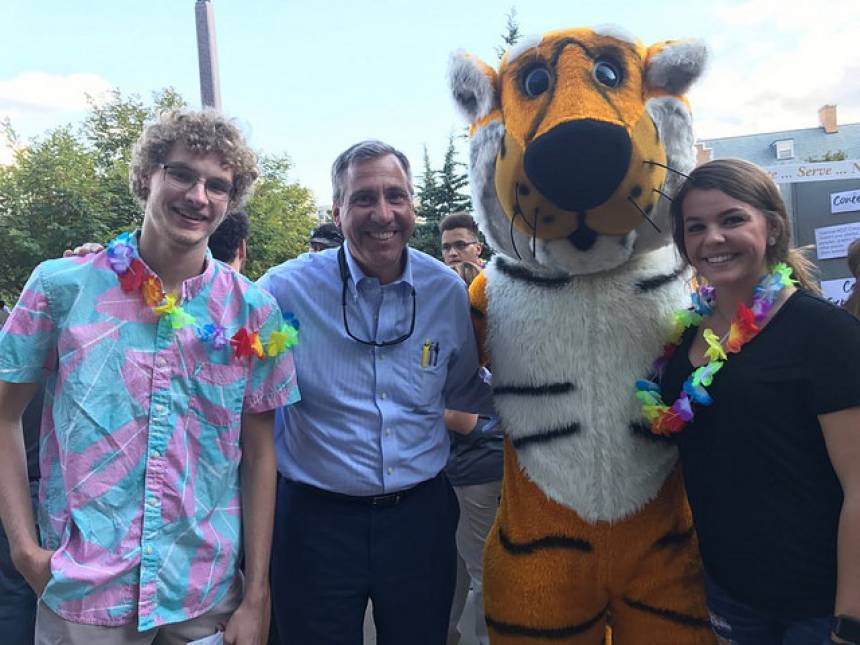 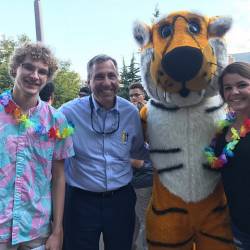 CAFNR freshmen and transfer students attended CAFNR Fall Round-Up on Aug. 29. Clubs and organizations showcased the benefits of involvement. Truman made a special appearance, as did Vice Chancellor and Dean Christopher Daubert.. 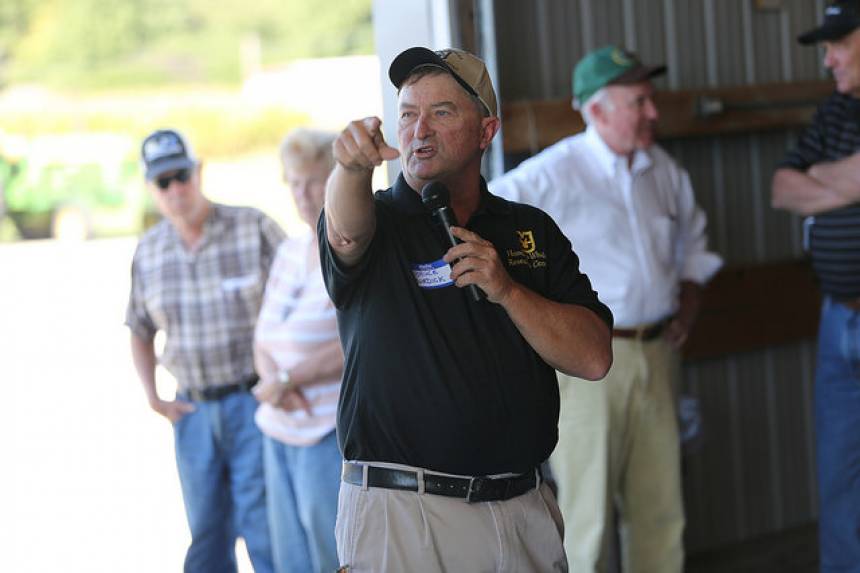 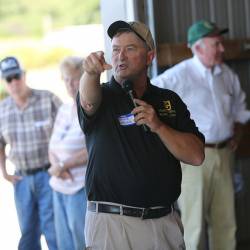 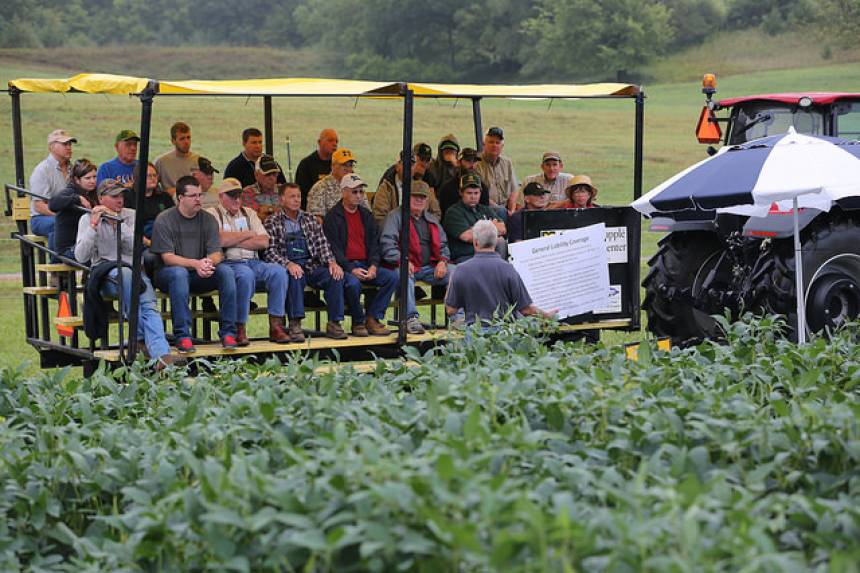 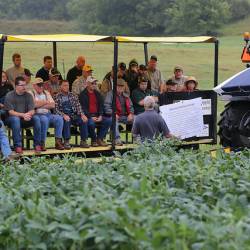 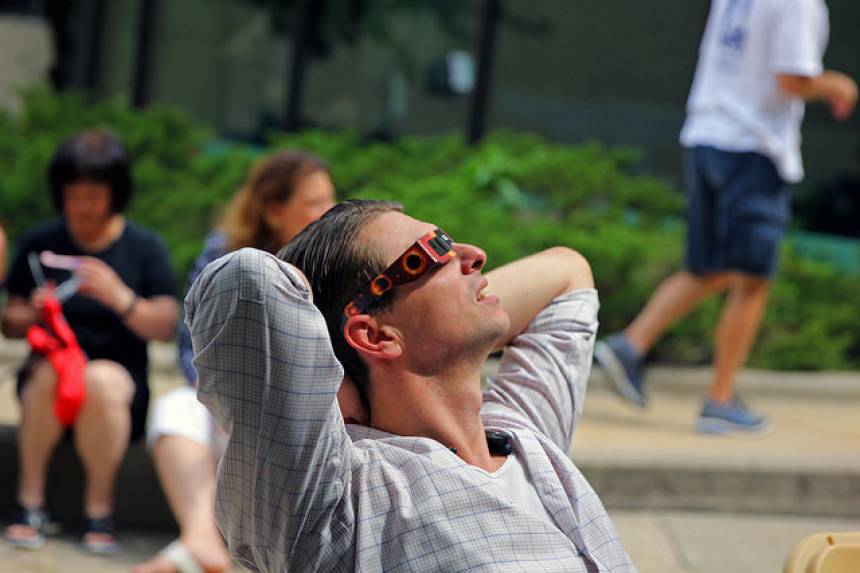 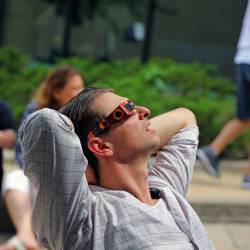 On August 21, a full solar eclipse was visible on U.S. soil -- the first occurrence in over 100 years. CAFNR hosted a variety of watch parties and conducted research on the eclipse's effect on weather, animals, plants and more. SNR hosted a "Sun-Day" party in the Ag Building courtyard. Bradford Research Center and South Farm Research Center also opened their doors to the public for the event. 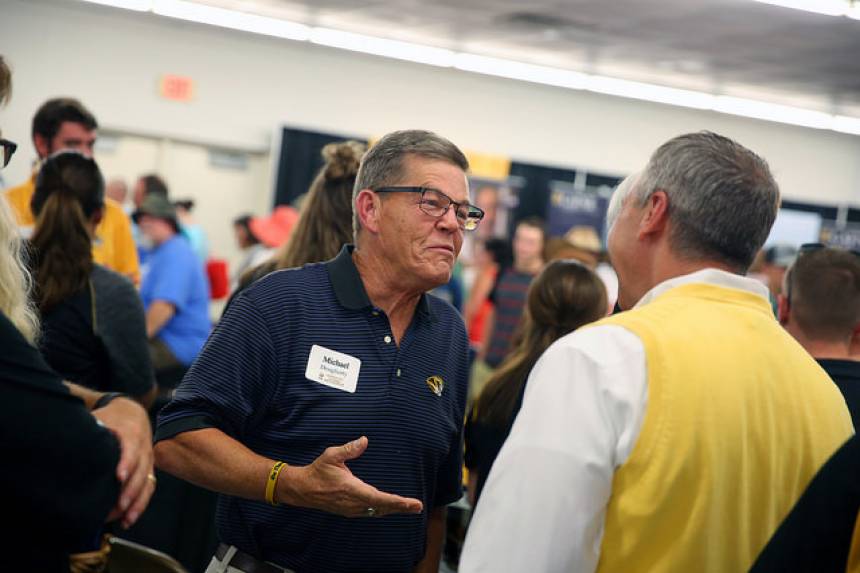 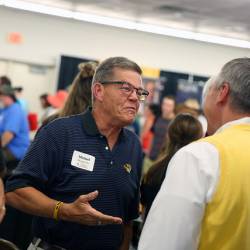 Alumni and friends of CAFNR gathered to enjoy food and drinks and to welcome the new vice chancellor and dean, Christopher Daubert, at the 2017 Missouri State Fair. The MU Ag Alumni Association hosted the event from 3 to 5 p.m. on August 12. Here Dean Daubert chats with an alumnus.