Growing up in Bangalore, India, Vidya Balasubramanyam wanted to be a plumber. 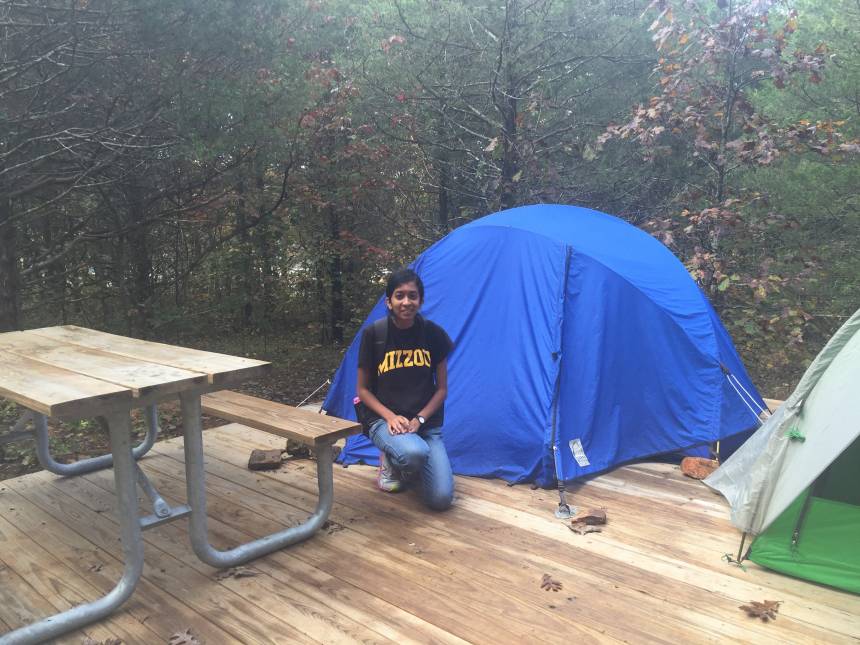 Vidya Balasubramanyam on a camping trip while attending a meeting on behalf of MU’s parks, recreation and sport program.

The water tank near her childhood home often leaked, and, despite repeated calls, it was rarely fixed. Seeing the incredible waste of a valuable resource made becoming a plumber the perfect solution. As Vidya grew older she realized that her impact might be greater if she traded in plumbing for science – a decision that is proving to serve her well.

Through her studies of the human dimension of natural resources, specifically in climate change, Vidya’s journey has taken her from India to the University of Missouri’s School of Natural Resources (SNR) and now to the New Hampshire Coastal Program as a National Oceanic Atmospheric Administration (NOAA) coastal management fellow.

Following her bachelor’s degree in environmental science from St. Joseph’s College in India in 2015, Vidya says there were a few factors that led her to the University of Missouri.

“People say it’s in the middle of nowhere, but I don’t agree. I think it’s a great location,” Vidya says. 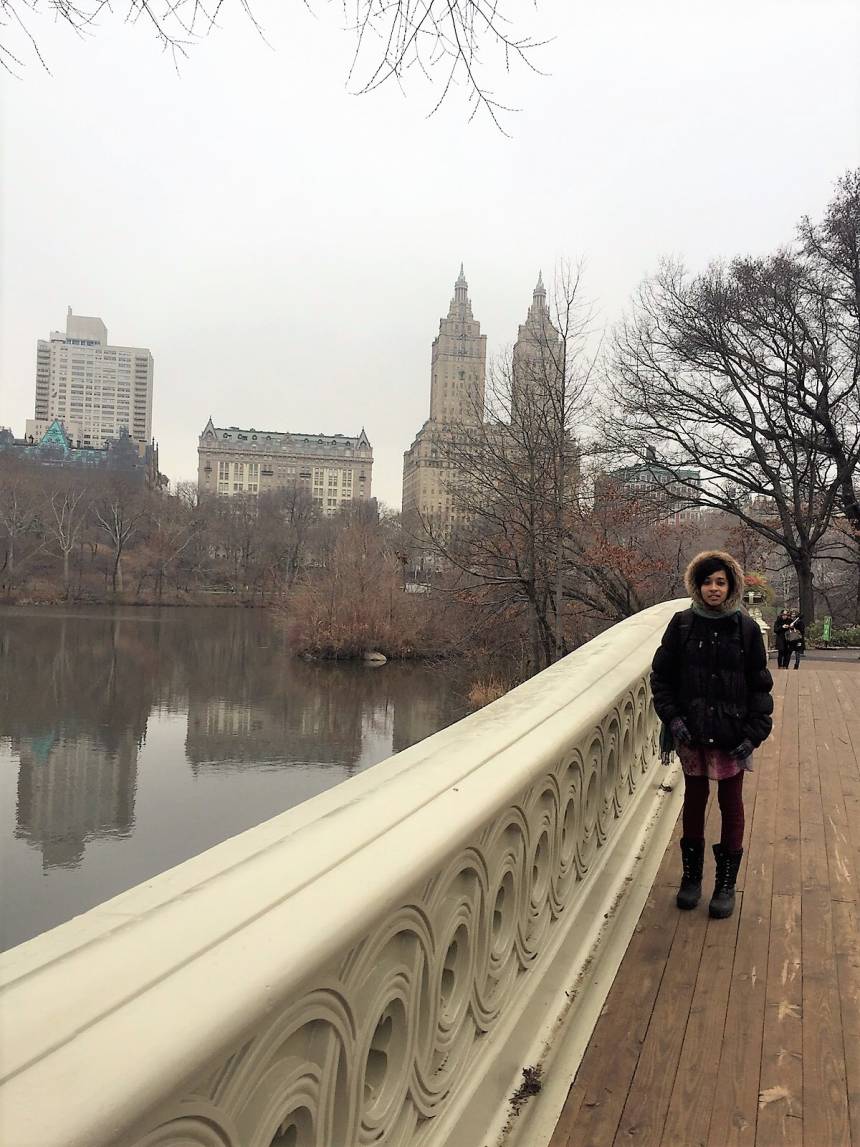 Discussing the emphasis and its relation to climate change, Vidaya says, “When it comes to environmental problems, we already have the science, but what we don’t have is people’s buy in… The purpose of this program is to help students learn how to engage people in environmental issues and to study their attitudes and motivations.”

Since arriving at MU in 2015, Vidya has had many opportunities to study these attitudes and motivations.

While interning at the city of Portsmouth, New Hampshire, during the summer of 2016, Vidya helped determine the community’s recycling rate and landfill diversion rate.

“I literally collected people’s trash for one week, sorted through the trash and figured out how efficient their recycling actually was,” Vidya says. “Did they put all their materials in the recycling bin? Were there any contaminants?”

Vidya also assisted on a colleague’s thesis researching recycling at MU football games. Here, she sorted through trash to help determine the current state of recycling at games.

“I know it seems like a pattern – sorting through trash, but I guess it’s an important thing to look at,” Vidya says.

Sonja Wilhelm Stanis, associate professor and graduate emphasis area coordinator in the School of Natural Resources, is grateful for Vidya’s presence in the program. 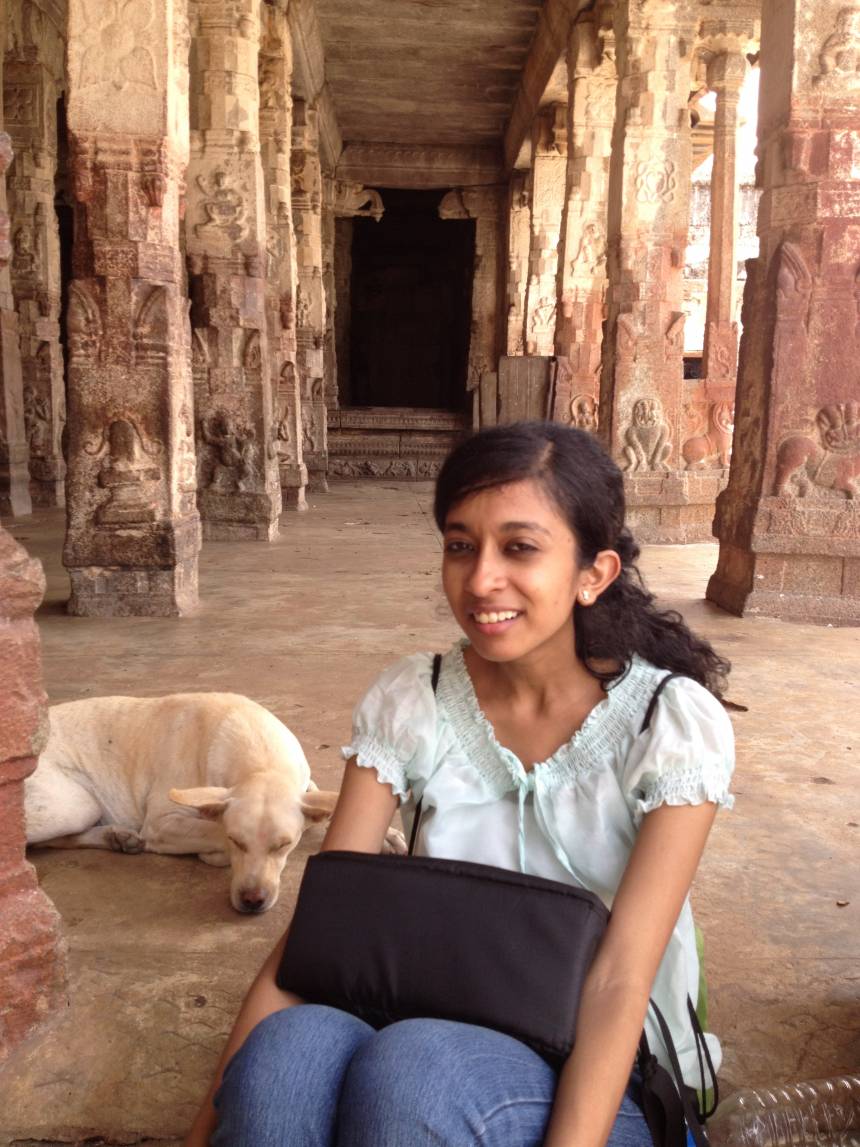 “It’s been such a pleasure to have her here,” Sonja says. “She’s always willing to help out — looking for new opportunities, ways to get involved in other projects. She’s incredibly interested and very motivated.”

This August, Vidya defended her thesis to end her time at MU. Her project was part of a National Science Foundation (NSF) $20 million grant awarded to universities across Missouri. The piece given to the School of Natural Resources helped to study climate change in regards to state parks. Vidya worked with park naturalists and interpreters to discover their views and attitudes on the subject.

“They are the ones educating visitors about what’s going on in the park so we thought that their perspectives about climate change are important,” Vida says.

This month Vidya returns to New Hampshire for a two-year NOAA-funded coastal management fellowship. She was one of five students selected from a field of more than 100 applicants.

The New Hampshire region, which has many historical coastal properties, is now in danger of extreme damage, Vidya says. Because of this fellowship, Vidya is funded full-time to study and implement “living shorelines” – a practice of protecting shorelines using nature-based strategies like native vegetation. This method protects shores without destroying animal habitat.

Looking forward, Vidya hopes to one day work as a climate change resilience specialist, helping communities play a larger part in climate change mitigation and adaptation. Regardless of her exact plans, Sonja believes her future will be bright.

“I think this field is going to be lucky to have her,” Sonja says. “I feel fortunate to know she is going to be a colleague for many years down the road.”