Each spring at the College of Agriculture, Food and Natural Resources’ Celebration of Excellence, the Ag Alumni Association recognizes alumni and friends for dedication to their industry, to the College and to Mizzou. This year’s event was held Friday, April 7, at Reynolds Alumni Center.

Honors presented at the event to alumni and friends included: 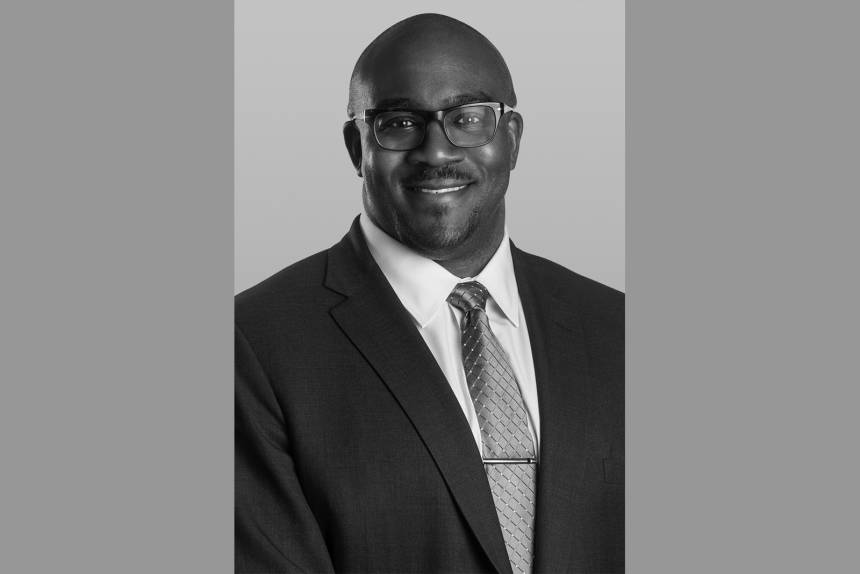 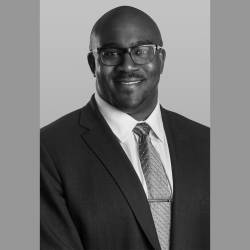 Darryl Chatman, Lake St. Louis, Mo., was honored with the Citation of Merit Award. He is general counsel for the Missouri Department of Agriculture. Previously he worked for Armstrong Teasdale LLP in St. Louis, Mo., as the leader of the firm’s Ag and Biotech practice group, and as the deputy director of the Missouri Department of Agriculture. Chatman holds four degrees from the University of Missouri — a B.S. (1997) and M.S. (2001) in animal sciences, an M.S. in agriculture economics (2007) and a J.D. (2008). He also holds a master’s in public administration from North Carolina State University (2003). He is a member of the search committee for the CAFNR vice chancellor and dean and has been part of the Vice Chancellor’s Leadership Council in CAFNR. Chatman has been appointed by the governor to serve on the UM System Board of Curators. "I had the opportunity to hire Darryl as Deputy Director of the Missouri Department of Agriculture in December of 2014," said Richard Fordyce, former director, Missouri Department of Agriculture. "Darryl immediately embraced the position with class, passion and a great deal of knowledge. We worked together to communicate the good story of agriculture to our ag audiences, but maybe more importantly, the audiences in urban and suburban Missouri. Darryl was able to articulate a message to nontraditional audiences that we had not successfully reached in the past." 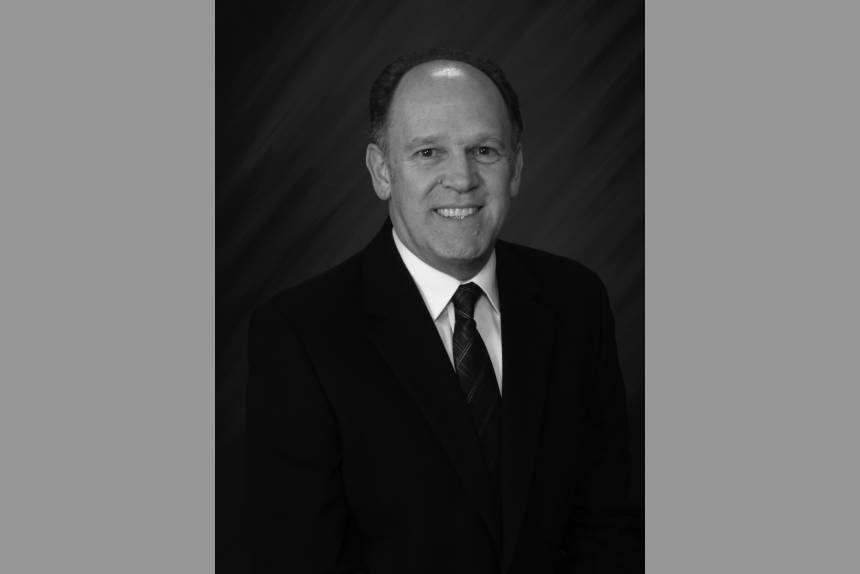 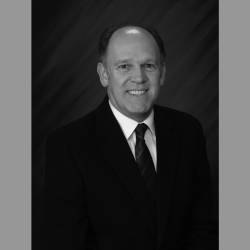 Michael Johanning, Olathe, Kan., was honored with the Citation of Merit Award. He received his bachelor’s in agricultural journalism in 1974. He had a 38-year career with John Deere, with assignments in publications, product support, sales, marketing and strategic planning. He is president of the Missouri Agricultural Foundation. Johanning also has served as chairman of the Agricultural Business Council of Kansas City, on the Mizzou Ag Alumni Association Board of Directors and as chairman of the Ag Alumni Association’s Ag Unlimited fundraising event. He spearheaded the creation of a promotional video for the Ag Alumni Association. "Mike Johanning is the kind of professional who strives for excellence with any project he is involved," said Colleen Abbott, past president, Ag Alumni Association. "This was evident in his work at John Deere, but also his volunteer work on the Ag Alumni Board. Mike was not a board member who only showed up to meetings, but invested his time and resources as a committed board member set to leave a lasting impact." 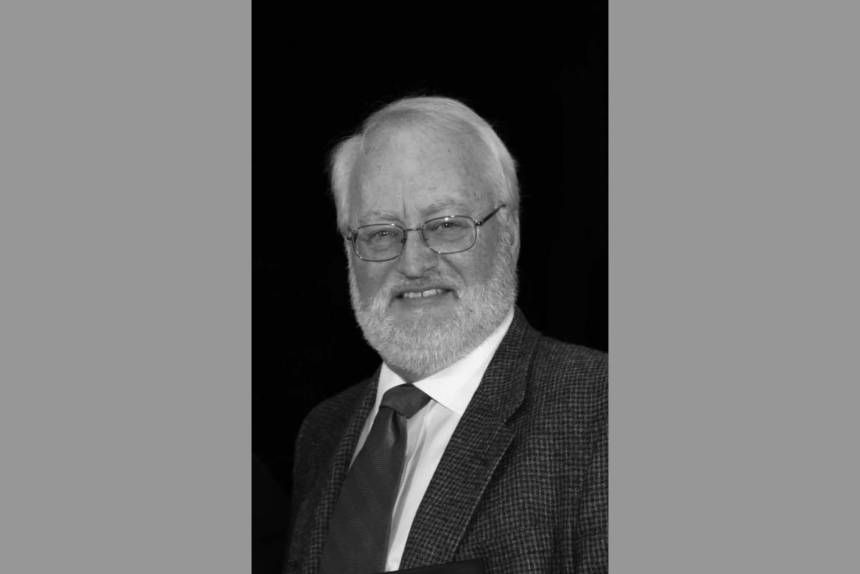 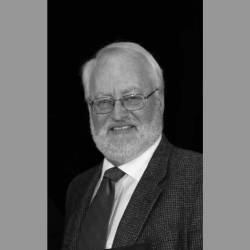 Brad Fresenburg, Columbia, Mo., was honored with the Dana Brown Haynes Distinguished Service Award. He received four degrees from the University of Missouri — B.S. Ag ’76, M.S. Agronomy ’80, MBA ’90 and Ph.D. Agronomy ’10. Fresenburg has conducted turf research since he joined Mizzou as a research specialist in 1987. Along with his research, Fresenburg has a passion for mentoring students and working as an extension specialist. Fresenburg works hard to keep in touch with his former students. He acts as a mentor to those former students, as well as a friend. Many of his students have followed in his footsteps and gone on to careers in turf management. Teamwork is a priority for Fresenburg, too, as he coordinates training sessions and programs for colleagues. "As a former student of Dr. Fresenburg’s at the University of Missouri, it is safe to say he made a deep and lasting impact on me," said Alex Politte, assistant head groundskeeper, Oklahoma State University. "As a professor in the plant science program, he made each and every class period fun, exciting and entertaining. Through real-world experiences, his diligence in the field, and his personable approach with his students, he created an educational experience far greater than anything I had imagined. I truly looked forward to the opportunity to soak up anything I could, in every situation, from Dr. Fresenburg." 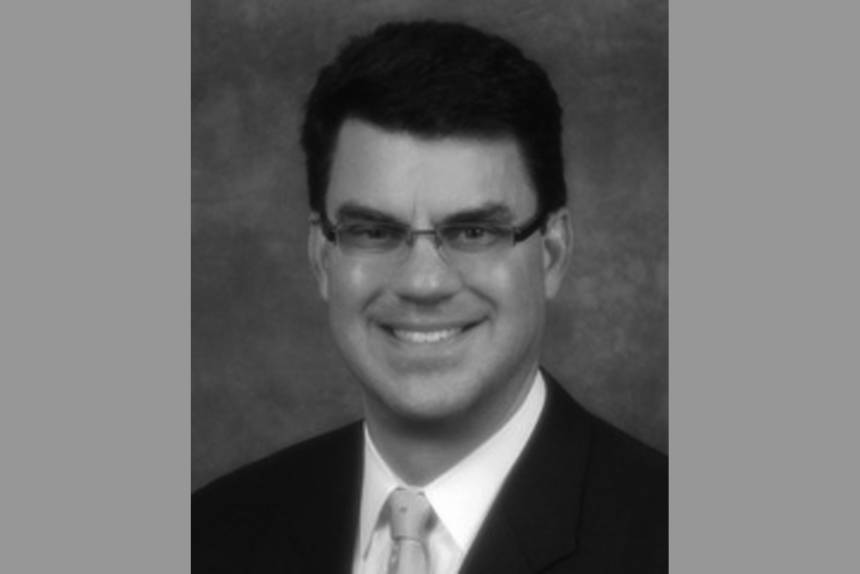 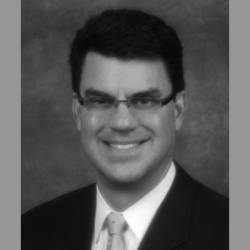 Peter Hofherr, St. James, Mo., was honored with the True Tiger Volunteer Award. As a native Missourian, Hofherr has always been a strong supporter of Missouri agriculture. Hofherr earned degrees from Auburn University and Georgia State University before receiving his Ph.D. in agricultural and applied economics from the University of Missouri in 2014. Hofherr has served as the assistant director for the McQuinn Center for Entrepreneurial Leadership at MU since 2005 and has been the chairman and chief executive officer of St. James Winery since 2008. He is part of several wine and grape boards and was the director of the Missouri Department of Agriculture from 2003-05. "Peter is an authentic leader who gives of himself and achieves results. CAFNR and the state of Missouri have greatly benefitted from his many contributions. He is everything that this award stands for — excellence, leadership, collaboration — with an unwavering commitment to CAFNR, MU and Missouri." 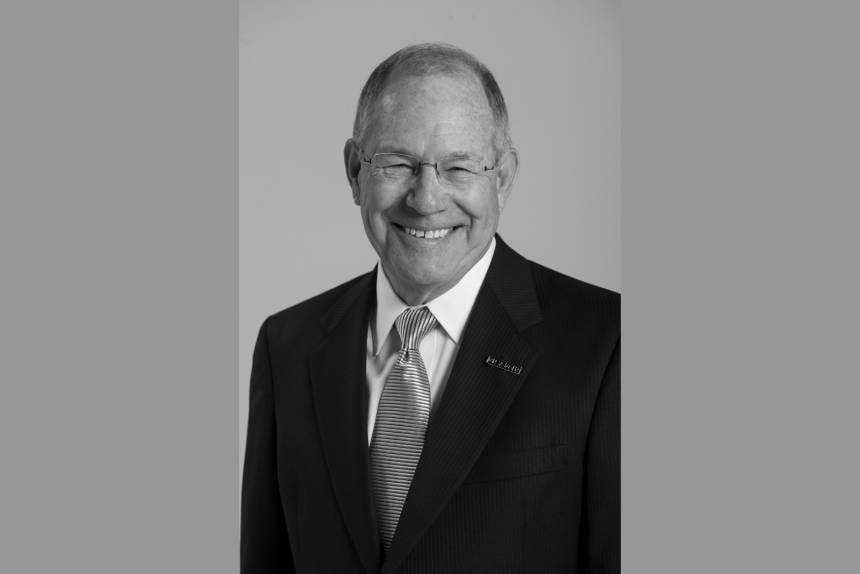 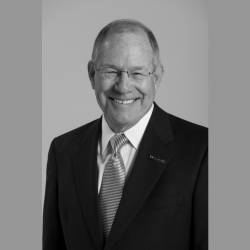 Thomas L. Payne, Columbia, Mo., was given Honorary Membership in the MU Ag Alumni Association. He served as vice chancellor and dean of the College of Agriculture, Food and Natural Resources from Jan. 1, 1999, to Dec. 31, 2016. He received his bachelor’s from the University of California, Santa Barbara, and master’s and doctoral degrees from the University of California, Riverside. Payne is the founding co-editor of the Journal of Insect Behavior. He is a Fellow of the Entomological Society of America and has received the Alexander von Humbolt Prize and the Entomological Society of America Outstanding Research Award. He has served on the Governor’s Advisory Committee on Agriculture in Missouri and the Agriculture Future of America Board. "Tom has true passion for Missouri agriculture and our college," said Richard Fordyce, former director, Missouri Department of Agriculture. "I am a little bit surprised he does not already hold Honorary Membership. His smile and charisma will always be remembered positively in the agriculture community. It is my honor to recommend Tom Payne for Honorary Membership." 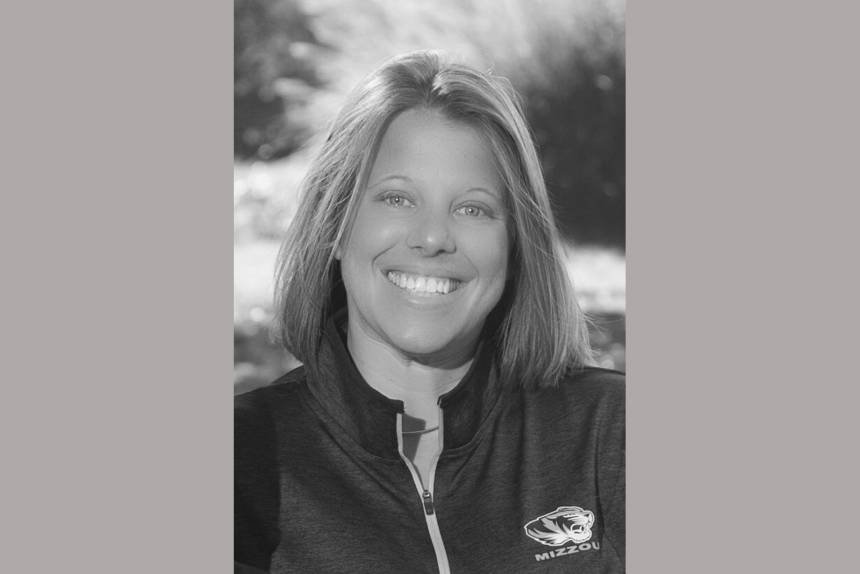 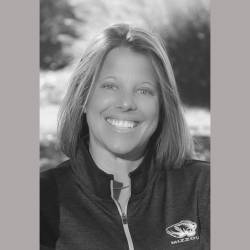 Kristen Marshall, Smithville, Mo., was honored with the Ag Alumni Association Past President Award. She has been an account director at AgCall U.S.A. since December 2010. In this role, she has developed and executed customer influencing strategies for agricultural clients including FMC Agricultural Solutions, BASF, Vive Crop Protection, and Bayer CropScience. Marshall received a bachelor’s degree from CAFNR in agricultural journalism, with honors, in 2000, and an MBA with emphasis in agribusiness from the University of Nebraska-Lincoln in 2002. She has served as the National Careers Committee chair and the Student Marketing Competition chair for the National Agri-Marketing Association (NAMA). Marshall served as president of the Kansas City Chapter of the Mizzou Alumni association in 2012-13, in addition to her service as president of the Mizzou Ag Alumni Association Board of Directors. She was recognized by the Mizzou Alumni Association as the recipient of the G.O.L.D. Volunteer Leader Award in 2010, and by NAMA as the recipient of the Workhorse of the Year, President’s, and R.C. Ferguson awards for her service to that organization. "Some things in life we take as a given. The sun will come up in the east and Kristen will always have a new idea we can try," said Alan Weber, past president, Ag Alumni Association. 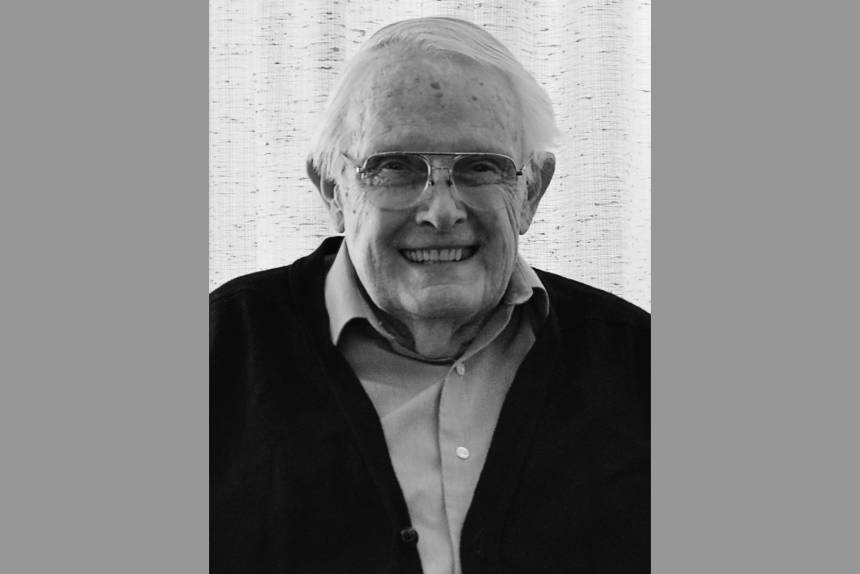 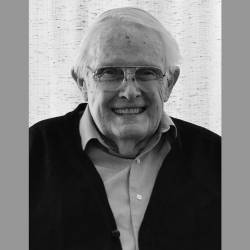 Rex R. Campbell, Columbia, Mo., was named the Alumnus of the Year. He received all three of his degrees from CAFNR — bachelor’s and master’s in agricultural extension, and his Ph.D. in rural sociology. Campbell, professor emeritus of rural sociology, served as department chair from 1974-79 and 1985-90, and has been chair of the MU Faculty Council. He served more than 30 years on Columbia city committees, including 12 years on the City Council (four years as mayor pro-tem). Campbell chaired 65 graduate degree programs, taught 600 courses, developed 20 new courses and taught 12,000 students. He still teaches one course per semester, for which he refuses compensation. His research has been featured on both the front page of the New York Times and the Wall Street Journal twice. He established the Rex and Mary Campbell Scholars program, which currently supports six scholarships and has supported 14. In addition, an estate gift from the Campbells will create the Rex and Mary Campbell Institute for Excellence in Teaching and Learning. "His generosity has no end. Rex and his wife Mary have made education their life’s mission, which includes helping this generation of students pay for ever-increasing college tuition," said Thomas L. Payne, professor of entomology & former CAFNR vice chancellor and dean. "Rex and Mary’s amazing legacy will live on forever within CAFNR and Mizzou." 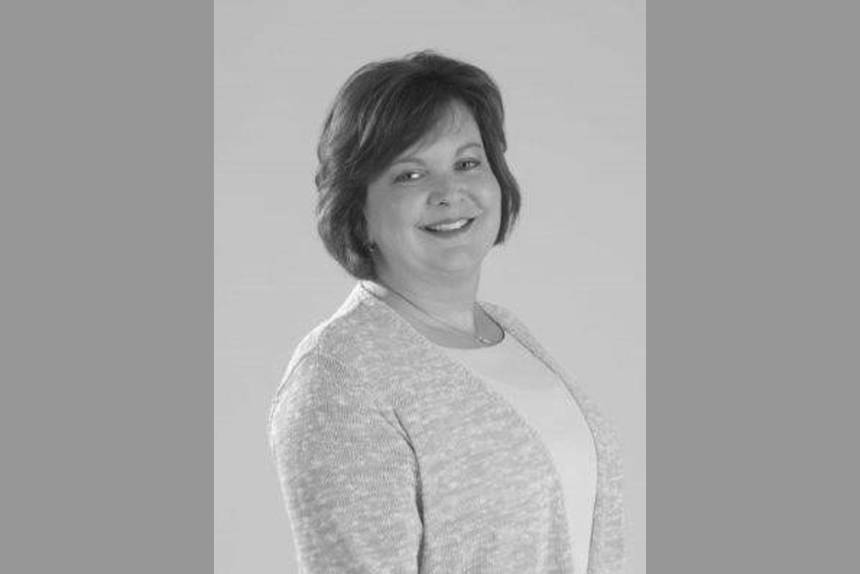 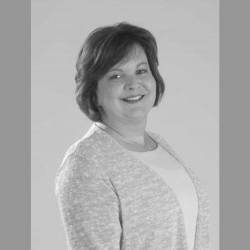 Robin Wenneker received the Frederick B. Mumford Award for Distinguished Service. She is the managing partner in a family business that owns farm, rental and land holdings. She handles investments, legal issues, government and accounting interfaces. She formerly worked for Procter & Gamble and the 1996 Atlanta Paralympic Games – the world’s largest games for the disabled. She graduated with a B.S/B.A. from Mizzou in 1991 and an MBA from Washington University in 2002. Wenneker has served as president of the CAFNR Foundation and is part of CAFNR’s Campaign Steering Committee. She received Honorary Membership in the Mizzou Ag Alumni Association in 2014. She is the Mizzou Alumni Association treasurer for 2017-18. “Robin’s affinity for fostering relationships and connecting people is just one of her many talents,” said Darcy Wells, CAFNR senior director of advancement. “She has worked tirelessly to do just that through her work at Mizzou serving on numerous committees and advisory boards across campus, leading alumni chapters and serving as mentor to MU students. She is sought after to lend her expertise on groups like the Griffith’s Leadership Society (mentor task force co-chair), Friends of the Library Society Council, Alumnae Secretary to Kappa Alpha Theta, Mizzou Alumni Association Governing Board, the Executive Board of MAA’s Boone County Chapter and on the rules committee for the MUAA Athletics Committee. And, most recently, she was appointed to the Chancellor’s Search Committee, attesting to our campus leadership’s confidence in her. Although Robin is a graduate of MU’s College of Business, she has made CAFNR her home through family connections – her father and grandfather were CAFNR graduates. Robin and her mother Carolyn support two Wenneker/Patrick family named scholarships in CAFNR.”