Hagar, who is receiving an emphasis in both lodging management and food & beverage management, has been working in restaurants since high school and is now a manager at a local franchise. His career goal is to become an executive at Disney and/or open his own franchised restaurants. He also gives back to the community and his fellow students by volunteering as a driver for STRIPES. 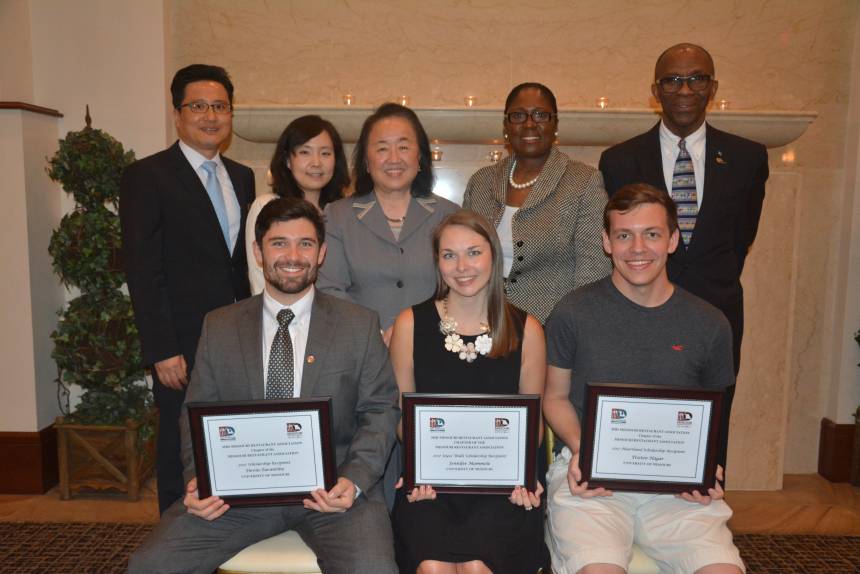 Hilbert’s emphasis area is in lodging management and she has career goals of becoming the general manager of a private club or country club. She is on the Dean’s list and is very active in leadership roles in student organizations including the student chapter of Club Managers Association of America and Hotel and Lodging Student Association. In addition, she has volunteered many hours for multiple non-profit organizations and events including the MS 150, Dress for Success and Food Harvesters.

Mammele, who is emphasizing in conference and event management, has the career goals of planning high-end and celebrity events in Los Angles, California. To supplement her classroom education, she has interned at, planned and worked many events including weddings, golf tournaments, campus events, Columbia Convention and Visitors Bureau events, etc. She is on the Dean’s list and is involved in multiple student organizations including the MIZZOU Special Event Society.

Tarantino’s emphasis is in food and beverage management. He left Colorado to come to Mizzou and has been very active in student life in addition to work and school. He founded the MU chapter of Delta Kappa Epsilon and has held various leadership roles including Interfraternity Council President. Tarantino has worked in both the kitchen and behind the bar and has the career goal of owning a high-end restaurant or bar and to venture into higher education as the director of student involvement at a major university.