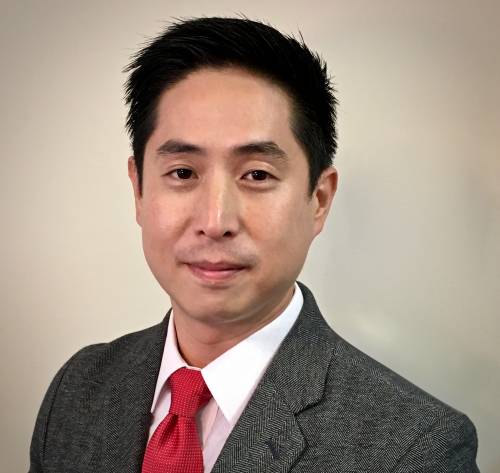 The first recipient of the Dr. C. Jerry and Barbara Nelson MU-Korea Ag Alumni Fellowship, Jinhyoung (Jin) Kim, recently completed his Ph.D. at the University of Missouri in agricultural and applied economics in May 2017.

In 2003, Korean students at MU and the MU-Korea Ag Alumni Association established the fellowship in the College of Agriculture, Food and Natural Resources. Jerry is an emeritus professor (and CAFNR’s first-ever Curators Distinguished Professor) in agronomy. He and his wife, Barbara, made outreach to other nations, especially South Korea, their life’s work. The fellowship honors Barbara, who passed away in 2003, as well as the long-term professional commitment Jerry and Barbara made to assist that nation and its people.

MU has a long history of educational collaboration with Korea. In the 1950s, President Harry S. Truman worked with Elmer Ellis, then the president of MU, to create an opportunity for qualified Korean students to attend MU tuition-free. MU’s reputation continued to attract Korean students after the program ended. Many of these alumni have returned to Korea and assumed leadership roles in academia, government and business. With this strong base of talented alumni, the Korean Chapter of the MU Alumni Association was formed. The MU-Korea Ag Alumni Association is a sub-group of that chapter. It focuses on improving relationships and opportunities for agricultural research and scholarship between MU and Korea.

Jin had to overcome many obstacles to get where he is today. After a family emergency necessitated him to return to his hometown of Seoul, South Korea, he was unsure if he would be able to come back to finish his studies. At the urging of his MU faculty and mentors, and after receiving the Nelson fellowship, he was able to return to Mizzou.

“Impressive emotional support from mentors, including Professor Thomas G. Johnson from the Truman School and the Department of Agricultural and Applied Economics, and financial support from the Dr. C. Jerry and Barbara Nelson MU-Korea Ag Alumni Fellowship, and the Asian Affairs Center, were important factors that enabled me to be successful in the Ph.D. program,” he says.

Before coming to Mizzou, Jin finished multiple degrees in South Korea, including Indian studies, law and economics. He worked for the Korean Ministry of Commerce, Industry, and Energy for three years and then taught classes in the field of political economics at the Hankuk University of Foreign Studies. He came to Mizzou in 2010 and received his master’s in public policy from the Truman School of Public Affairs in 2013. His mathematical and analytical skills led him to pursue a doctorate in the Department of Agricultural and Applied Economics where his focus has been comprehensive wealth (i.e. stock of tangible and intangible assets) and spatial economics to help researchers, students, funders, practitioners and policy makers understand the dynamics of the spatial distribution of wealth.

“I want to teach and conduct research about comprehensive wealth in higher educational institutions,” he says. “I do not have specific preferences with regard to region and country, but I want to maintain interdisciplinary perspectives.”

Jin learned about the MU-Korea Ag Alumni Fellowship while working alongside Sang Kim as a graduate research assistant in the Asian Affairs Center. He says he will absolutely recommend Mizzou to other Korean students wishing to obtain advanced degrees in the U.S. His experiences at MU have been very positive and further builds on the enhanced trust between Mizzou and a broad section of Korean society, he says.

“Many Korean students are concerned with financial aspects when they decide to study abroad, especially in the United States,” he says. “The MU-Korean Ag Alumni Fellowship and the Asian Affairs Center provide a wide variety of opportunities to ensure students keep studying at Mizzou. Please keep Koreans informed of this!”

Jin and his wife, Minjung, have two children, 10-year-old Justin and 5-year-old Sean. They have very much enjoyed their time in Columbia and have taken the opportunity to travel to more than 20 states during the last six years. They will soon return to South Korea after Jin has accepted a job again with his alma mater in Seoul, Hankuk University of Foreign Studies.