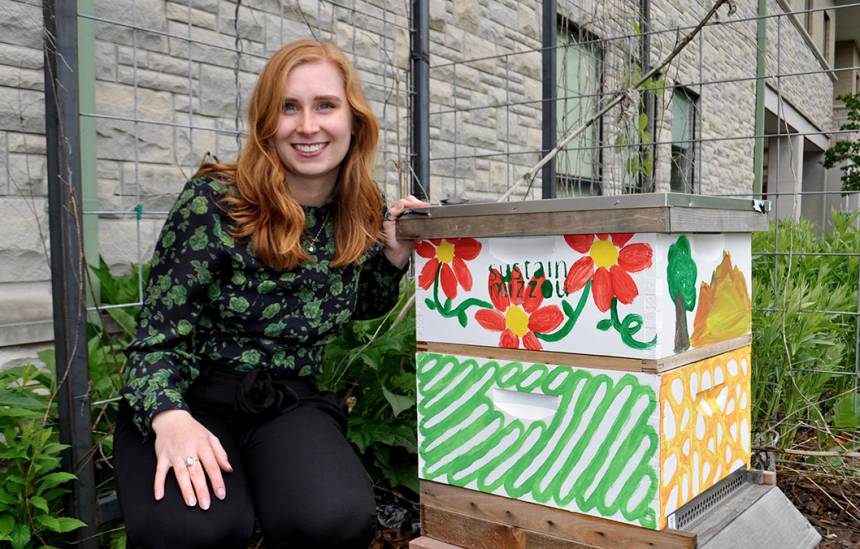 “He could really tell I had a sense of pride, ownership and potential just from reading it,” Tyminski says. “I thought the Udall Scholarship fit my personality and was geared toward what I want to do with my future, so I decided to go for it.”

The Udall Scholarship honors the legacies of Morris and Stewart Udall, whose careers had a significant impact on Native American self-governance, health care and the stewardship of public lands and natural resources. The award recognizes students for leadership, public service and commitment to issues related to Native American nations or to the environment.

Tyminski, a junior majoring in science and agricultural journalism and minoring in sustainable agriculture, is one of just 50 students nationally to earn the Udall Scholarship this year. As a Udall Scholar, she will receive $7,000 for academic expenses and access to the Udall Alumni Network, which is an association of individuals working in environmental fields who share ideas, advice, and job and internship opportunities.

Tyminski’s selection for the scholarship came because of her commitment to environmental related issues, which she has been passionate about for as long as she can remember. She recalls hiking with her parents and picking raspberries and foraging for mushrooms with her grandfather.

“I was raised to notice the environment,” Tyminski says. “As a kid, I spent a lot of time outside, so I learned to appreciate it through experiences.”

‘I wanted to learn from experience’

Since coming to MU, Tyminski has become an advocate for the environment.

“Climate change is one of the most important issues our generation is going to face,” Tyminski says. “Applying sustainability concepts to tackle and mitigate climate change is something we really need to start trying to do. I feel a sense of responsibility to do that and to challenge others to do so, too.” 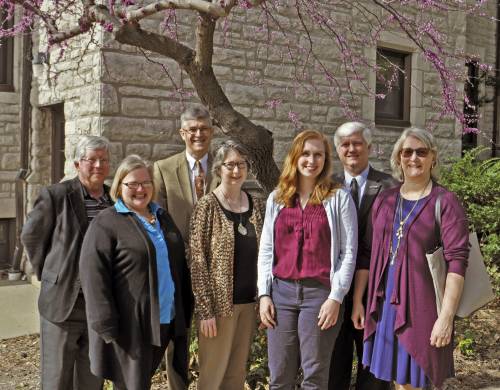 During her first year at Mizzou, Tyminski became a member of Sustain Mizzou, which is a student-run nonprofit organization dedicated to promoting sustainability through education, cooperation and local action. Later, she became the organization’s vice president of projects and founded a program called Sustain Mizzou Beekeeping. Because bees and other pollinators play an important role in maintaining the health and diversity of ecosystems, she started the program to learn more about bees and educate others. Currently, Tyminski manages two beehives located in the butterfly garden near Eckles Hall. She helps host regular hive checkups that are open to the public.

“I wanted to learn from experience,” Tyminski says. “Bees are dying, which is creating problems for the environment, and I felt the only way I could really understand the issue or explain it to others was to open my own hive.”

Tyminski is also a communication intern for Mizzou Botanic Garden, where she has the opportunity to educate people about bees and other pollinators like birds, bats and butterflies. She helps organize pollinator day camps for the Boys and Girls Club of Columbia, Columbia Public Schools, MU student organizations and 4-H, which is a youth development organization.

“I think experiential learning is super important, and getting outside the classroom gets you in a different mindset,” Tyminski says. “These camps make people feel connected to pollinators, which makes people care about them.”

Tyminski wrote a booklet to supplement what people learn at the pollinator camps. Both Columbia Public Schools and the Osher Institute for Lifelong Learning distribute the booklet.

Looking for more opportunities to educate people and advocate for the environment, Tyminski became the communication intern for Missourians for Monarchs, which is a collaboration of citizens, conservation and agricultural organizations, government agencies, utilities and agribusinesses committed to pollinator conservation. She is helping the organization create a website and raise awareness about the importance of monarch butterflies in Missouri.

“The environment and sustainability overall is very much what I care about,” Tyminski says. “It’s a piece of me that is very important to me.”