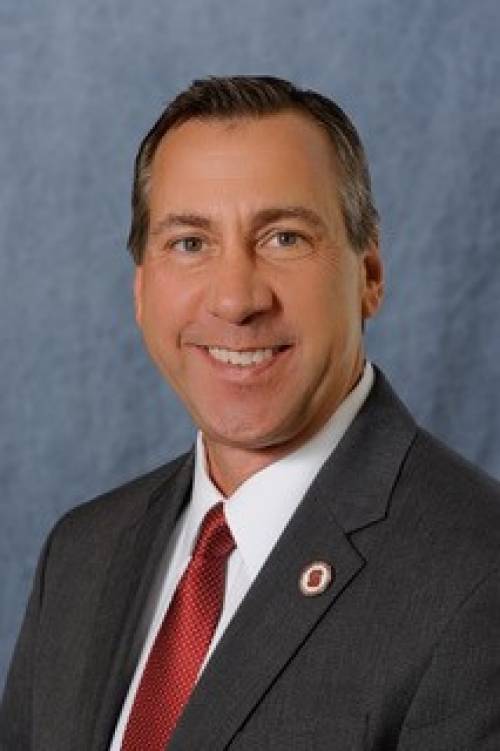 “The MU College of Agriculture, Food and Natural Resources has strong people, programs and partnerships serving our land-grant heritage, making CAFNR such an attractive destination and opportunity for leadership,” Daubert said. “The faculty and staff are exceptional and dedicated, and CAFNR’s students are incredibly capable and well prepared to serve our stakeholders. During the interview process, it was clear that the college and the university have strong support across the entire state of Missouri, including alumni, commodity organizations, and members of the Missouri legislature. Agriculture is such an important part of Missouri, and everyone is eager to help move our college forward.”

Daubert joined the faculty at NC State in 1997 in the Department of Food, Bioprocessing and Nutrition Sciences. While at NC State, he also served on the faculty of the biotechnology program and the Department of Biological and Agricultural Engineering. As an administrator, he has been leading an economic development initiative aimed at transforming North Carolina into a regional food processing destination, a project that supports the food and agriculture industry while creating new jobs.

Daubert received his bachelor’s degree in agricultural engineering from The Pennsylvania State University in 1991 and a doctorate in agricultural engineering and food science from Michigan State University in 1996. As a researcher, Daubert has authored nearly 100 peer-reviewed publications and books; mentored more than 20 graduate students and post-doctoral researchers; and obtained two patents connected to his research.

“With a career spanning more than 20 years, Professor Daubert is a dedicated administrator and teacher focused on the land-grant philosophy, agriculture and food research, and innovative economic development initiatives,” said University of Missouri Interim Chancellor and Provost Garnett S. Stokes. “His experience will enable him to lead MU’s students, faculty and staff, and represent Mizzou effectively with CAFNR’s constituent base including members of Missouri’s broad agricultural community.”

In his new role as vice chancellor and dean, Daubert will report to the provost and be responsible for strategic planning and budgets, hiring faculty and staff, development activities, and building a climate of excellence on campus and throughout the entire University of Missouri System to fulfill the university’s mission of teaching, research, service and economic development.