Jesse Hoff, a graduate student in the Division of Animal… Expand ▸

On early Thursday evenings at the Craft Beer Cellar in downtown Columbia, one can always listen to a wide variety of rock songs while sipping his or her favorite beer – but it’s the conversations generated that are sweetest song to Tim Beissinger at the weekly sessions known as “Detox.” 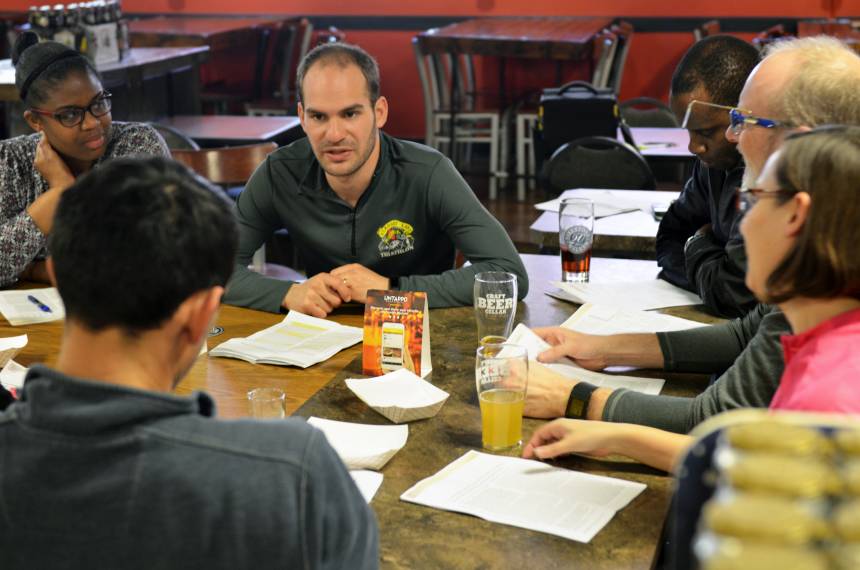 An adjunct professor in the Division of Plant Sciences and a research geneticist with the USDA Agricultural Research Service by day, Tim started the group – which may best be described as the confluence of academic papers and book clubs – in November 2015, shortly after arriving on the University of Missouri campus.

As a postdoctoral fellow at the University of California, Davis, Tim had first taken part in something similar called “Rehab” before coming to MU.

“It was so much fun. I wanted to start one of these things at Mizzou,” Tim says. “It’s been pretty successful and the idea is that we like science and so let’s enjoy it, instead of just thinking of it as a job.”

The premise is as such: The group meets on Thursdays at 5 p.m. at the Craft Beer Cellar, located near the corner of Cherry and Ninth streets, for about an hour to go over a recent academic paper on evolutionary genetics. The featured paper is posted on the group’s website and sent out via email by Tim. Alcoholic consumption is optional; adding to the conversation at hand is not.

“It’s intentionally at a bar not because everybody drinks but, the off-campus location emphasizes that science isn’t just work,” Tim says. 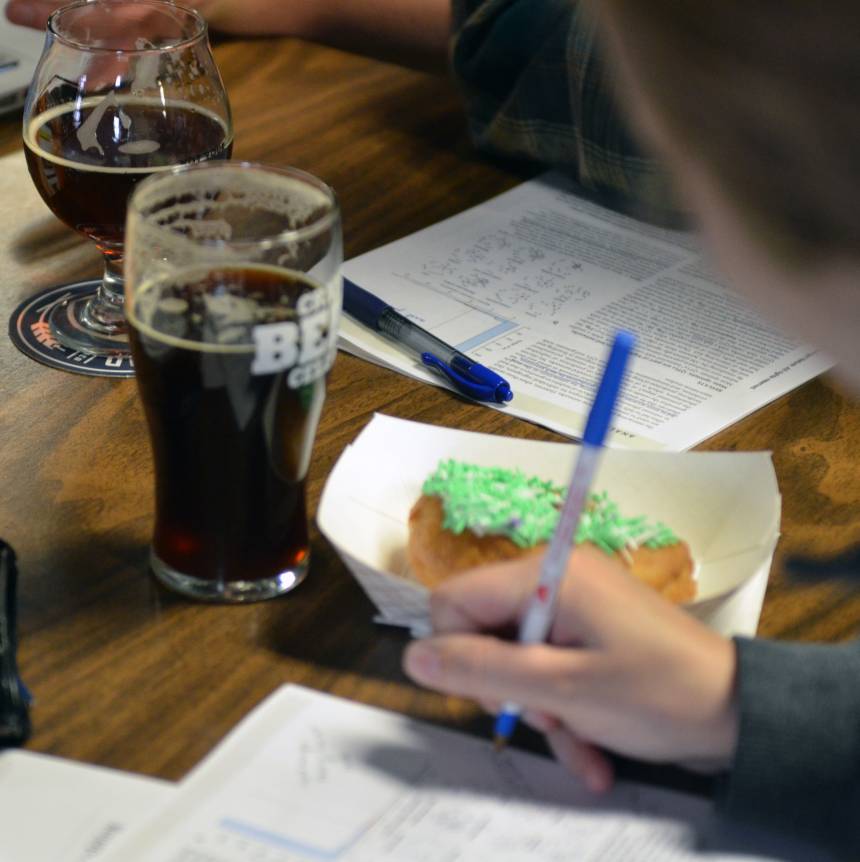 The Detox group has been meeting since November 2015.

The group is inclusive, open to everyone from undergraduates to professors from any college or school at Mizzou.

On one recent night, 11 people had gathered around two tables that formed a large “T” in the middle of the establishment to discuss a paper written about “individual quantitative trait phenotypes in yeast,” by two geneticists from Upsala University in Sweden.

One of the first people at the table is Husain Agha, a junior from the Kansas City area. He is currently majoring in classical studies, but accepted a job working in Tim’s lab after becoming a frequent participant with the group.

“I want to go into science, maybe plant science,” Husain says of his post-undergraduate plans. “The more I work with it, the more I like it.”

What would he like to tell possible newcomers about the group?

“That it’s not as dry as it sounds,” he says. “I think when people hear that we read papers, they’d be like ‘Ugh, read papers!’ I think after a few times of reading papers, though, you actually begin to know how to read them and so that will help you, but also it’s just fun hanging out with these guys.”

‘Grab a paper, grab a beer’

Besides Tim, the CAFNR coalition included a group of graduate students from the Division of Animal Sciences, with one student from the laboratory of Jerry Taylor (Jesse Hoff) and three students from Jared Decker’s lab: Troy Rowan, Sara Nilson and Harly Durbin. 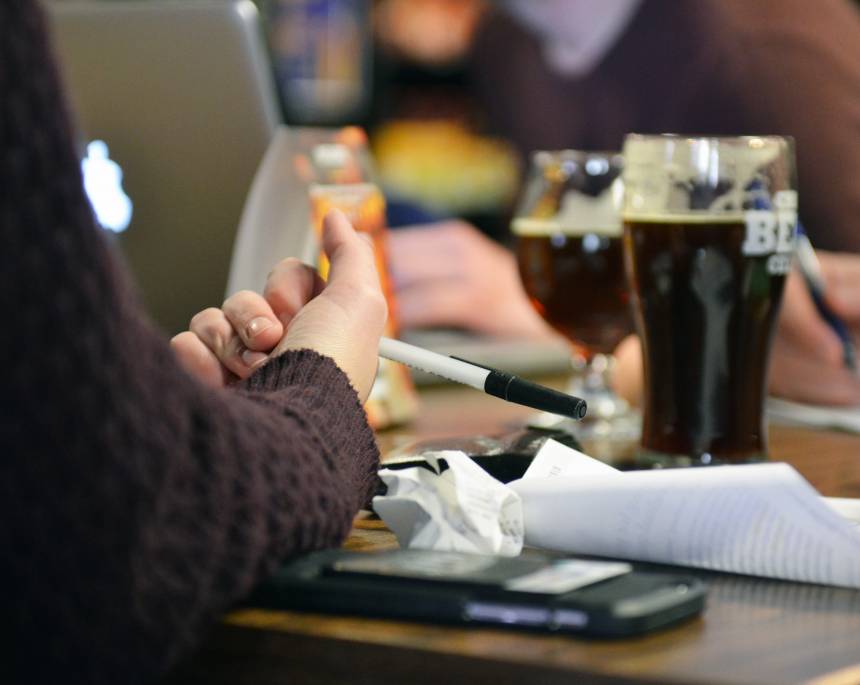 Tim Beissinger says that the Detox group is “intentionally optional.”

Troy, who is a first-year doctoral student from Bedford, Iowa, first found about the group after hearing one of Tim’s pitches for the group during a class that he took on population genetics taught by Tim and Jerry. As of mid-April, he had been seven or eight times.

Troy says that the informal and relaxed atmosphere makes it a comfortable space to learn, even if you may find yourself a bit lost in what is being talked about.

“The people there – whether they are professors, older students or postdocs – are all super open to going back to the basics and making sure you understand stuff before they blow past you and get into the real nitty gritty of the papers,” says Troy, whose drink of choice is “any good IPA (India pale ale).”

He has already noticed a significant difference in how quickly he can go through and analyze a paper, simply because of the repetition of reading them.

“I know it gets really busy during the school year and I don’t read as much as I should, but having a paper that I have to read every week I think is just really beneficial,” Troy says. “It gets me reading and it gets me critically thinking about topics that are not directly related to my field, but still definitely academically relevant to me.”

Although there is plenty of talk surrounding the paper at hand, the conversation also regularly goes into many other topics, including those surrounding life in general. Such dialogue creates a sense of a tight-knit community in a low-key atmosphere, Troy said.

“Give it a shot. Read the paper. It’s a cool group of people to be a part of… just grab a paper, grab a beer and just do it.”