Alex Clarke, a junior majoring in biochemistry, has been selected to serve as a summer research scholar at Cornell University. The program will run from May 31 through July 28 and will take place at Cornell’s New York Agricultural Research Station in Geneva, New York. 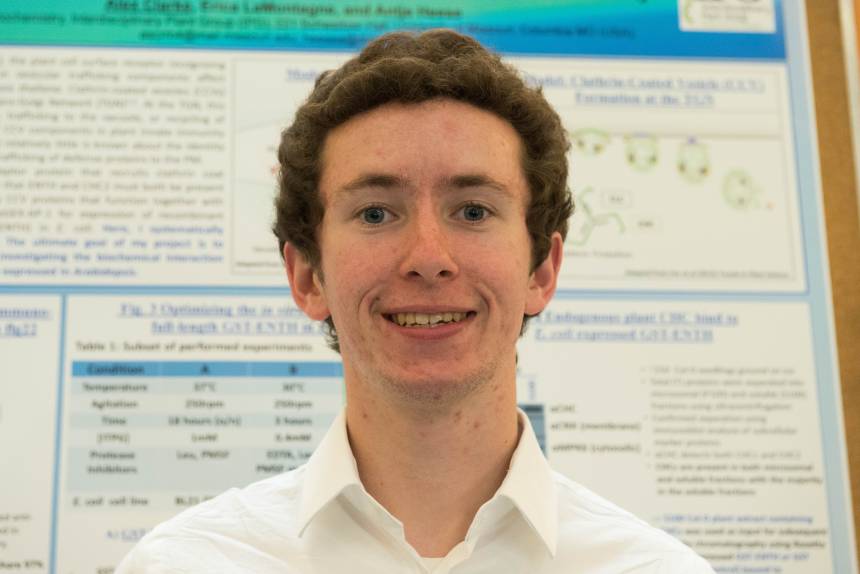 The Ashland, Missouri, native will be working under Marc Fuchs, associate professor of plant pathology and plant-microbe biology at Cornell, to investigate grapevine red blotch-associated virus (GRBaV), a newly discovered virus present in grapevines. Fuchs’ team studies the transmission of this virus, working towards quicker identification and treatment.

Antje Heese, associate professor of biochemistry and Interdisciplinary Plant Group (IPG ) faculty member, originally encouraged Clarke to consider the program. Clarke has been working in Heese’s lab in Schweitzer Hall since the fall of 2014.

“It will make him stronger on all levels,” Heese said.

Clarke agreed: “I’d love to walk away with some new lab techniques as well as having learned more about a different plant species. I would definitely love to make some connections with faculty there.”

This is but the latest in a list of achievements from an individual whom Heese calls, “one of the star students of biochemistry.”

Clarke divides the credit for his interest in plant science between his parents and his involvement with FFA throughout his high school career. His mother, Kristi, holds a master’s degree in agronomy and his father, Andrew, is an associate professor and undergraduate advising chair in food science. 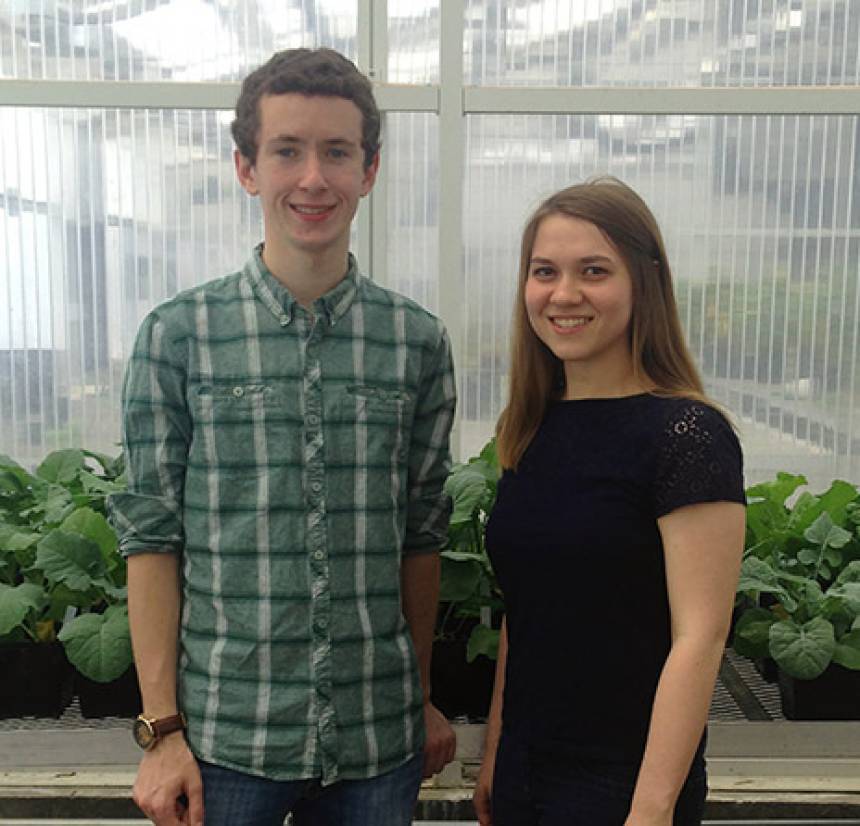 Clarke has now been working in the lab for nearly three years.

“Very quickly I realized that he had curiosity. He asked wonderful insightful questions,” Heese said. “I think he’s a great role model for the other students.”

Clarke returns the feelings towards the lab and the work he is doing. He said he believes discoveries made there could lead to major breakthroughs in agriculture such as tools that could prevent crop loss and other major industry issues.

“I feel like it could have a pretty big impact down the road,” Clarke said.

Clarke is now highlighted in the very brochure that sparked his interest in FRIPS.

For the summer of 2016, Clarke and Julia Brose, a junior in biochemistry, were two of 15 recipients nationwide to receive an undergraduate research fellowship from the American Society of Plant Biologists. Clarke used this fellowship to continue working in Heese’s lab. This June, Clarke, Brose and Heese will fly to Honolulu to present their findings at the society’s annual meeting.

This spring, Clarke’s poster presentation at Life Sciences Week over his previous year’s work won first place in the molecular and cellular biology category. Clarke was also a recipient of the 2017 Award for Academic Distinction from the Office of Undergraduate Studies. He was nominated by Heese for this honor. She highlights Clarke’s ability to take and retain criticism. 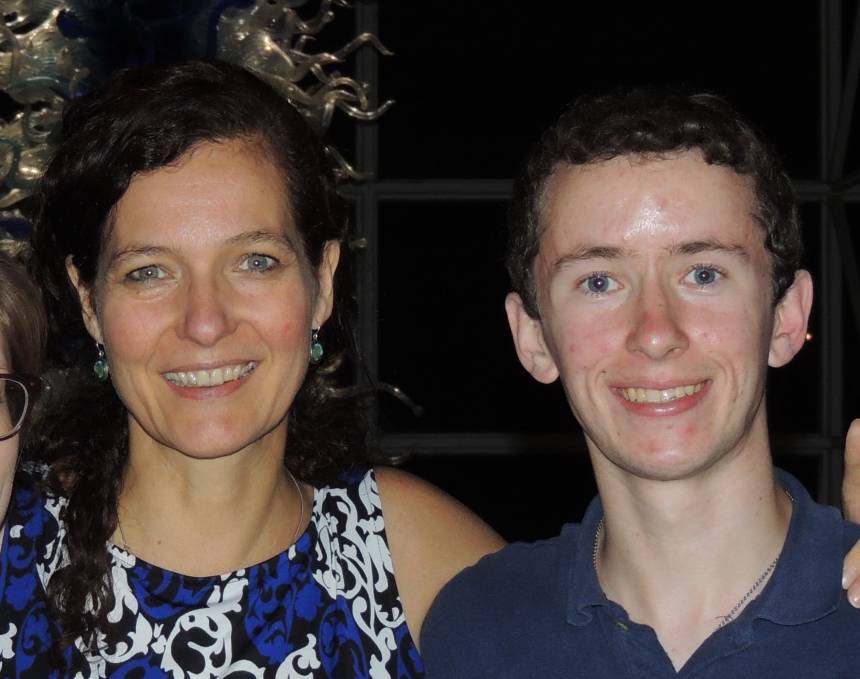 “If I said something half a year ago – he remembers,” Heese said.

Clarke is also a member of the Mizzou Biochemistry Club and is an undergraduate research ambassador. Through this position, he represents the office at campus events and gives presentations to groups and classes.

Clarke plans on graduating in May of 2018 and hopes to first pursue graduate school followed by working in research with an agricultural company.

Heese has high hopes for what Clarke will accomplish, “I have no doubt that if he wants to do something – he will succeed.”