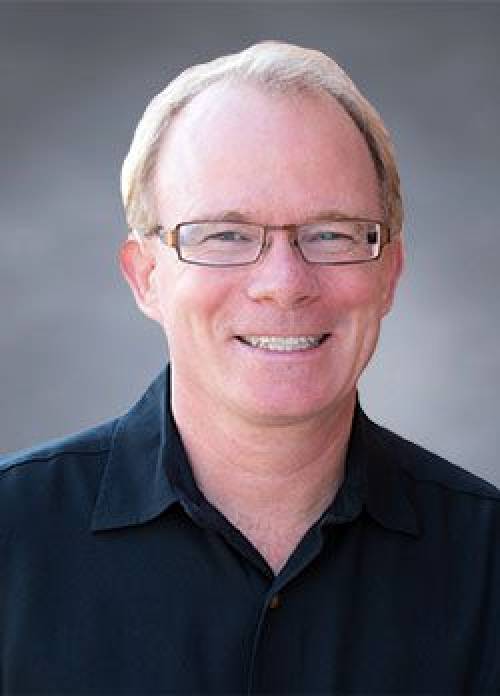 University of Missouri Professor Chris Fulcher’s great-great-great-great-great grandfather, Jefferson Fulcher, was appointed as a county commissioner in Missouri and would go on to help found the city of Columbia, Mo., in 1821. Fulcher, along with four other commissioners, also conditionally set aside land if the state university was established in Columbia.

Nearly 200 years later, in the same town founded by his ancestor, Fulcher, director of the Center for Applied Research and Environmental Systems (CARES), joins The Mizzou Advantage initiative as the newest facilitator for its Food for the Future program. He will work to connect on- and off-campus researchers with the appropriate expertise in a variety of areas, including plant and animal sciences, food safety and biosecurity and local food systems, among others.

“My role over the first several months is really going to be informed by what I learn and where the needs are, where there is a lot of energy around food and food-systems related work [and] really helping people understand what Mizzou Advantage is doing across campus,” says Fulcher.

The Mizzou Advantage initiative serves to strengthen the university’s longstanding culture of collaboration. The organization seeks to partner MU faculty with like-minded researchers from other fields under programs like Food for the Future, One Health/One Medicine, Sustainable Energy and Media of the Future.

Founded in 2010, the program has helped bring nationally-renowned faculty to campus and has received more than $4 million in donations to support the program as it promotes interdisciplinary collaboration among MU students, staff, faculty and external partners to solve real-world issues. Mizzou Advantage grants have helped MU faculty pursue and win external grants, with Mizzou Advantage award recipients reporting $33 million brought to the university in subsequent economic activity.

From a long-term perspective, Fulcher wants to increase the visibility of MU in relation to food and food systems research.

“Although I’ve been here almost 30 years, I’m excited about learning much more about what our campus can do together… It’s the purview that I have as part of the Mizzou Advantage team to really see the great work that is happening around campus.”

In addition to his newest appointment as facilitator for The Mizzou Advantage initiative’s Food for the Future program, Fulcher is also an assistant research professor in the Department of Rural Sociology, with joint appointments in the MU Informatics Institute and the Truman School of Public Affairs.“It’s the team that does all the great work that actually makes it happen… I am able to do it because of the teams that are in place.”
― Chris Fulcher

When asked how he manages to balance all of these roles, Fulcher cited the “great teams” he is able to work with as a key element of allowing him to manage his appointments.

“There is a lot of overlap between what I do,” says Fulcher. “It’s the team that does all the great work that actually makes it happen. I am able to do it because of the teams that are in place.”

There is no typical day for Fulcher. In his free time, he loves to read. He spends his time balancing his readings around the impact and limitations of technology on society, one of his many interest areas.

In 2012, Fulcher received the Weight of the Nation Pioneering Innovation Award from the Centers for Disease Control and Prevention (CDC), receiving the award on behalf of his center’s work with Community Commons in the effort to prevent and control obesity.

In March 2013, Fulcher delivered a talk at the TEDxCoMo event to share his story and his experience growing up in many different countries while speaking about technology, data and the challenges associated with each.

In March 2016, Fulcher presented with Erin Barbaro, product manager at the Institute of People, Place and Possibility, and Angela Johnson, a CARES analyst, at the White House as one of 12 institutions nationwide taking part in “The Opportunity Project” spearheaded by the Department of Housing and Urban Development (HUD) and Census Bureau. (Read the CAFNR News story.)

‘It really revolved around public service’

People and place mean a lot to Fulcher. In fact, they are in many ways the foundation of inspiration for much of his community research work.

“What inspired me is living in so many different places and making meaning of that. I’m striving to belong to a community and the best way I know how is through the work I do,” he says.

Fulcher’s father worked in the military and was stationed in various regions around the globe. While growing up, Fulcher lived in Germany, England and El Salvador. Between kindergarten and his senior year of high school, he had attended 10 different schools before landing at Texas A&M University.

As an undergraduate, Fulcher was in the Texas A&M Corps of Cadets. However, a hearing problem prevented him from entering the military. This didn’t keep Fulcher from pursuing public service and finding ways to travel and see new places. 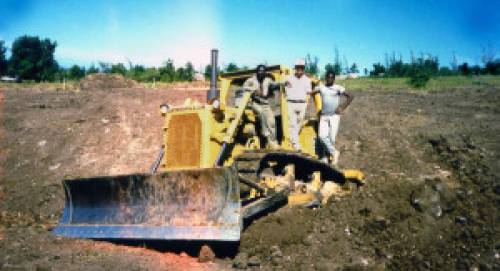 While getting his master’s degree in Agricultural Economics at Texas A&M, Fulcher met with a Peace Corps recruiter and talked with him about the opportunity to further his involvement and passion for public service.

While in the Peace Corps, Fulcher lived on Nevis, the smaller of two islands comprising the nation of Saint Kitts and Nevis in the Caribbean, from 1985-1987. While on the island, he worked with community partners on resource management projects: surveying watersheds, analyzing soil types and creating livestock ponds.

While overseas, a University of Missouri Peace Corps flyer broadcasting its preferential treatment for return Peace Corps volunteers caught Fulcher’s attention and ultimately sent him to MU to get his Ph.D.

Since starting at MU as a graduate student in 1987, he has remained in Columbia, having raised his four children in the local community. Fulcher says his new role with The Mizzou Advantage offers him a great opportunity to connect the dots and bring together new people and ideas, a role he has assumed for much of his life and looks forward to continue doing.

“We’ve had a tough several years recently, and it has been trying, but we have really great faculty and staff. I think the level of collegiality is really something that people from other campus’ notice coming here in terms of how we do work together and that we’re open to ideas and interdisciplinary research,” says Fulcher. “I think Mizzou Advantage is really creating an atmosphere and a culture of learning across disciplines.”