Two faculty members from the University of Missouri’s Division of Biochemistry – as well as a Ph.D. student – were chosen to serve as co-chairs for meetings of the Gordon Research Conferences (GRC) and Gordon Research Seminars (GRS).

In 2013, GRC attendees at the salivary gland and exocrine biology meeting voted that Gary Weisman, Curators Distinguished Professor of Biochemistry, should serve as co-vice chair for the 2015 meeting (meetings are held every other year). Likewise, attendees at the cell biology of metals meeting decided the same for Mick Petris, professor of biochemistry. These nominations held the expectation of becoming a co-chair at the following meeting this year. 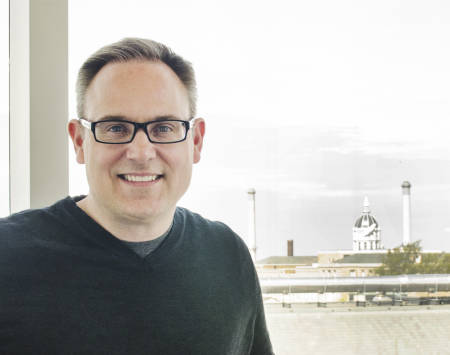 Weisman and one of his doctoral students, Mahmoud Khalafalla, recently returned from co-chairing their conference and seminar, respectively, on salivary glands and exocrine biology – the first seminar held on this topic (the conference, however, has been held since 1997).

Normally, GRS chairs are selected by attendees, but since this was the first of its kind, Khalafalla and Elaine Emmerson, chancellor’s fellow in the MRC Centre for Regenerative Medicine at the University of Edinburgh, were selected as GRS chairs by the GRC chairs, Weisman and Catherine Ovitt, associate professor of biomedical genetics at the University of Rochester Medical Center. Both the seminar and conference were held in Galveston, Texas. The seminar took place on Feb. 18-19, with the conference following from Feb. 19-24.

The cell biology of metals conference that Petris will be chairing is set to take place in West Dover, Vermont, from July 23-28. Petris is co-chairing the meeting with Roland Lill from Phillips University of Marburg. The seminar will be chaired by Kevin Waldron, research fellow at Newcastle University and Clorissa L. Washington, graduate student at the University of South Carolina.

These prestigious biannual meetings allow for up to 200 scientists to gather and discuss the latest unpublished research of the field.

“This is the premier event of the year in terms of our research,” Petris said.

Additionally, because the university provides a large portion of the funding for these conferences, “it puts MU on the map” in terms of research and recognition, Weisman said.

For Khalafalla, he said the seminar offers another opportunity.

“It is great in expanding your network and increasing your contacts – opening new venues for yourself in your future career,” he said.

What became the Gordon Research Conferences had humble beginnings in Remsen Hall, the chemistry building at Johns Hopkins University (JHU) in Baltimore. 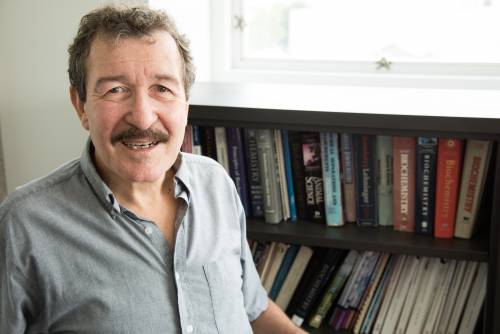 Founded in the summer of 1931 by JHU chemistry professor Neil E. Gordon, the initial meeting strove to bring scientists together to review the latest findings and continue the advancement of new discoveries. Gradually, the organization expanded, adding more meetings in more locations. Even though the GRC organization and the science that propels it have changed drastically since that first assembly, the vision from then mirrors that of today’s meetings.

Each conference has a specific and unique topic for attendees of the five-day event. Gordon Research Seminars serve a similar function, hosting a one-day gathering of graduate students and postdoctoral fellows. Following lectures and presentations, debates and discussions pour over to the lobby where individuals across a variety of disciplines discourse, making connections and catalyzing collaboration.

“That’s the way science is going these days,” Petris said. “It has to be multidisciplinary. It has to be collaborative.”

Weisman recalled attending a previous conference, in 2013, with Farid Khalafalla (Ph.D., ’14), Mahmoud’s brother and fellow MU Biochemistry graduate, and watching the young scientist remain in the lobby excitedly chatting until the early hours of the morning. Both Petris and Weisman say it is these one-on-one interactions that continue to drive them back.

This passion for collaboration also drove them to accept the invitation to chair the conferences.

Weisman, Petris and Khalafalla have been preparing since the 2015 meetings to ensure a fruitful and successful conference. Chairs are responsible for not only selecting the applicants who may attend, but also organizing the program for the conference or seminar. Ideally, this careful deliberation results in a conference schedule that will incite new ideas and will be conducive to cross-disciplinary discussion.

Additionally, chairs are responsible for procuring funds necessary to make this type of gathering possible. In this capacity, Weisman said, is where MU has shown its dedication to research and its faculty. 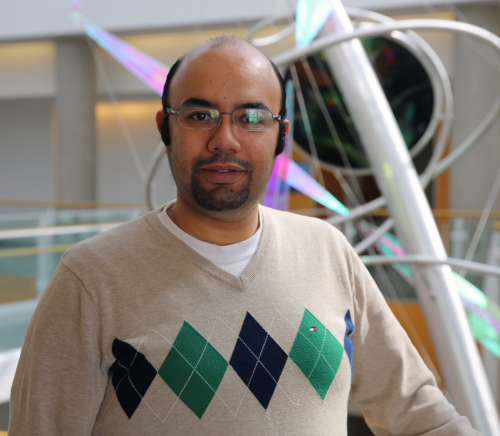 Weisman said that more than 30 percent of the expenses of the conference on salivary glands and exocrine biology were funded by the following entities: the College of Agriculture, Food and Natural Resources; MU School of Medicine; MU Biochemistry; Bond Life Sciences Center; Mizzou Advantage via the Provost’s Office; MU Office of Research, Graduate Studies and Economic Development; and the MU Office of the Chancellor.  He noted that this commitment would not go unnoticed, but rather would be seen on an international scale.

In reference to three individuals from the Division of Biochemistry being recognized, Petris said it showed that, “there are some world-class players” at MU.

It is also a step in gaining prominence in an international area, he added.

Weisman noted that the university’s continued support of its faculty and their endeavors is responsible for attracting and retaining motivated scientists.

Petris began his career at MU in 2000, and recently has been investigating copper metabolism in the context of infectious disease and how copper may be used as a toxin by the immune system to kill microbes. He is also exploring the exploitation of copper metabolism by cancer cells and the possibility of drug creation to perturb those pathways. In 2013, both Petris and Weisman published the first direct evidence that the gene ATP7A is essential for the dietary absorption of the nutrient copper.

Weisman was initially hired in 1985 as an assistant professor of biochemistry, and in 2015, he was named Curators Distinguished Professor of Biochemistry, the university’s highest and most prestigious rank. He has also been honored with the Distinguished Researcher Award from CAFNR (2012), was elected to the rank of Fellow in the American Association for the Advancement of Science in 2011 and received the Distinguished Scientist Award for Salivary Research from the International Association for Dental Research in 2016. Weisman, along with assistance from Kevin Lustig (M.S. ’91) and Laurie Erb (M.S. ‘1989, Ph.D. ’93), associate research professor of biochemistry, were the able to clone the first human gene for a P2 receptor. These P2 nucleotide receptors are present in nearly all cells and tissues and are active in facilitating functions such as muscle contraction, insultin secretion, wound healing and cell growth. He has since focused on their relation to the prevention and treatment of human diseases, particularly salivary gland dysfunction in autoimmune disease.

Weisman also serves as Khalafalla’s Ph.D. advisor. Khalafalla works closely with Weisman’s research projects in his laboratory. He expects to complete his degree by the end of this year and hopes to find a postdoctoral position and focus on cancer research, particularly immunotherapy for the treatment of oral cancer.

Before Weisman and Khalafalla headed down to Texas, all three men agreed their work at CAFNR keeps them busy, but were looking forward to the positive effects that will come from the meetings.

“I second that wholeheartedly,” Weisman added. 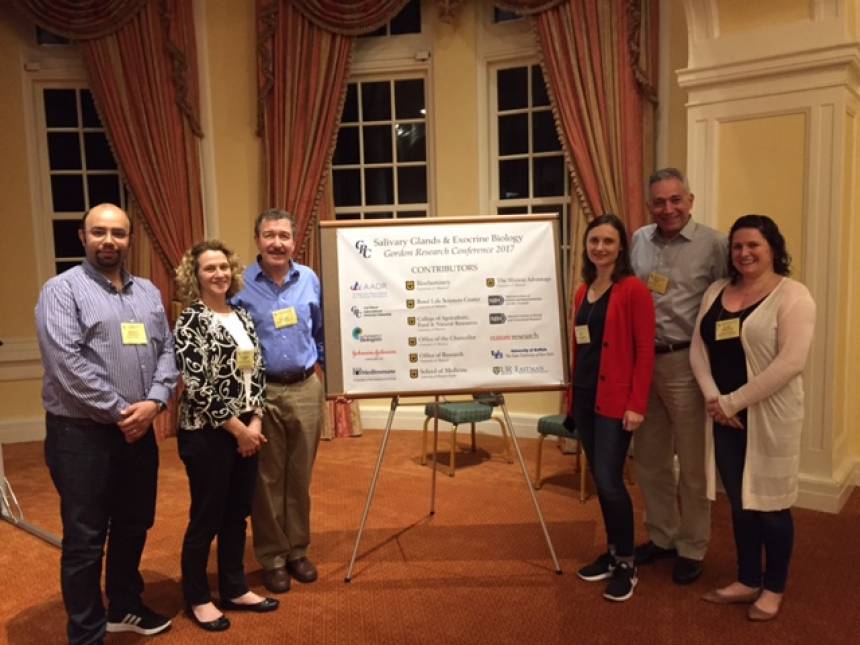 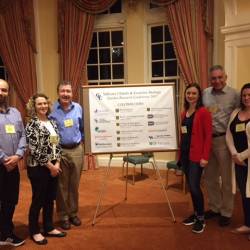 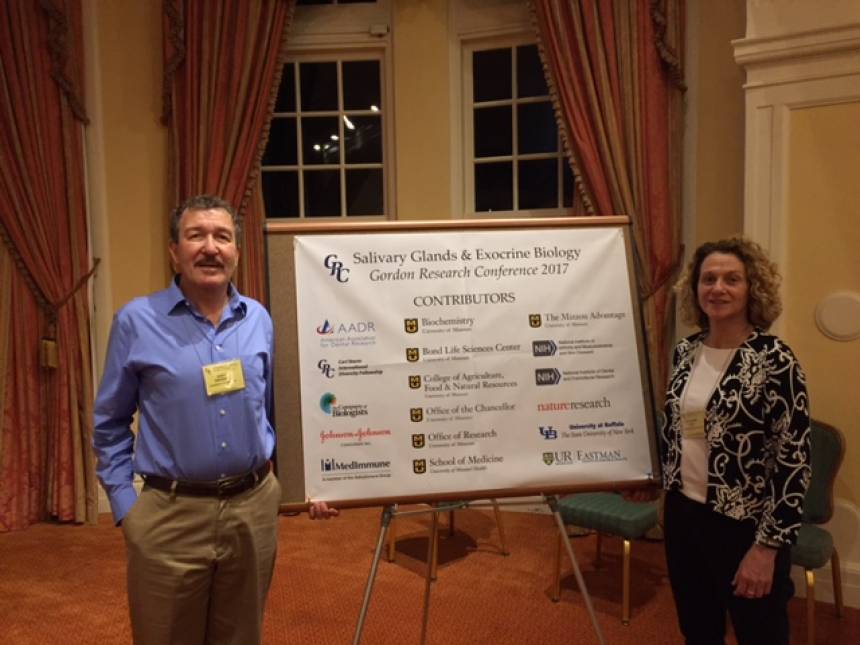 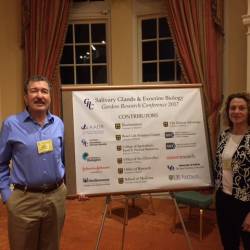 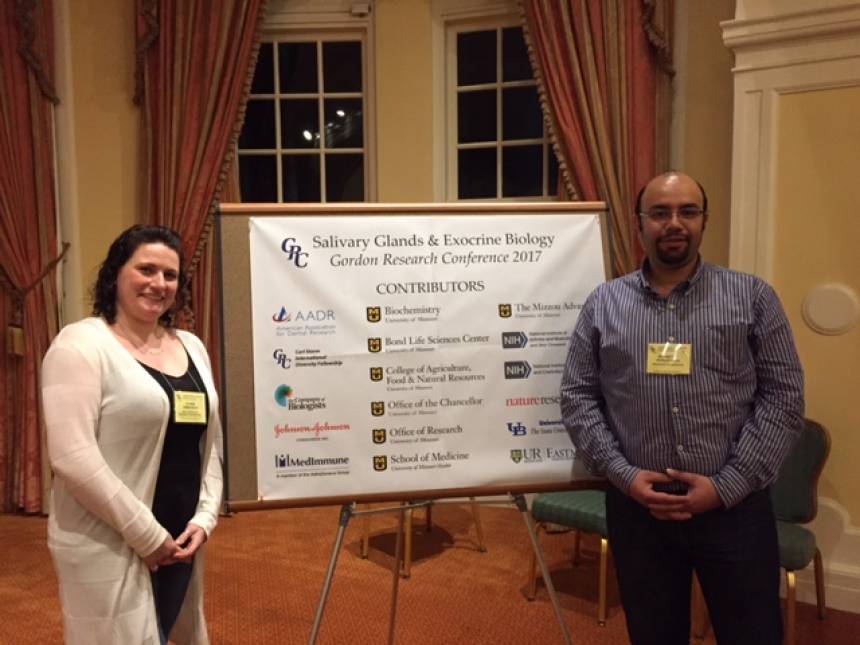 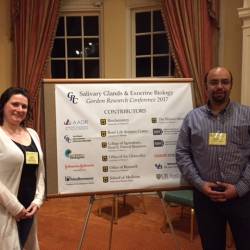 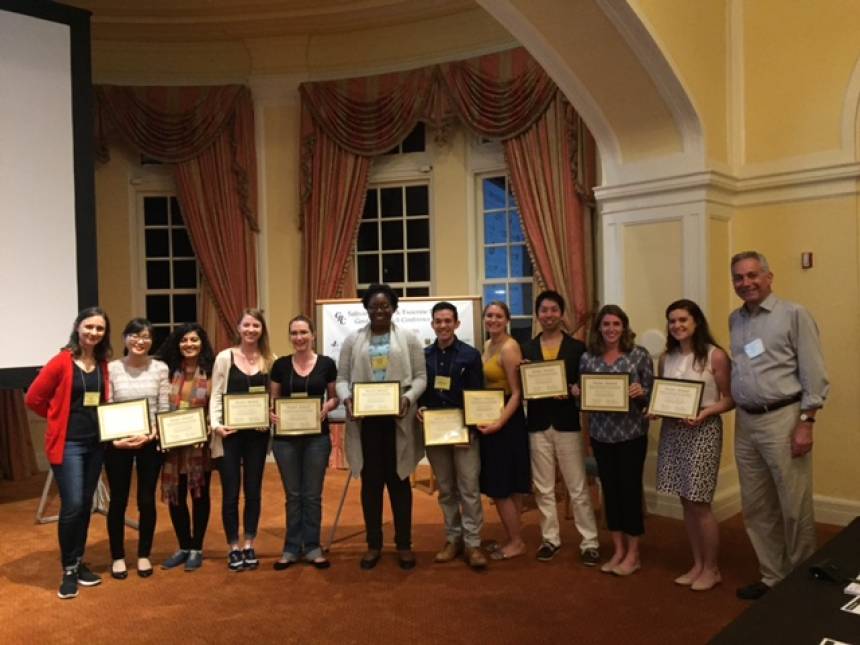 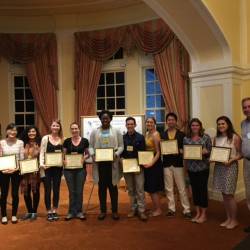 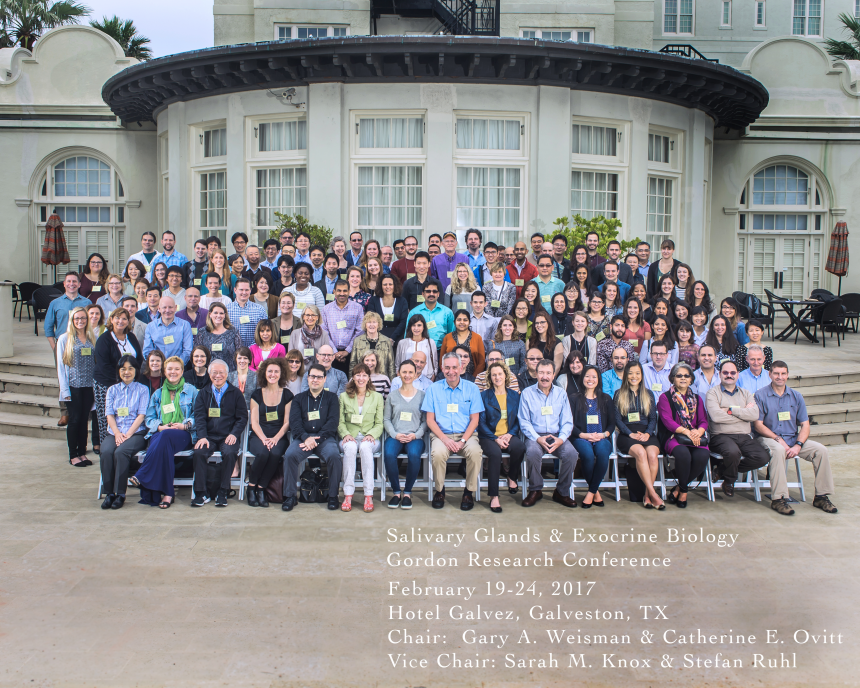 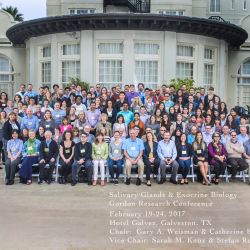