Scholarships play an important role for students in the University of Missouri College of Agriculture, Food and Natural Resources.

“The cost of earning a bachelor’s degree continues to rise, with two-thirds of today’s graduates leaving college with some level of debt,” said Bryan Garton, associate dean and director of academic programs. “In 2016, graduates across the country had an average debt of $37,000. 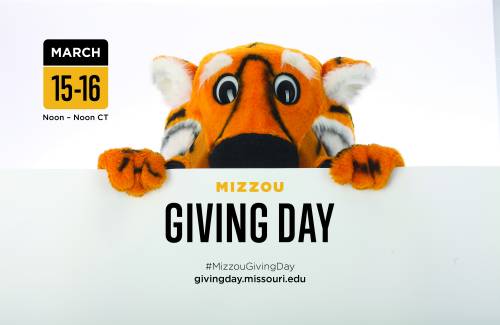 The majority of the scholarships are funded by donors who have established a named, endowed fun. However, CAFNR also has donors who support a scholarship in their name by making an annual gift to CAFNR.

There were a handful of endowment accounts added this academic year as well, including the David E. Baker Scholarship, which is awarded to students who exemplify a dedication and passion for agriculture. Junior Clara Knipp, an agricultural education major, received this scholarship this year.

“To me, this scholarship demonstrates the support CAFNR alumni and faculty have towards students and their care for our academic, career and personal success,” Knipp said. “This scholarship has reinforced the importance of being a life-long learner and using my education to benefit those around me. It is easy to go through the motions of attending class, taking exams and writing papers. However, when we as students have the support of alumni and faculty through scholarships, it places a greater emphasis on the ‘why’ of education, brining into view that our education benefits society as a whole.

“With scholarships such as the David. E. Baker Scholarship, students are better positioned to realize their infinite potential and choose to strive for excellence in their chosen path.” 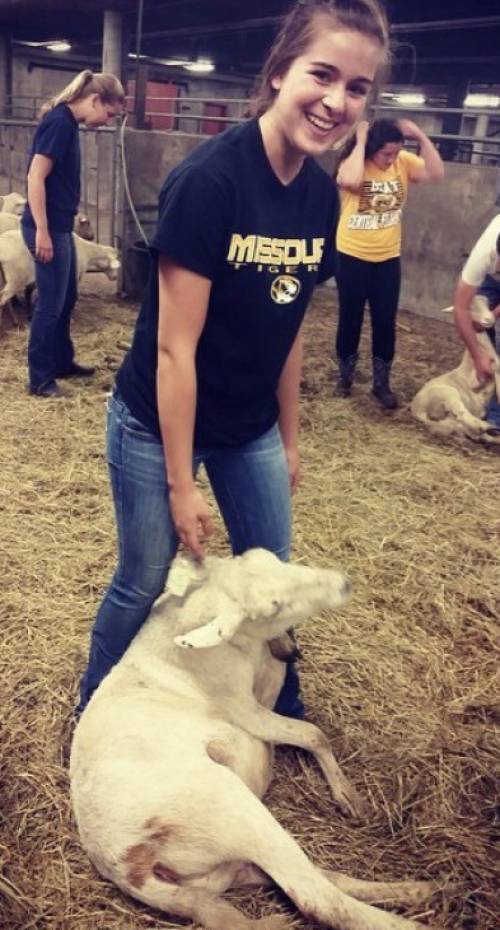 Knipp grew up on a small family farm and became more involved in the agriculture industry when she joined the National FFA Organization. The agricultural education program offered through CAFNR fit her interests perfectly.

“It was heartening to see how excited he was for me to finish my studies at the University of Missouri and then enter a career in the agricultural industry,” Knipp said. “It is a blessing to know that others recognize the value CAFNR students bring to the present and future of the agriculture industry, and that they desire to support our aspirations through scholarships.”

There are numerous other scholarships available to incoming and current CAFNR students, including the Rex and Mary Campbell Scholarship. A prestigious award, the recipient is awarded $5,000 a year, which is renewable for three additional years.

“Receiving this scholarship has been extremely important to me and has helped me out tremendously to continue my education here at Mizzou,” said senior Haylee Reid, an animal sciences major. “Before Mizzou, I worked throughout high school and during summers, and sold livestock every year at the county fair to save for my time at Mizzou. I also got a job at Mizzou once I got here to help me financially. Without this scholarship I would have struggled to pay tuition myself and would have been stressed without it. I could not be more grateful to have had this scholarship to help me out throughout my time here at Mizzou.

“I just want to say that I am so thankful for Rex and Mary Campbell for choosing to believe in me – that I will live up to my full potential and for helping me with pursuing my dream. Thank you Rex and Mary for having faith in a small town girl, who loves animals and has big dreams.”

“When I received the Garton Family Scholarship, I was equally as excited because it is allowing me to study abroad over spring break with the agricultural systems management program,” Bagnell said. “Both of these scholarships lifted a weight off of mine and my parent’s shoulders.

“Receiving these scholarships while at Mizzou has driven me to keep focused on my academics in hopes of receiving more scholarships if presented with that privilege. These scholarships have also allowed me to not take out student loans so far, which is very important to me and my parents as well. Without these scholarships, I’m not sure if I would have been able to afford to attend Mizzou, so I am thankful for them every day.”

Not only are the scholarships appreciated from a financial standpoint, the students are thankful to see their accomplishments recognized.

“When I first received these scholarships, I was excited, relieved and proud of my achievements I worked hard for in high school to get to Mizzou,” said junior Malynda O’Day, a plant science major emphasizing in crop management. O’Day received a handful of scholarships as a freshman. “These scholarships helped make it possible for me not to need student loans to pay for my education, which is a heavy burden to be lifted. I am fully responsible for paying for my own education, so the only way for me to do so was through scholarships assistance.” 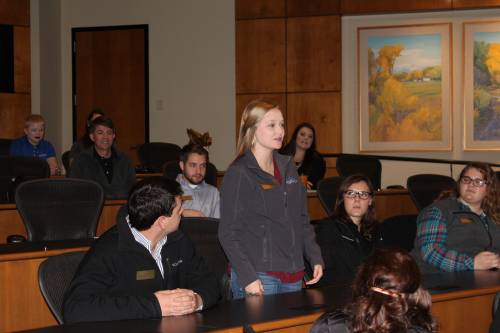 The Mizzou Giving Day was established to take advantage of generous pledges made by members of the Mizzou family to encourage giving to our great university. Mizzou was challenged to use these pledged funds to increase both the number and amount of gifts it receives this year. In order to bring attention to this important cause and generate campus wide enthusiasm for its success, Mizzou has transferred that challenge to the schools and colleges on campus to see who can raise the greatest number and total amount gifts in a single day.  Therefore, any gifts made to CAFNR will help qualify CAFNR for even more funding.

The quickest, most convenient way to participate is to make an online gift.

The Mizzou Giving Day opens more doors for students to achieve their goals.

“Every time that the scholarships are announced and I have seen Rex and Mary Campbell’s name it’s the most rewarding moment I could ask for,” Reid said. “This is a very prestigious scholarship and it honestly means the world to me that I have been able to receive it. The first time I found out I had received it, I was so excited I remember actually screaming out loud and immediately calling my mom because I was so excited. Both times after that I always have a huge smile on my face and I call my mom and tell her how excited and grateful I am.”