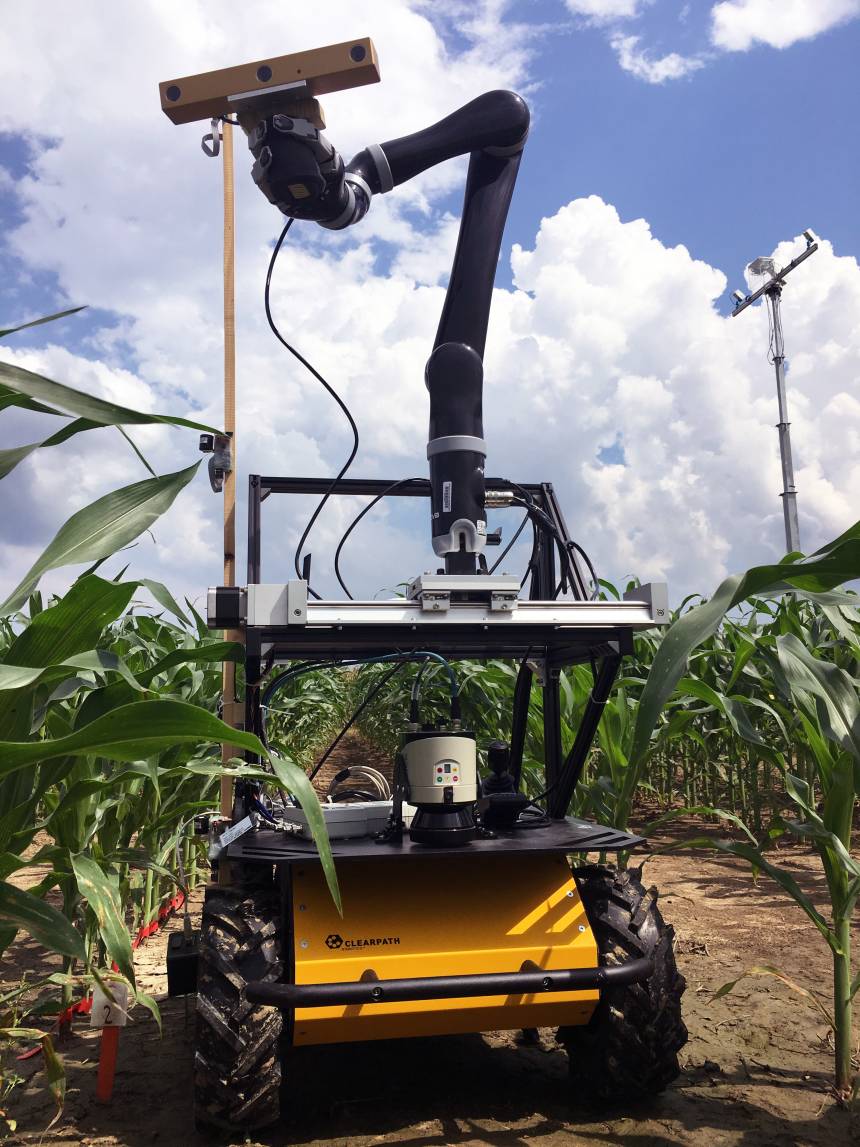 A two-pronged robotic system pioneered by University of Missouri researchers is changing the way scientists study crops and plant phenotyping.

Felix Fritschi, associate professor in the Division of Plant Sciences, and Suhas Kadam, a postdoctoral fellow in Fritschi’s laboratory, have teamed up with Gui DeSouza, associate professor of electrical engineering and computer science in the College of Engineering and his Vision-Guided and Intelligent Robotics (ViGIR) Laboratory to study the effects of climate change on crops in Missouri.

The effort is part of a larger study, funded by the National Science Foundation, to understand the overall effects of climate change in Missouri.

To accurately create 3-D models of plants and collect data both on regions of crops and individual plants, the research team developed a combination approach of a mobile sensor tower and an autonomous robot vehicle equipped with three levels of sensors and an additional robotic arm.

They’re used to complete a complex process called plant phenotyping, which assesses growth, development, yield and items such as tolerance and resistance to environmental stressors by correlating these to physiology and shape of the plants. All of the field tests were conducted at Bradford Research Center.

“The Vinobot collects a large variety of data,” DeSouza said. “For example, it uses three sets of sensors to collect temperature, humidity and light intensity at multiple wavelengths, and it collects those at three different heights of the crop.”

The tower inspects a 60-foot radius of a given field to identify areas affected by environmental stresses, while the vehicle collects data on individual plants. Additionally, the vehicle has a robotic arm that it uses to move around the plant and create a 3-D model of each individual plant. 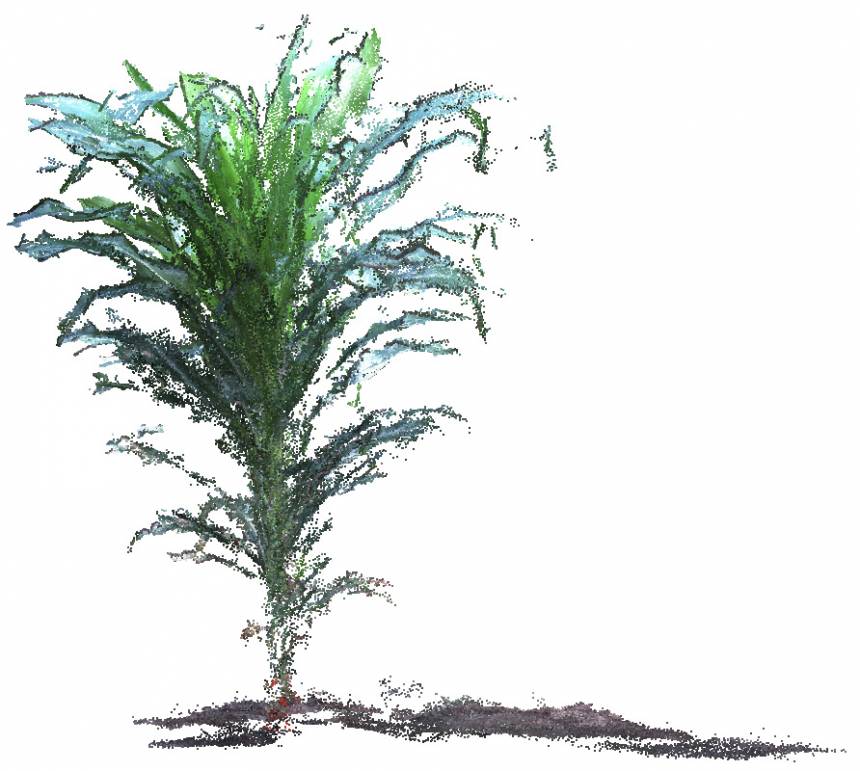 One of the examples of 3-D models created by using images collected by Vinobot. Image courtesy of Gui DeSouza.

“We can measure from the tower if the plants are under any stress, such as heat, drought, etc.,” DeSouza said. “Then the tower can tell the mobile robot to go to a particular area of the field and perform data collection on the individual plants.”

While the tower covers only a relatively small area, it can easily be moved around to cover an entire field. The cost-effectiveness of the towers means it wouldn’t be expensive to have more than one operating at a time.

Cost-effectiveness and efficiency are key to this new system. Using unmanned aerial vehicles such as quadcopters can take time, as those devices often require Federal Aviation Administration clearance and experienced pilots to operate over a field. Those vehicles also can be expensive, driving the cost up to between $16,000 and $80,000 as opposed to Vinoculer’s estimated $5,000 price. Those figures were outlined in the team’s recent paper, “Vinobot and Vinoculer: Two robotic platforms for high-throughput field phenotyping,” published in Sensors journal in January.

“They are not only inexpensive; they are also available 24/7, and can generate a lot more data than any aerial vehicle,” DeSouza said.

This story initially appeared here on the MU College of Engineering’s site.