There are rare events and then there’s what will happen on Aug. 21, 2017: a total solar eclipse traveling 2,500 miles across the United States from Oregon to South Carolina. It will be the first to be seen on U.S. soil since 1918. 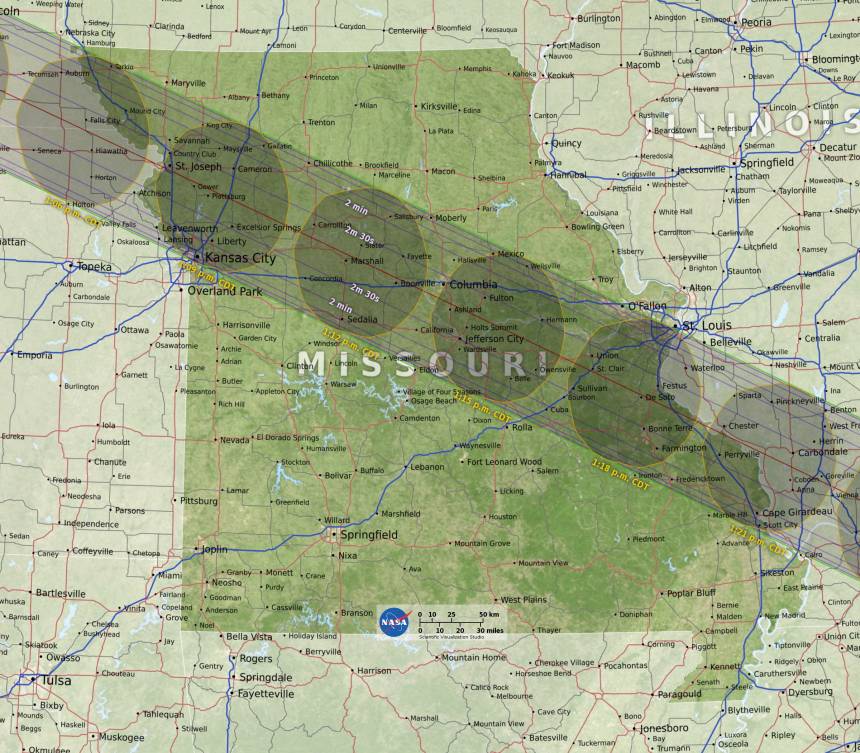 Furthermore, as luck would have it, the eclipse’s line of totality – the direct path of the sun being covered up by the moon – is scheduled to pass right over mid-Missouri on that day, leaving the area with approximately two minutes and 36 seconds of experiencing complete darkness, starting at 1:12 p.m. A partial eclipse will take place for about three hours in the middle of the day.

In addition to being a visual spectacle that can be dangerous without the proper precautions (see sidebar), the event will also afford researchers at the University of Missouri a rare opportunity to gain new insight into the interaction between the environment and the atmosphere under the rarest of circumstances thanks to a recent one-year grant awarded by the National Aeronautics and Space Administration (NASA).

The grant also has a Citizen Science component, which will allow up to 50 members from the Columbia area to help collect data (see sidebar). 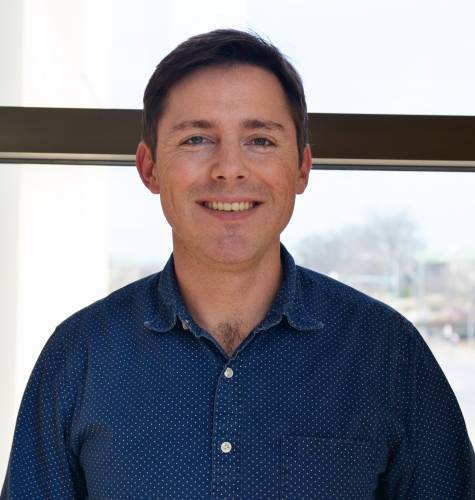 “What we’re interested in is understanding what happens to the lower atmosphere and how the forest and the prairies and the crops store carbon when you basically turn the sun off in the middle of the day,” said Bo Svoma, assistant professor of atmospheric science in the School of Natural Resources (SNR) who is one of the principal investigators on the grant.

Svoma and others from SNR have teamed up on the grant with Angela Speck, the director of the astronomy department in the College of Arts and Science who has become a national spokesperson for overall awareness of the eclipse over the past few years. When Speck arrived at Mizzou 15 years ago, she was told about the total solar eclipse.

In addition to meeting with the general public about the event, Speck has also spent time with members of the state management agency to talk about preparations that come with what she has called a “planned natural disaster.” She added that the population of Columbia alone could essentially quadruple in size during the time of the eclipse, with people from around the area keeping their eyes toward the sky.

The NASA grant has a Citizen Science component in which 50 members from Columbia (or the surrounding area) are being recruited to log data with specialized temperature-sensing devices called iButtons.

The NASA grant has a Citizen Science component in which 50 members from Columbia (or the surrounding area) are being recruited to log data with specialized temperature-sensing devices called iButtons.

The devices will measure the cold outflow from the center of the moon’s shadow by measuring the temperature every minute. The data collected should give a broad view of the cold pool and how it expands from the moon’s shadow, Bo Svoma said.

Those chosen to volunteer will use the iButton devices on the days surrounding the eclipse and on the actual day of the phenomenon. Anyone interested in volunteering should send an email to Angela Speck at speckan@missouri.edu or by phone at 882-8371.

Speck said there are numerous other ways that the public can get involved with the big event on Aug. 21:

“You can imagine if you don’t know it’s coming, that would be terrifying and very dangerous if you are driving a car, so the most important thing is this is going to happen,” said Speck, who recently was one of five eclipse experts to give a presentation about the phenomenon at the recent American Association for the Advancement of Science (AAAS) Meeting in February in Boston.

To help prepare citizens for such an event, The Mizzou Store at the MU Student Center about a year ago started selling special glasses for viewing the eclipse that only lets in one-millionth of the light. The glasses sell for $1.49.

“You can’t see anything else,” Speck said. “The sun looks kind of a like a full moon and everything else will be black and the sun will be there, as this orb that is now as bright as a full moon.”

To capture the unprecedented data set, Svoma and his colleagues will rely on the abilities of four eddy covariance systems that can measure heat, water vapor and carbon dioxide exchange between the atmosphere and the land. The four systems are comprised of the AmeriFlux tower sitting in a forested area on the Baskett Research Center’s ground east of Ashland, two in cropland in Centralia and a fourth one that will be built by John Sadler, adjunct professor of bioengineering and research leader for the USDA’s Agricultural Research Service, on the Tucker Prairie Natural Area.

In addition, the state-of-the-art Doppler weather radar at Jefferson Farm and Garden east of Columbia will measure what happens to the winds upon the cooling of the lower atmosphere, Svoma said.

“We can’t really control how much light the ecosystem is receiving or how warm it is or how much rain it gets like you in say a controlled lab experiment, so rarely do you have these types of situations where there is a switch that gets flipped, in a sense,” said Jeff Wood, an assistant research professor of biometeorology in SNR who oversees the AmeriFlux tower. “We do have these different ecosystems that are all going to be there and conceivably we may see differences in how those interactions happen because the difference in the structure and the physiology of those ecosystems.

“It’s going to give us sort of a magnified switch between light and dark conditions. Obviously in the morning or in the afternoon the sun tracks in a gradual way. This is going to be much more abrupt, sort of an amplified response there but for timing and intensity it should make for an interesting experience.”

From different ends of the map

Although Svoma and Wood are two of the new members of the atmospheric science research team at MU, they came to Columbia from places with very different climates.

Svoma, who arrived at Mizzou in September 2013, grew up in Tempe, Arizona, earning three degrees from Arizona State University, including his Ph.D. in geographical sciences.

“I really like being in SNR where I’m an atmospheric scientist surrounded by soil scientists and foresters and fishery and wildlife researchers,” Svoma said.

The data taken from the eclipse could provide significant insight on how to improve weather models, he said. 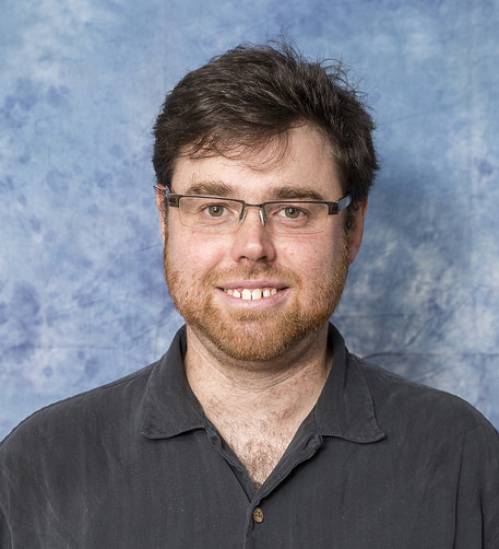 “It’s possible that someone else on down the road models the eclipse and finds some model deficiency based on lack of agreement with the data recorded during an actual eclipse,” Svoma said.

Wood hails from Amherst, Nova Scotia, in Canada, and has slowly been making his way westward into the U.S. Before arriving at MU in June 2016, Wood spent time at the University of Minnesota-Twin Cities as a postdoctoral fellow.

Wood’s appointment is 100-percent research-based and centered around the operation and overall upkeep of the AmeriFlux tower at Baskett Research Center – a position he took over from Stephen Pallardy, professor emeritus of forestry. The tower, which is part of the Global Flux Net consisting of more than 100 AmeriFlux network, was established in 2004 after researchers at the Oak Ridge National Laboratory in Tennessee were searching for a location that experienced higher drought frequency.

Wood plans on being on the ground during the actual eclipse, as opposed to more than 104 feet in the air.

“I can see it just as well from the field, and it might be better to not be up there near all of the instruments while it’s all happening,” he said.