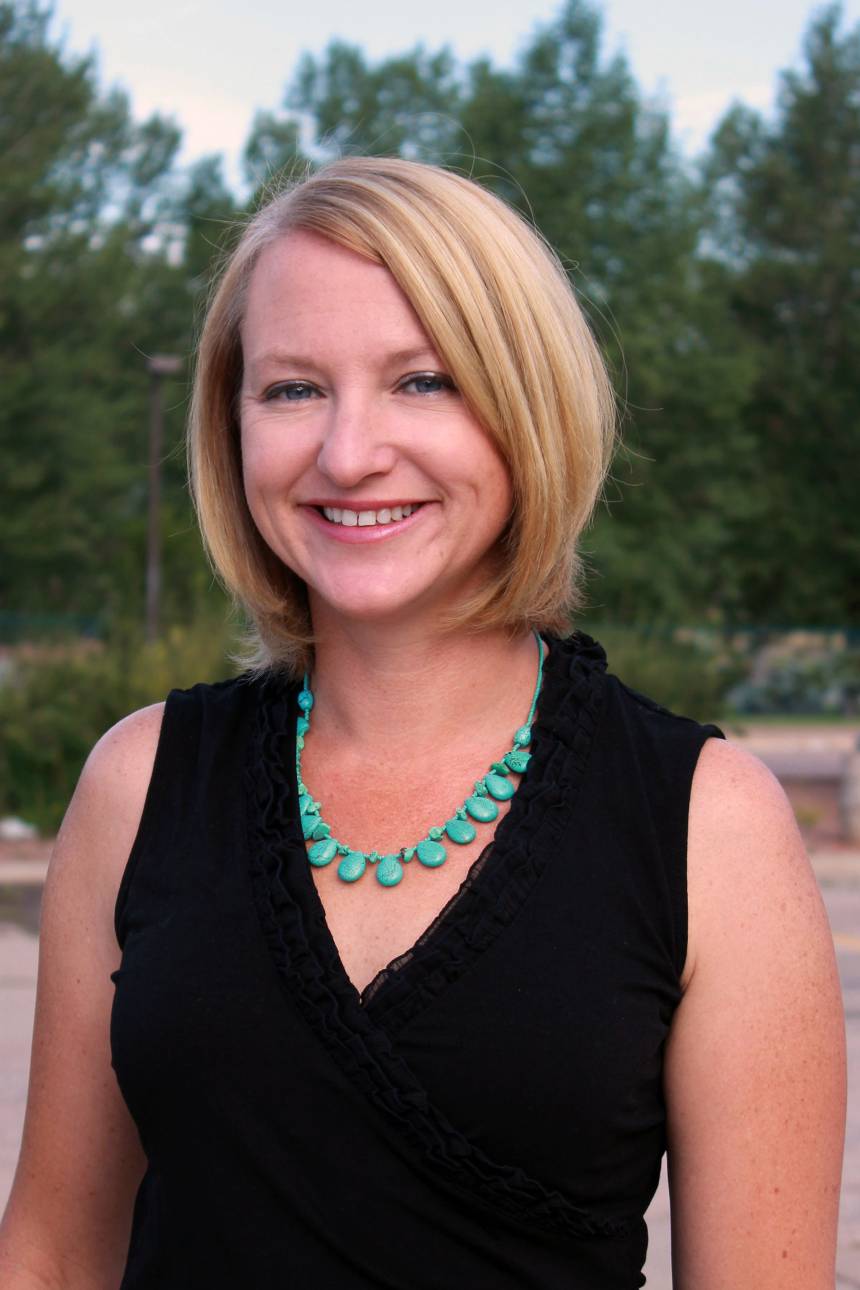 Kristi Cammack remembers the balloons. Black and gold. They were all over her office in the Animal Sciences Research Center when she opened the door following a ’03 home victory by the University of Missouri football team over one of its former Big 12 Conference foes, the University of Nebraska-Lincoln.

“I was usually wearing my Big Red stuff just to get a reaction out of everybody,” Kristi says. She earned her master’s degree in animal breeding and genetics in 2001 before arriving at Columbia to earn her doctorate degree in the same field from the Division of Animal Sciences.

More than the balloons, though, she remembers her fellow doctoral students who placed them there – people she still calls up on a regular basis, most of whom went on to professorships.

“It was a really good network of graduate students there and I still interact with those people today,” Kristi says. “We were all really productive but managed to have a really good graduate experience.”

Those classmates would prove to be an invaluable resource for Kristi, who accepted an assistant professor position at the University of Wyoming in 2006 after graduating from MU in 2005 and working eight months as a postdoctoral researcher and instructor in the laboratory of her Ph.D. advisor Bill Lamberson, a professor of animal sciences who also serves as the division’s interim director.

After a 10-year stay at Wyoming, Kristi accepted a job this past June as the director of West River Agricultural Center, a main research and extension facility of her undergraduate alma mater, South Dakota State University. The new role represented an opportunity for Kristi and her husband, Ryan – both of whom are from The Mount Rushmore State – to return home.

The center is located in Rapid City in the western part of the state, just an hour from Ryan’s family farm, and a short drive to several cousins of their two children: Jackson, 8; and Baylee, 5. 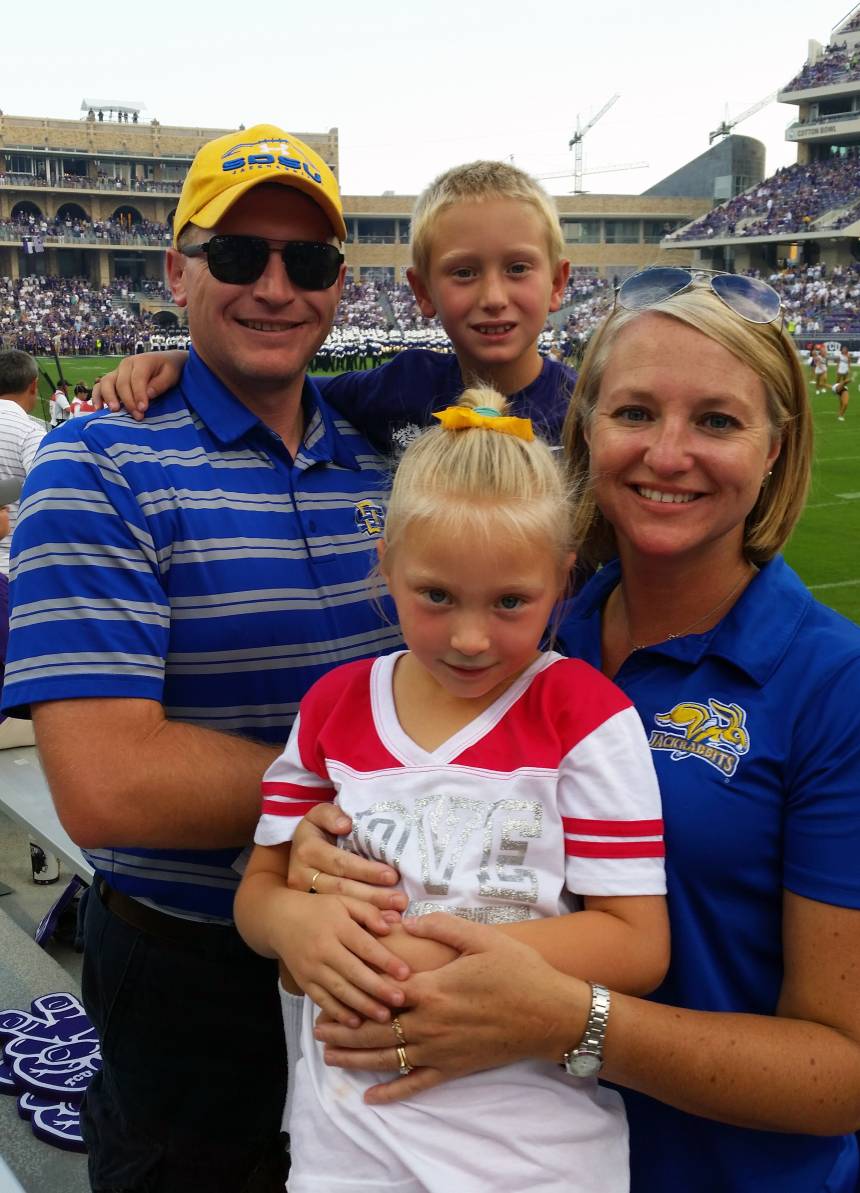 In her new position, Kristi manages a staff about 15 people, both at the center and at two other field stations on the western side of the state. She takes frequent trips to both sites as well as the occasional trip to the main SDSU campus in Brookings, located more than five hours away from Rapid City. In addition, she is also still serving as an associate professor in the animal sciences department in a research role.

“It’s been good for our family, but also for me personally. I have been doing research and teaching for 10 years and this gave me an opportunity to change positions and expand what I was doing,” Kristi says. “I can still do research, but I can also be involved with the bigger picture and help form some direction of where we’re going out here.”

When Kristi started her undergraduate studies at SDSU in the mid ’90s, she did not picture herself picking up a master’s degree and doctorate degrees on her way to becoming a professor. Her initial thought was to go into the animal side of the ag industry.

“I fell into it and I’m happy I did,” Kristi says of her career path.

Having grown up in southern South Dakota on a family farm that included cattle and swine, Kristi had a natural inclination to work with livestock and was drawn to the field of animal sciences. While at SDSU, she worked a part-time job at the university’s cow-calf research and teaching unit under the leadership of professor Don Marshall, now an associate dean at SDSU’s College of Agriculture and Biological Sciences.

Don, who graduated with B.S. in animal sciences from MU in 1979, had encouraged her to go for her master’s degree. He later introduced her to Meryln Nielsen at Nebraska, who would become her advisor there.

When Ryan’s job as a traveling sales representative for a vegetation management company was going to take the Cammacks to mid-Missouri, Meryln reached out to Bill Lamberson, who had earned both his B.S. and Ph.D. from Nebraska – thinking that she would be a perfect fit for Bill’s lab. 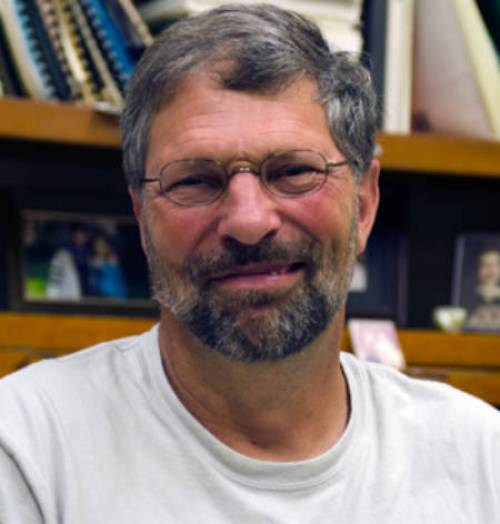 “As you visit with her, she’s very calm,” Bill says of his former student. “She doesn’t come across as an over-sized personality, but yet she has accomplished a tremendous amount. She had an excellent research and graduate training program at Wyoming and placed several graduate students in faculty positions throughout the country.

“I have every confidence that she will do a real good job in South Dakota, too.”

One of her biggest accomplishments, Bill adds, cannot be found her résumé. He says that she “serves as a really good role model” for fellow female academics who juggle being pre-tenured faculty members while starting a family.

“I think it’s often difficult for women to go into faculty roles because they’re at an age where they want to have children,” Bill says. “She found a really good way of balancing her family needs and career needs.”

‘It was life changing’

At MU, Kristi did her dissertation on heat stress effects on sperm development in male mice. The focus of her research stemmed from a trip that she had taken in 2005 to the University of the Western Cape (UWC) in Cape Town as part of the University of Missouri South African Education Program (UMSAEP) to work with David Fisher, a professor of physiological sciences at the time who now serves as a deputy vice chancellor.

“It was one of the best experiences of my life,” Kristi says. “I had never been out of North America before that point, so I went over there and it was life changing.”

Kristi would later bring back four type of plants to see if any would alleviate some heat stress effects in mice, which can lessen fertility. Out of the four, Artemisia afra yielded the most promising results in terms of increasing fertility when given to the mice in a tea-like liquid. Kristi would go to back to UWC two more times to continue to look at natural plant extracts for livestock production.

“I personally think that the natural remedies such as using plants and extracts versus more traditional antibiotics for animal production is going to be more and more accepted and more and more important,” she says. “It’s a field that has been barely tapped into that has a lot of potential.”

Although it’s been about five years since she last was in Columbia, Kristi continues to maintain strong ties with members of the MU animal sciences community. 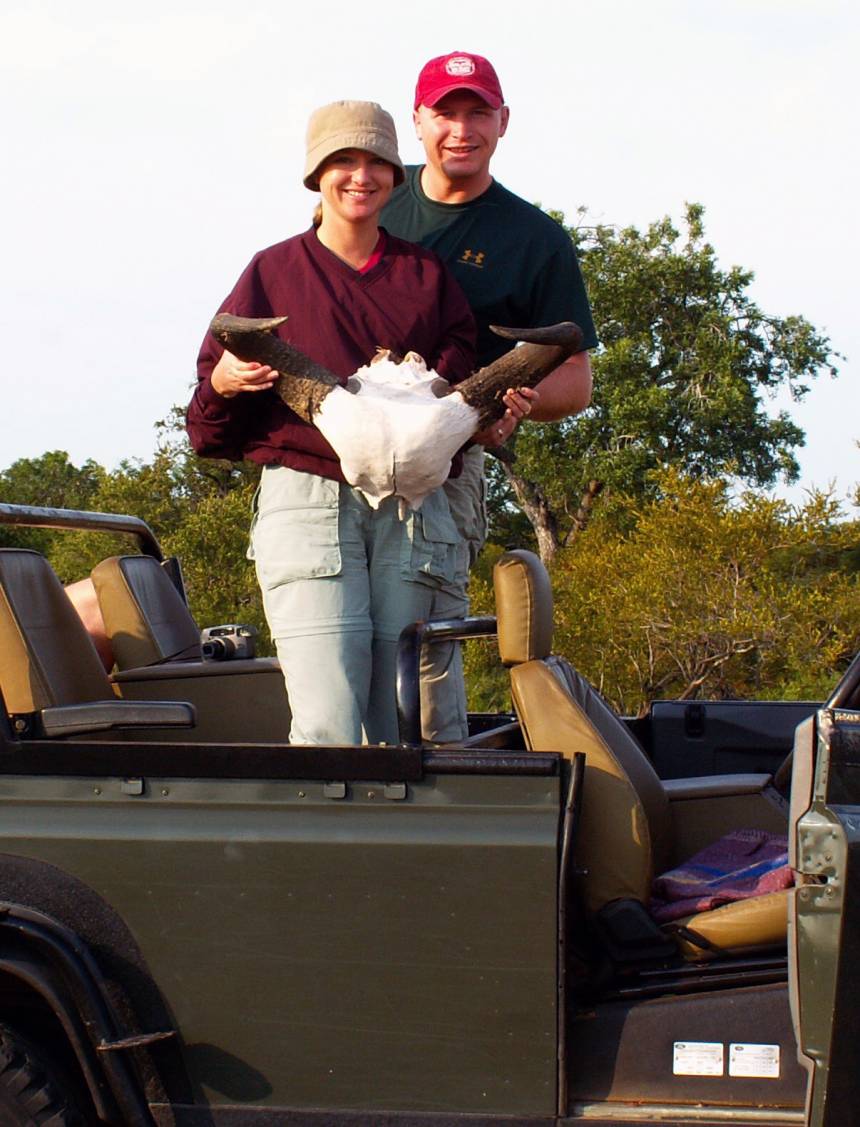 Kristi Cammack and her husband, Ryan, in South Africa in 2005 during her postdoctoral fellowship at MU. Photo courtesy of Kristi Cammack.

Since 2015, Kristi and Bill – who have been working on a series of grants for the past eight years — have been collaborating with Kristi’s former colleagues at Wyoming on a research grant funded by the USDA’s National Institute of Food and Agriculture to look at DNA sequencing of cattle to examine how high- and low-feed efficiency microbes are passed along from parent to offspring.

Bill has helped with the designing and analyzing data for the DNA sequencing of the microbes, which are taken from samples of rumen, one of four chambers inside a cow’s stomach where most of the feed is processed and turned into byproducts.

In addition, Kristi is one of several collaborators in the $2 million grant for USDA, “Identifying Local Adaption and Creating Region-Specific Genomic Predictions in Beef Cattle,” led by Jared Decker, assistant professor in beef genetics extension and computational genomics. As a co-principal investigator, Kristi is helping develop the curriculum associated with the grant. She is also taking part in the nine-month South Dakota School of Mines and Technology Leadership Academy, with Mike Smith, professor of reproductive physiology, serving as her mentor for the program.

Kristi’s new position may not allow her to teach in a traditional classroom setting as she did in Wyoming, but it does allow her to interact with people all over the state. At one of the largest social events in Rapid City, the Black Hills Stock Show and Rodeo in late January and early February, Kristi spent her days mainly talking to SDSU alumni, local producers and prospective students.

“There’s a different form of teaching when you interact with the public,” she says. “You don’t always have to fit into that box and be in the classroom to be an educator. You can do it other ways.”