Habibullah, who his friends call Habib, has no trouble recalling the moment he was notified of his selection to the Agricultural Innovation Program for Pakistan.

“I was over the moon,” Habibullah said. “This was my dream and I’d been working really hard.” 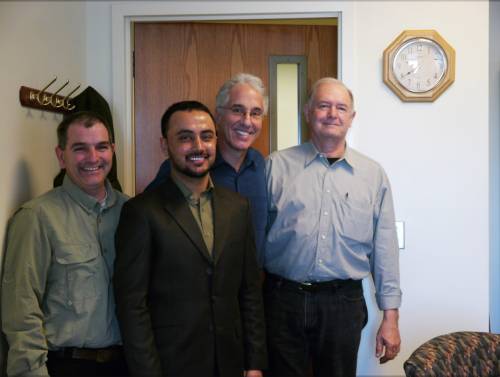 Pakistani graduate students. This partnership involves collaboration between the United States Agency for International Development (USAID), Pakistan Agriculture Research Center, International Maize and Wheat Improvement Center (CIMMYT), in Mexico, and University of California, Davis. The University of Missouri is one of six institutions that these scholars are currently attending.

Habibullah will be the first graduate of this program to complete his studies at the University of Missouri, but some hope that it is only the beginning of a new partnership.

An interest in ag

Born and raised in Loralai, a district in the province of Baluchistan, Habibullah, who goes by a single name, says that his inclination towards agriculture began on the family farm. Seeing the relationship between agriculture and the environment and the importance of soil in agricultural production, ultimately led him to pursue a career in the field.

Habibullah’s formal studies in agriculture began in 2009 while a student at Sindh Agriculture University in Pakistan. Following two years of general agricultural studies, he made the decision to spend the following two years specializing in soil science. It was during this period that he applied for and was selected by the U.S. Department of State to serve as a cultural ambassador of Pakistan.

In addition to being a full-time student at the College of Southern Idaho, this exchange program allowed him to participate in campus and community-wide events to foster mutual understanding between the two nations. After his five-month tenure, he grew determined to return once again to the United States to earn his master’s degree.

While preparing for the GRE and searching for scholarships that would allow him to further his studies, a friend introduced him to the Agriculture Innovation Program (AIP) for Pakistan. This would ultimately prove to be his ticket to continuing his education in the U.S. 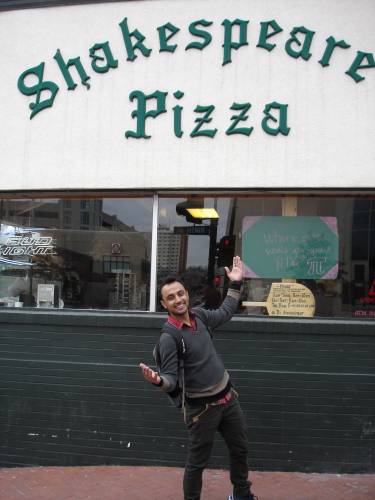 Out of the 350 students who applied to AIP, nine master’s students and five doctoral students were chosen. While Habibullah was relishing his acceptance, Peter Motavalli, professor of soil fertility and plant nutrition, and College of Agriculture, Food and Natural Resources International Programs (CIP) were applying to host him. This consisted of a “bid,” sent to UC-Davis, outlining the resources and costs the university was able to offer.

In the midst of the bidding process, Habibullah had been discussing MU’s soil science program with Ahsan Mir Rajper, a former colleague turned Fulbright scholar at the university. Mir Rajper, had been Habibullah’s peer at Sindh in Pakistan and as it turned out, Habibullah would soon join his friend once again as a graduate student.

Since arriving in Columbia two years ago, Habibullah has worked closely with his advisors, Motavalli and Kelly Nelson, research agronomist at Greenley Research Center, in Novelty, Missouri. Habibullah’s research has been focused on the management of nitrification inhibitors (chemicals designed to slow nitrification) to improve the efficiency of nitrogen use and to maximize corn and wheat yield.

Beyond checking off his degree requirements, Habibullah has leveraged other opportunities to grow and learn. In November of 2015, Habibullah joined his professors and other graduate students in traveling to the Soil Science Society of America Conference in Minneapolis. Here, they gathered with more than 4,000 scientists to discuss advancements in their field, meet and network, and discover opportunities to give back and serve. 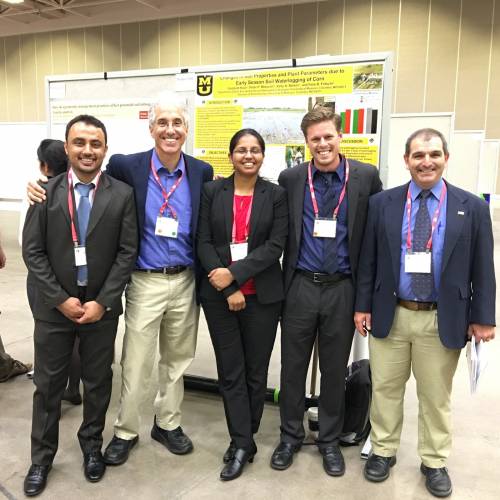 “It gave me so much confidence,” Habibullah said. “I feel like I am part of a big thing now.”

Additionally, Habibullah has been actively involved with the annual field day, an educational outreach program, at the Greenley Research Center. Here, he was able to present applicable research to agricultural professionals.

Academics, however, are only a part of the experience. The diverse culture of the university and the relationships built have been vital as well, Habibullah says.

“I just like meeting new people,” he said. “I just want to learn their stories.”

As Habibullah’s time at CAFNR nears to a close, his advisors reflect on his time spent here.

“What separates Habibullah is he’s very dedicated and a very friendly person,” Motavalli said. “He doesn’t have the mentality where he’s just focused on himself.”

Nelson agreed. “He could be anyone’s friend — always has a smile on his face.”

Programs such as this one are mutually beneficial, Motavalli and Nelson noted. Students are able to receive an education, but in turn, their research and findings assist the university and are able to educate Missourians. Well-executed collaboration also engenders goodwill with both the sponsoring government agencies along with the individuals involved, Motavalli said.

“To have these kind of programs is a long-term relationship,” Motavalli said.

In regard to the beginning of this new partnership AIP, Nelson said, “It’s a tremendous opportunity to train the trainers. I think that it’s a win-win for everybody.”

Ken Schneeberger, international training coordinator at CIP, pointed to the new interactions, discoveries and opportunities associated with hosting international students. He says that AIP, and similar programs such as the Borlaug Fellowship Program and the Cochran Fellowship Program, go beyond knowledge and learning and lead to global connections that may be utilized for years to come. 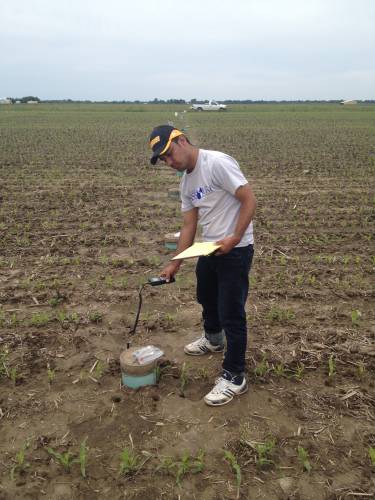 “Our experience with other visiting scholars tells us that when Habib returns to Pakistan, both he and we at CAFNR, will realize benefits that we can’t anticipate at this time. That is the nature of international exchanges,” Schneeberger said.

Nearing his return to Pakistan, Habibullah says he is ready for a short break from the stresses of graduate school. He did hint, however, that he may return to the country to receive a doctoral degree in a year or two.

“I want to go and reflect on my experiences here,” Habibullah said.

In addition to reflection, Habibullah says that he is ready to share those skills that he has learned with those who need it.

Habibullah defended his thesis on Feb. 16, marking the first scholar of AIP to complete his studies at MU. On March 7, he will be leaving the U.S. and returning home. He says that his time at CAFNR will be fondly remembered.

“It’s an honor for me and my family,” Habibullah said. “I’ve been really lucky.”