The agricultural production revolution is here. Biotechnology, robotics and automation; big data and precision agriculture; genetic-based chemistry and other digital innovations are changing the ways and rules of the agriculture industry. Never before have farmers and food producers had more access to more data points that can provide newfound insight on how to grow and produce crops with greater efficacy. Through a multitude of sensors, for instance, farmers can have instant access to field data on plant genetics and growth, soil conditions, disease and pest pressures, atmospheric temperature and humidity levels as well as modern analytics on how to respond.

But as that “feeder data” continues to grow and have an effect on every step of the food production process, how does one make sense of all of those numbers and analyze the impacts of all these linked agricultural innovations in a way that is helpful to everyone involved, from seed companies to farmers to government regulators to the consumers themselves? 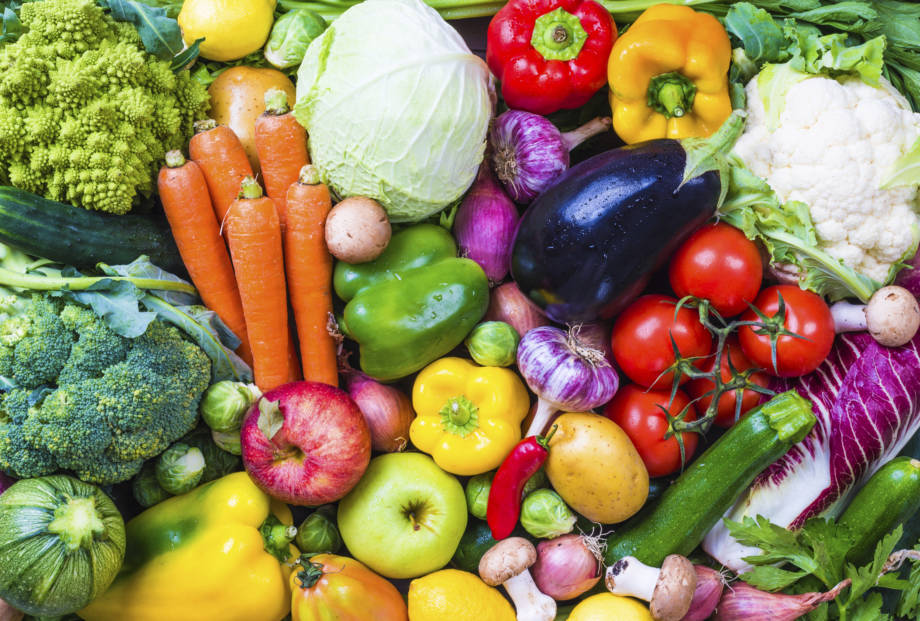 Photo courtesy of leonori via iStock.

That challenge has motivated Nicholas Kalaitzandonakes, the Missouri Soybean Merchandising Council (MSMC) Endowed Professor of Agribusiness Strategy, and his team members at the Economics and Management of Agrobiotechnology Center (EMAC) to form a new institute that will address that very issue.

“What we are looking for is where innovation makes the biggest impact on society,” says Kalaitzandonakes, who has directed EMAC since its founding in 1998. “As a multitude of digital technologies in food and agriculture begin to integrate, when you start analyzing their impacts complexities quickly emerge.”

At the heart of the new institute, which is officially scheduled to launch April 17 on the MU campus with a variety of programming, will be the students, faculty and staff who currently are on the EMAC team. The focal point of EMAC rested on the economics of biotechnology, such as matters relating to policies and regulations. It started shortly after the start of the biotechnology movement, which began with insect-resistant crops, such as cotton, and herbicide-tolerant plants, such as soybeans.

The new institute, which will have its official name announced leading up to its April launch, will use a broader scope by looking at the integration of all technologies that directly or indirectly affect food and agriculture production.

It will then provide annual assessments that measure the impact of agricultural innovations by using both real-world data and very large economic models to determine what the data would have looked like in the absence of a particular technology. Research and outreach will be supported by university funds, grants and stakeholders who will pay a membership fee.
“We live in a global world. Technology flows across borders. Knowledge flows across borders, and so having partners who have a presence and an understanding of different parts of the world is critical.”
― Nicholas Kalaitzandonakes

The impetus of the institute, which was first created conceptually in 2013, comes from two main issues: the rapid rate at which knowledge and technology are transforming food production and the number of stakeholders who are becoming increasingly engaged in regards to these technologies. This includes not only farmers, but supply chain managers at major food production companies and the customers who consume the food on a global scale.

The institute’s team will look to build off of the relationships established around the world through EMAC’s research and outreach activities, such as the Biotech Regulation Immersion Course (BRIC). Established in 2009, BRIC has trained more than 200 biotechnology regulators in 40 countries — both on the MU campus and at international locales, the last being in Costa Rica in 2014.

“We live in a global world. Technology flows across borders. Knowledge flows across borders, and so having partners who have a presence and an understanding of different parts of the world is critical,” Kalaitzandonakes says. “The institute’s core will be the MU campus, but we look to develop the program through a network of domestic and international collaborators. We are well on our way to start putting some of this in place.”

Theodoros Skevas, an assistant professor in agricultural and applied economics in the Division of Applied Social Sciences, looks forward to working with the new team.

Before he pursued academics as a profession, the 6-foot-4 Skevas (who most people know as Teo, pronounced TAY-o) played on national league volleyball teams in Greece, Netherlands and Portugal. He is from the city of Alexandroupoli in the northeastern province of Thrace, which borders Turkey to the east and Bulgaria to the north, and is the homeland of the famed warrior Spartacus. 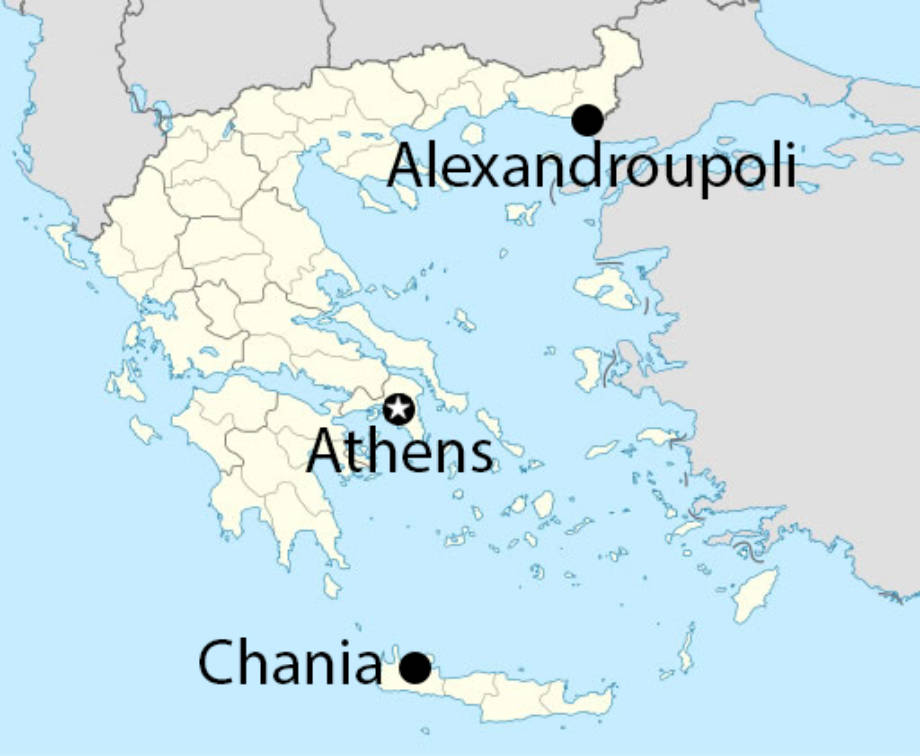 The Greek hometowns of Theodoros Skevas and Nicholas Kalaitzandonakes are approximately 382 miles apart, as the crow flies. Graphic courtesy of Wikimedia Commons.

“It’s kind of the birthplace of volleyball in Greece,” says Skevas, adding that several players on Greece’s national volleyball teams are from Thrace, which is known for its tall people. “There’s a lot of tradition.”

“That’s all nepotism,” Kalaitzandonakes jokes. “It has nothing to do with skill.”

Although both men hail from Greece, they are from opposite corners of the country, with the family of Kalaitzandonakes originating from the western side of the island of Crete in the city of Chania.

Before arriving at MU, Skevas had spent time as a research associate for the University of Florida’s Gulf Coast Research and Education Center near Tampa, where he worked mostly with the agricultural economics tied to specialty crop production. Before that, he worked as a research associate at the Michigan State University office of the Great Lakes Bioengery Research Center. 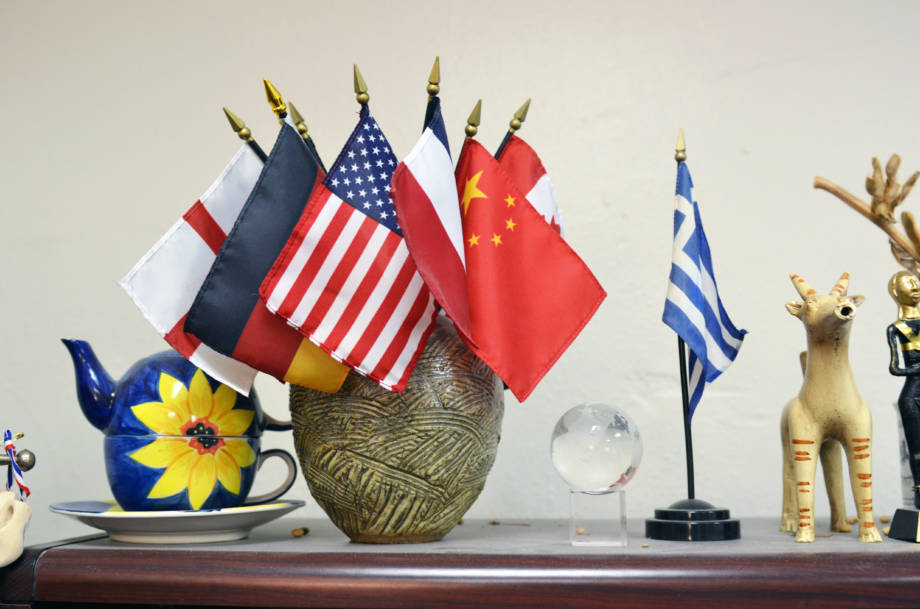 The office of Nicholas Kalaitzandonakes has a vase with several international flags, representing the countries of his fellow EMAC team members.

“I am interested about the economics in the agricultural sector and how we can make farmers more sustainable in terms of economics and environment,” says Skevas, who will teach his first course at MU, an undergraduate course on agriculture statistics, next semester.

For his work with the new institute and in the classroom, Skevas plans to place most of his attention on research and data relating to farm and agribusiness decision making in terms of farm profitability, agriculture productivity and environmental sustainability.

“My goal is to grow together with the institute, so for me the success of the institute is my success as well,” Skevas says, “so I want to not only have better statistical output, but have statistical output that has value for the farmers and the other stakeholders in the agricultural industry as policy makers.”

Ultimately, the data that Skevas is able to analyze will benefit farmers and agribusinesses from around the world like those who have annually gathered for the Global Farmer Network’s Roundtable two-day event at The World Food Prize, which Kalaitzandonakes has been asked to serve as moderator since 2011. The most recent event in October brought together farmers from 12 different countries.

“It’s always been about engaging global farmers in understanding the role of technology on their farm and beyond their farm gate,” Kalaitzandonakes says of the roundtable, which this year included Richard Fordyce, the director of the Missouri Department of Agriculture.

The institute has been a work in progress for several years. After getting a plan drafted up, Kalaitzandonakes and others had to convince stakeholders of various kinds, including plant biotechnology companies, to buy into the idea of supporting the institute through a membership program. 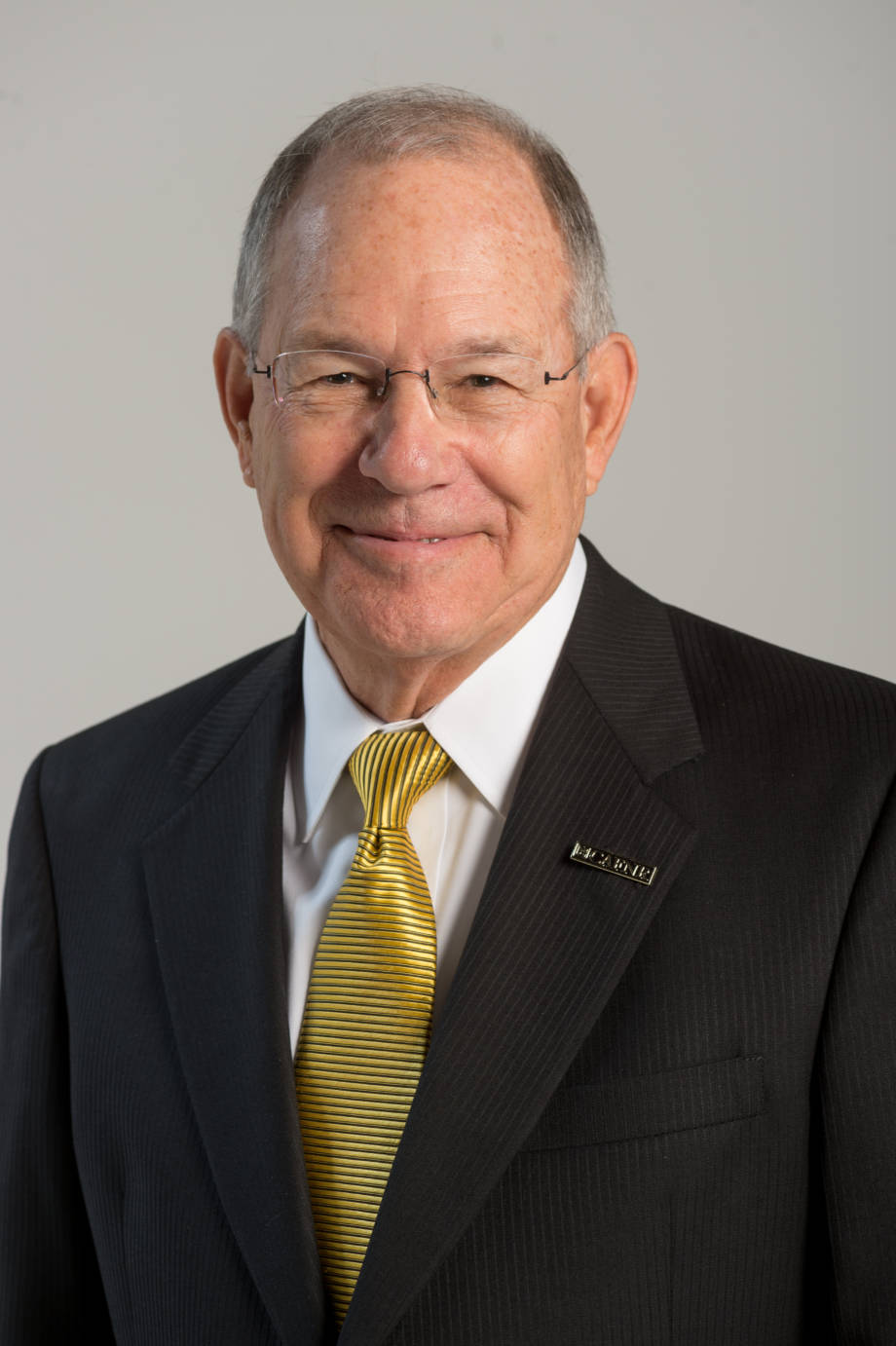 One of the critical parts of that team was Tom Payne, who will be retiring as CAFNR Vice Chancellor and Dean at the end of the month. Payne recognized the potential impact of the institute and advocated its need with stakeholders from across the agrifood industry.

“In the absence of Tom Payne’s support this institute would not have happened,” Kalaitzandonakes says. “You can raise money from outside stakeholders. The problem is that unless the university makes a deliberate investment in an area, it’s not sustainable.”

With Payne’s support, the team was able to convince stakeholders that being involved in such an effort was part of their collective social responsibility — in the same way that the institute’s research agenda falls under the mission of a public, land-grant university to actively engage with and inform society of new impacts on food production.

“It has not been ‘We will do this sort of project for you,’” he says of the conversation generated from their presentations, “but it has been ‘We are making an investment in the university because we think this is an important area and it is an area the university should have an active role. We think that you should have a part of it in terms of putting resources into it because you have a social responsibility to support transparency about the impact of technology on food and agriculture.’”

Among the various items in the office of Kalaitzandonakes is a vase with a number of flags sticking out of it. Each flag represents the home country of his EMAC team members. To the left of the vase is the Greek flag. They serve as reminders of where he (and Skevas) began, but also of the importance of having people from around the globe to tackle issues of such scope and magnitude.

“The idea is that we have people from all over the world who seek out the institute and its people,” Kalaitzandonakes says, as he points to the the vase. “Very soon we will have our partners up there.”