Nora Faris was recently recognized at the national level for… Expand ▸

While most kids were flipping through cartoons, one future science and agricultural journalism student was glued to CNN. Nora Faris, a junior, has come a long way since those days, adding quite the list of accolades to her long-standing interest in the news. In addition to watching, Nora can often be found writing the news, most recently for KOMU/NBC, Columbia. It’s this talent for reporting that recently got Nora recognized on the national level.

Growing up in small-town Concordia, Missouri, didn’t stop Nora from chasing down any opportunity she could find. As a high school student, her desire to grow as a writer and journalist led her to the Science and Agricultural Journalism Contest for Young Journalists sponsored by the College of Agriculture, Food and Natural Resources. She won first place in the food journalism category.

Nora says she was confident that, regardless of her future career, journalism was an interest worth following. 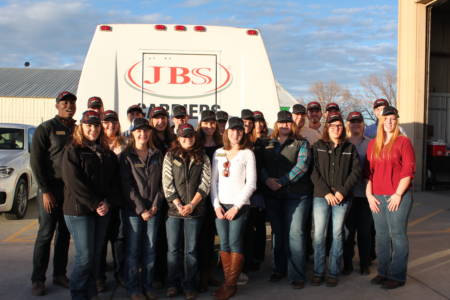 “Journalism teaches a lot of skills that you can use no matter what you go on to do.” Nora says. “It provides those skills of being inquisitive, asking the right questions, knowing when something is missing.”

In the midst of fueling her inclination for journalism, Nora was also pursuing law and public affairs. This interest led her to Missouri Girls State and even sent her to Washington, D.C., as a Washington youth tour delegate. After winning Missouri’s Youth Tour Essay Contest, Nora was awarded a trip to Washington by the National Rural Electric Cooperative Association. Here, she and a student from every state were recognized for their work and took part in congressional visits.

Nora credited the rural community surrounding her, coupled with her active involvement in Future Farmers of America, as the inspiration of her passion for all things agriculture.

“I came to realize that I could combine one of my talents, which was communication, with something that needed to be communicated about, which was agriculture,” Nora says.

Despite having many offers and looking at a variety of options, Nora always envisioned herself as a student at the University of Missouri.

In reference to the science and agricultural journalism program, Nora says that it is able to combine two world-class departments, the School of Journalism and CAFNR.

It didn’t hurt that Nora’s father, Paul, is a Mizzou alumnus as well, having graduated with a degree in animal sciences in 1994. 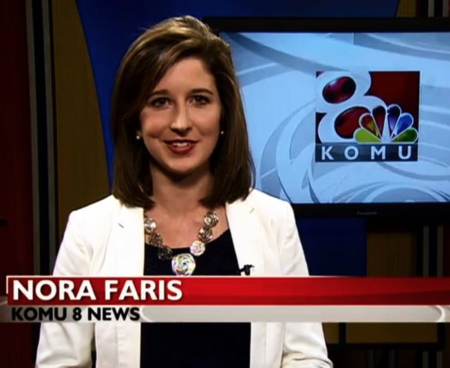 Now completing her fifth semester, Nora sums up her college experience in seven words: “A lot of coffee, a little sleep.”

Sharon Wood-Turley, chair of the science and agricultural journalism program, has taken note of Nora’s efforts.

“She’s so amazingly poised and mature and very thoughtful in the way she communicates,” Wood-Turley says.

Since arriving in Columbia, Nora has had her focus on pursuing the bigger reason of a higher education.

“College has taught me that you can have a résumé full of experiences, but that’s not the higher purpose,” Nora says. “The higher purpose when you’re in college is to take those opportunities and to explore.”

Nora’s focus may not be solely on a résumé, but that certainly hasn’t stopped her from building one. This exploration has resulted in a long list of experiences. Lately, that’s meant a public affairs internship at FLM+, a strategic communication firm in Washington, D.C., and another with the office of U.S. Sen. Roy Blunt of Missouri. Before that, she had an internship with the Missouri Farm Bureau.

“‘It was one of the most fulfilling academic and reporting experiences I’ve had at Mizzou.’”
―Nora Faris on The World Food Prize

In addition to local news outlets like KBIA/91.3 FM and KOMU, Nora is fresh off reporting from The World Food Prize, whose mission of eradicating food insecurity is well aligned with CAFNR’s ideals, Nora says – and proved to be a valuable experience for her.

“It was one of the most fulfilling academic and reporting experiences I’ve had at Mizzou,” Nora says.

Nora says she was overwhelmed by the unity of mind and mission at The World Food Prize, seeing representatives from more than 50 countries and 70 languages coming together for a single cause.

Nora’s success has not gone unnoticed. One of the latest honors came this past July in the form of the prestigious Livestock Publications Council Forrest Bassford Award sponsored by Alltech, an agricultural biotechnology company. Following the application process, four finalists from across the country were chosen based on excellence, professionalism, and leadership. All finalists received a $750 travel scholarship to attend the Agricultural Media Summit in St. Louis, Missouri. Once at the meeting, each individual was interviewed by a panel for further judging. After deliberation, Nora walked away with a hefty plaque and a $2,000 scholarship. 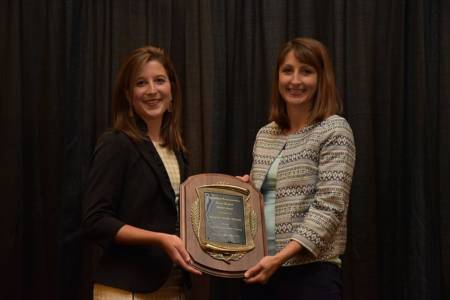 “It makes me very proud of her and it’s gratifying to see that people outside the university also recognize her ability and talents,” Wood-Turley says. “She deserves every bit of praise she receives.”

With this honor, Nora became the fourth science and agricultural journalism student to receive the award since 2007. A total of five MU students have been recipients with nine additional students selected as finalists.

Despite the national recognition, Nora says she’s more proud to be stopped on the streets of her hometown for congratulations. It’s those same small-town streets that she cites in instilling in her the determination that has guided her along the way.

“That ambition and that drive comes from that nothing is ever handed to you,” Nora says. “I grew up in a family that to whom much is given, much is expected.”

“I think it’s going to be so much fun to watch her grow,” Wood-Turley says. “And, as she moves on from here, to see the impact she’s going to have on agriculture and society in general.”

“I think it’s going to be so much fun to watch her grow and, as she moves on from here, to see the impact she’s going to have on agriculture and society in general.”
―Sharon Wood-Turley

Upon graduation, Nora says she plans to attend law school and specifically study public policy. A few more years down the road and Nora hopes to be back in Washington, D.C. In the midst of mixed feelings towards the nation’s capital, Nora remains optimistic about her, and America’s, future.

“You hear a lot of bad things about Washington, but I feel like everyone there has some motivation and some mission that you can respect,” Nora says. “Ultimately it’s finding that common ground with other people.”