“It’s not home birth or bust… I’m planning a homebirth, because that’s the plan. But the plan can always change.”
“I think that what really matters is you’re doing what’s right for you and that you feel okay with decision.”
“We can have a Plan A, but you need a Plan B and C. Understanding that you need to be a little flexible because you just have limited control over this.”

The following were just some of the comments that Amanda Carr heard when she sat down with a total of 14 women this fall to talk about an experience that is not really discussed that much in public: the journey that is giving birth at home by choice.

“Most of the women I’ve spoken to, they don’t really have an opportunity to share their birth stories,” Carr said. “It’s not a thing that people do. And so they just heard through the grape vine that other women found it enjoyable to sit down and just be able to talk about their experience.” 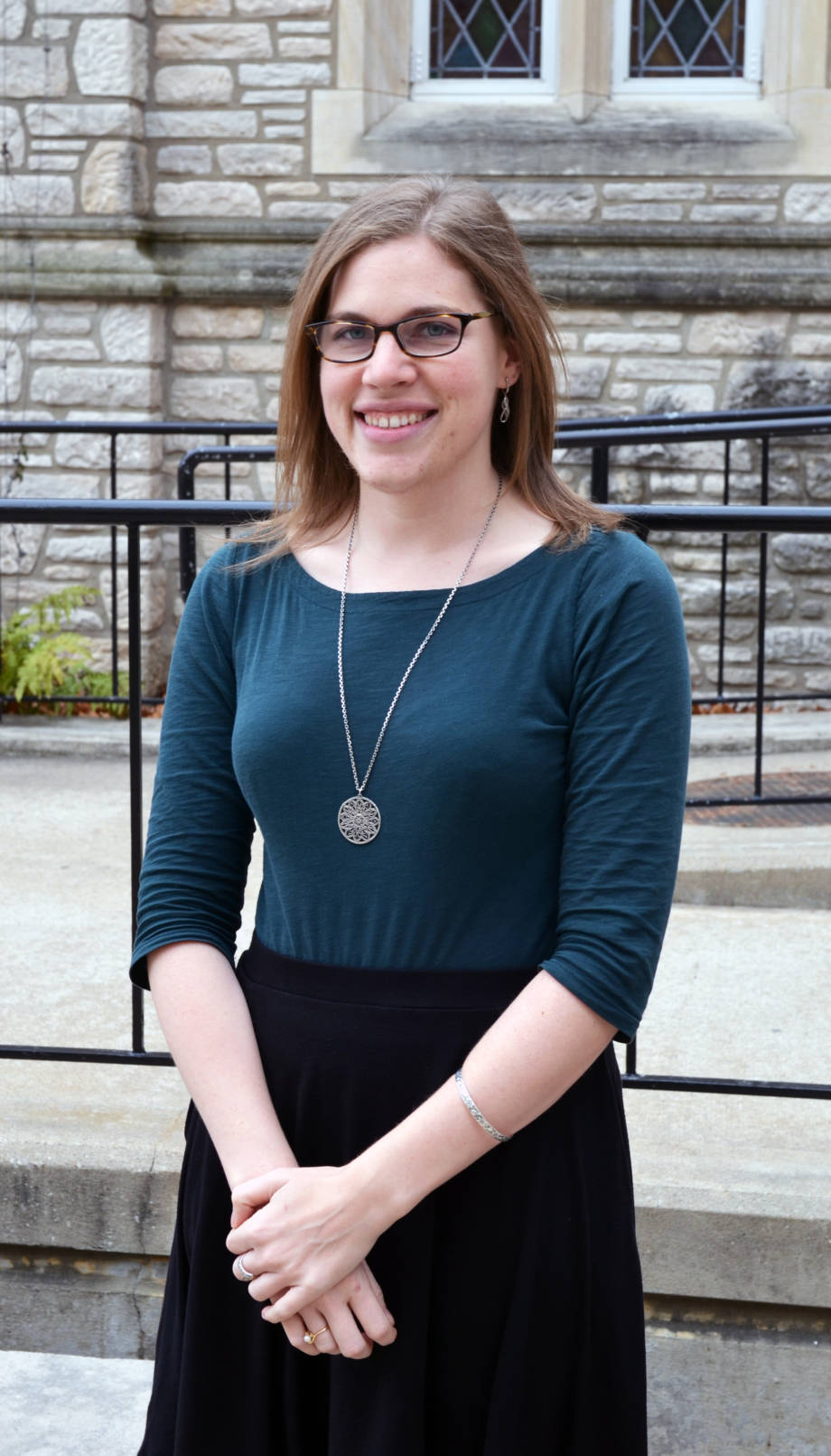 Those 14 interviews composed the qualitative study that Carr did for her master’s project in the rural sociology department in the Division of Applied Social Sciences in the College of Agriculture, Food and Natural Resources. She recently presented part of her findings — “‘What Works For Me’: A Qualitative Account of Home Birthers in Missouri” — to department faculty, students and other members of the MU community before finishing her degree earlier this month.

The women, who happened to be all white and married, came from eight counties within the state. They ranged in age (27 to 39) education (high school graduate to a doctoral graduate), occupation, household income ($32,000 to $150,000), and the amount of children they had in general and via home delivery (one to eight kids total, one to four through home births).

The women also lived as far as away as 45 miles from a hospital and as close as two miles. Thanks to a grant awarded from the Rural Sociological Society she was able to give each woman who participated a small cash incentive for taking part in the interview.

‘A diversity of stories’

Carr — who has been a part-time graduate student for the past four years while working full-time as the head of curriculum and program development of the MU Asian Affairs Center — found the women through a “snowball sample” via connections that she had in the state’s midwifery network based on her own experiences as a doula (a woman who attends to a woman during childbirth and often assists midwifes) in training.

Given her personal experiences through her doula training, the interviews reinforced to Carr the individuality of an experience that only about 2 percent of women in the United States elect to take part in each year. Missouri’s approximate 1,500 home births per year mirror that statistic.

“I went in to learn their stories but I also had an idea of what I might hear and I heard some of it, but there was just a diversity of stories,” Carr said. “Every women’s experience was so different.”

Still, a few similarities emerged, including a theme of all 14 women not wanting to be a part of any social movement whatsoever or any politically or culturally loaded labels, but instead embraced what Carr called an “expressive individualism.” 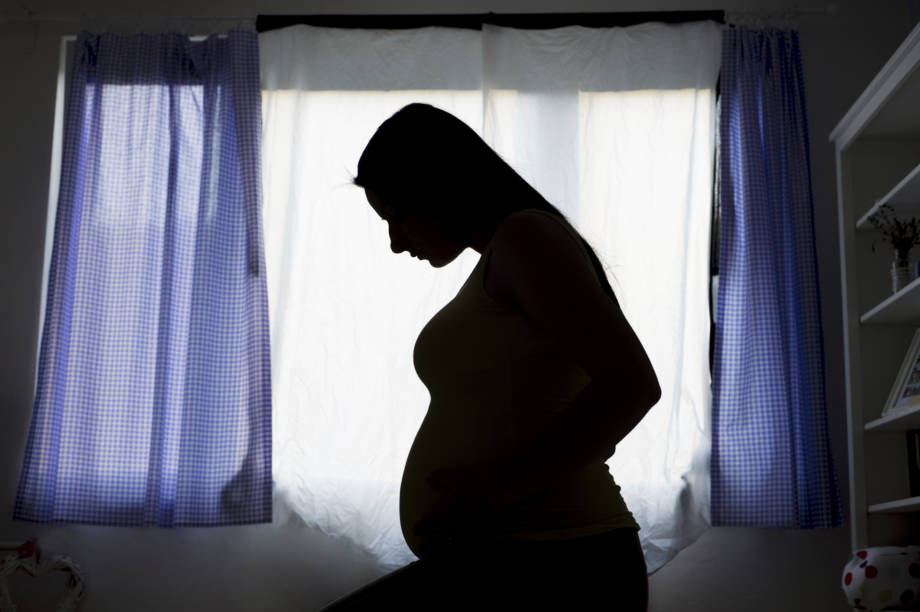 Amanda Carr first became interested in home birthing after interning with a midwife during her freshman year of college. Photo by Halfpoint via iStock.

“Most of them would say ‘Well I would never push my opinion on anyone, but if they ask me directly, I would tell them that it was a good experience,’ but they are not actively going out and advocating for it,” Carr said.

In addition, the women were very open to traditional hospital care when needed due to unforeseen complications.

Going into the project, a majority of the academic writings on home birthing came from outside of the United States. Those few pieces in sociology literature that have been written in the U.S. suggests that women often choose home birthing out of a criticism of the traditional biomedical models of health care and/or responding to patriarchy in a critical way, said Mary Grigsby, professor emeritus of rural sociology who has served as Carr’s adviser and has co-authored an academic paper with her that is awaiting review.

“What is significant about this research is that it contradicts those earlier findings in conclusion about the motivations of women to home birth,” Grigsby said. “None of them were totally critical of the biomedical model or criticized patriarchy. This is not an act of criticism about how society is structured. It’s about meeting their needs the best they can and if the biomedical model can help them they’re going to use it. If they need to go to the hospital because something isn’t working for the home birth, they’re fine with that.

“These are women who are thinking deeply about the choices they make and making choices based on what they think works for them. It’s a different understanding of motivation. It’s new knowledge.”

Each state has its own laws when it comes to midwifery practices. In Missouri, certified nurse midwives (CNMs, those with traditional nursing training who can deliver babies in the same way that a traditional physician can) and direct-entry midwifes (those who have learned through non-traditional means) may practice, but only CNMs are eligible for licensure.

‘This world I didn’t know existed’

Carr’s interest in home birthing dates back to 2003 when she was a freshman at Saint Lawrence University in upstate New York. As part of a community outreach internship program, Carr began to shadow a midwife, going with her to visits with clients and actually witnessing home births.

“I had never thought about childbirth at all. I was only 18,” Carr said. “And it never occurred to me ever that there were any options other than go to the hospital, lie on your back, and the physician delivers your baby. Maybe you get drugs. Maybe you don’t. That was my whole understanding, so that experience opened my eyes to this world I didn’t know existed.” 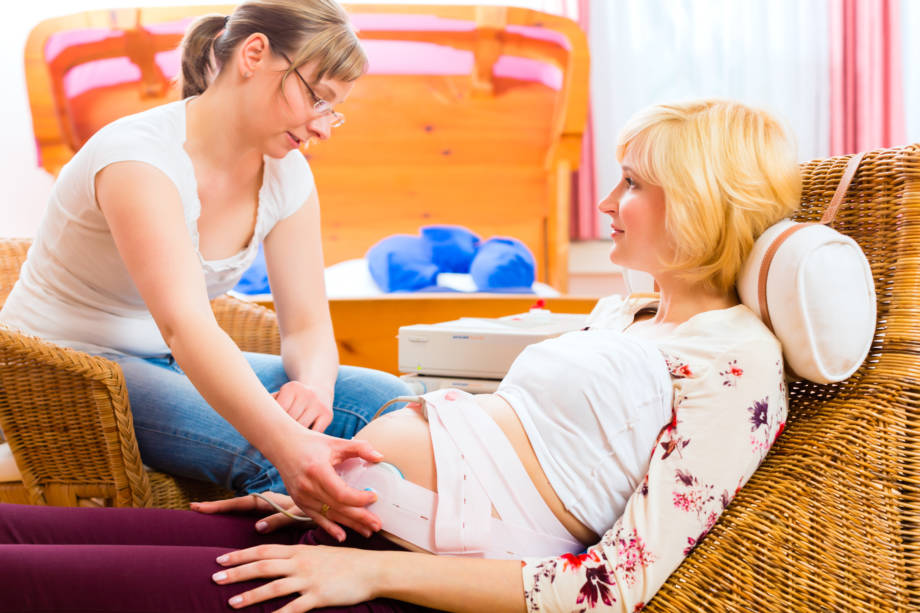 Going forward, Carr would like to conduct a similar study, possibly as part of dissertation of a doctorate degree in sociology down the road, that would focus on women from lower income and minority populations.

This future desired research focus would more closely resemble the work she did in the Mississippi Delta in 2015 when she took part in a five-week practicum internship. She primarily did research for Right! From the Start, a maternal-child health program working to improve health outcomes in the region. While under the tutelage of John Green, who works as the director of the Center for Population Studies at the University of Mississippi, Carr conducted qualitative interviews similar to the ones she did for the home birthing project. Green earned his doctoral degree in rural sociology from CAFNR in 2002.

“I really admire John and the work he does,” Carr said. “He’s become a powerful mentor for me and an example that it is possible to balance academic and public health work.”

When she completes her doula certification, she hopes to be able to perform services pro bono for low-income mothers-to-be.

“I’m really interested in understanding sociologically why women make certain choices regarding maternity and then linking that back to public health policy,” Carr said. “I think sometimes we forget that we are treating whole people who have their own experiences and life backgrounds and thoughts and feelings that they bring into the situation.”

Although Carr spoke with 14 women for the study, approximately 35 more have reached out to her since she started conducting the interviews in late September. She intends on eventually sitting down with every one of them. When Carr has explained that her research — and the grant that allowed her to pay a small monetary incentive — has ended, she has received a very similar response.

“They don’t care,” Carr said. “They just want to sit down and talk.”