Improved technology has allowed meteorologists to provide weather forecasts for a variety of scenarios.

Not only can that technology give warnings about possible severe weather or how likely it is to rain, it can provide accurate predictions about the upcoming weather. Those predictions feature several ranges as well: next-day, three-day, five-day, weeklong, 10-day and season-long forecasts.

An area that has been overlooked in forecasting, though, is the 20- to 30-day range, or long-range forecast. Tony Lupo, University of Missouri professor of atmospheric science, and Joseph Renken, a self-taught meteorologist, are looking to change that. 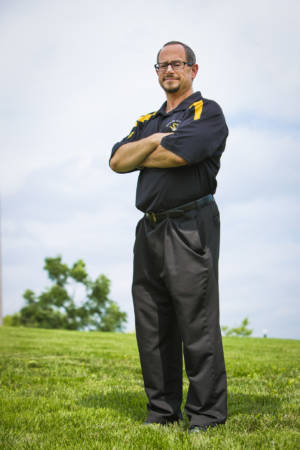 The duo have been working together for the past two years, researching the reliability of a long-range forecast that shows the upcoming weather for a month at a time.

“If you’re going to forecast out to 10 days, you can do that, like the National Weather Service does,” Lupo said. “There is also forecasting for seasons, which we’ve already done. We’re filling in that gap in the three- to four-week range. We’re trying to develop new methods that will have some utility.

“This is one area of forecasting that’s just not done. It’s in its infancy. It also dovetails nicely with the research that we’ve already done on seasonal-range forecasting and looking at trends and climate. This is exciting.”

Lupo teaches a class on long-range forecasting and has published several papers in that area of research. He was approached by Renken a couple years ago about the possibility of partnering together on an interesting pattern that Renken had discovered.

The pattern, nicknamed the ‘Bering Sea Rule’ by Renken, focuses on the correlation between the weather in the Bering Sea and how it affects the eastern United States. The Bering Sea is located between Alaska and Russia and the rule can be used to forecast general weather patterns across the U.S. The Bering Sea Rule is something that Renken has been studying for several years.

“As a self-taught meteorologist, it’s hard to gain backing without academic research and support to your theory,” Renken said. “When I approached Dr. Lupo with the idea, I think he was more excited than I even was. He was all in, and we’ve had a lot of great conversations since then.”

Lupo and Renken are currently researching the Recurring Rossby Wave Train. While there is no weather tool that is 100 percent accurate, Lupo and Renken have seen positive results with their research thus far.

“We have found that the atmosphere does have repeatable patterns around three to four weeks that we can use for our forecasting,” Lupo said. “We can forecast in a timeframe that is traditionally not done.”

The Bering Sea Rule and the Recurring Rossby Wave Train are part of the Organic Forecasting Method that Renken and Josh Herman, a collaborator of Renken’s, have developed.

“No one has really looked at the Bering Sea and how it affects the weather in the United States,” Renken said. “We’ve found a correlation there and it’s exciting to see that connection.” 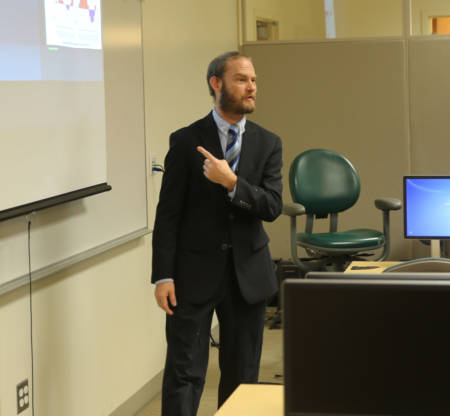 Joe Renken is a self-taught meteorologist. He approached Tony Lupo a couple years ago about partnering together on research.

“We’ve looked at the success rate of this index, and we noticed that it wasn’t giving us as great results if we were looking at the typical weather that we would see in a season,” Lupo said. “Of course, that’s because typical weather is going to be close to average. Where this is successful is in forecasting more extreme cold or extreme warm conditions. The success rate is much higher when you look at the more extreme conditions.

“In Missouri, we’re not getting any more extreme warm or cold weather through the 125 years of record that we’ve looked at. What we can see is that there are certain times, in relation to the El Nino cycle, where extreme weather is more likely or less likely.”

According to Renken, the goal of the Recurring Rossby Wave Train is to establish numerical outputs of recurring atmospheric states.

For example, Lupo said that December 2015 was very wet, with some flooding across Missouri. This weather happened again in March 2016.

“We used our data and stretched it out and found that this pattern occurred around every 70 days,” Lupo said. “Wet weather happened again in June, just not as strongly. It happened again in August. The August one, our group kind of projected it. We noticed that the weather pattern has these repeatable cycles beyond the 10-day timeframe that we might be able to exploit.”

There are numerous benefits to having a month-long weather outlook, especially for agriculture. 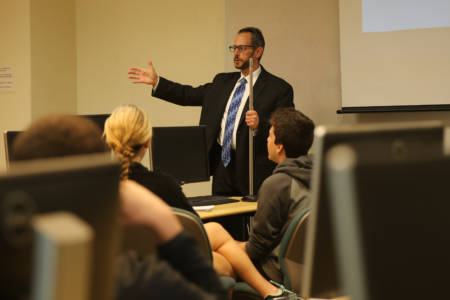 Tony Lupo teaches a class on long-range forecasting and has published several papers in that area of research.

“Looking a month out could be extremely useful for the agricultural community,” Lupo said. “It can help refine decisions on when to plant or when to harvest or when to apply certain fertilizer. It can refine the long-range forecast and give you a shorter window as the time starts to approach.”

Renken has always had a fascination with weather. He served as a sonarman on the USS Alaska, where he operated sonar equipment for the Navy before finding the meteorology forums for AccuWeather, a company that provides weather forecasting across the globe. Just a short time after joining the forums, Renken became a volunteer moderator. His involvement with AccuWeather has led to several opportunities, including becoming a volunteer weatherman for KOPN/89.5 FM Columbia.

“I can’t express how thankful I am for Dr. Lupo and his excitement about this research,” Renken said. “I’ve always been told, as someone who is self-taught, that I’m just a weather enthusiast, not a true meteorologist. Working with Dr. Lupo’s team has given us even more legitimacy to my research.”

Renken and Lupo have presented at several conferences with their data. They’re planning on sharing this research with several others as well.

“This is just another tool that a meteorologist can add to their belt,” Lupo said.