“While my career goals are not entirely clear to me, I would like to continue learning and helping others learn throughout my life.”
― Kyle Major

Kyle Major had written the preceding words in a draft application for graduate school, after earning a Bachelor of Science in Biochemistry at the University of Missouri in 2002. 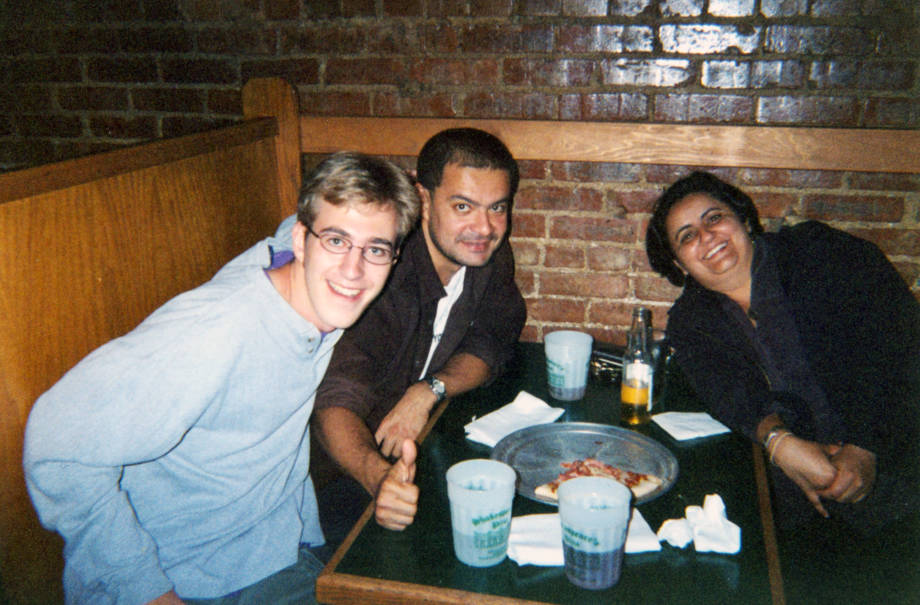 Like most Mizzou students, Kyle Major spent a good amount of time at Shakespeare’s Pizza with friends. Photo courtesy of Kim Major.

When first starting to reflect about her son, Kim Major opens with a statement that mirrors that of Kyle’s: “From the time he was born, practically, he had a thirst for knowledge and it wasn’t limited to one area. He just really liked learning.”

She remembers the boy who loved to watch “Where in the World Carmen Sandiego?” or answer the questions on “Jeopardy!” That same boy would come from school on library day with two books from two different countries.

“He just was thrilled with that,” says Kim, who graduated from MU with a degree in psychology in 1975 and played piccolo in Marching Mizzou. “I used say when other kids were reading ‘Winnie the Pooh,’ he was studying countries.”

Kyle was a boy, and later a young man, who was simply curious about the world around him — and as a student at Mizzou he was afforded the opportunity to explore those curiosities by studying languages and traveling internationally through forming friendships with international students and other study abroad opportunities. 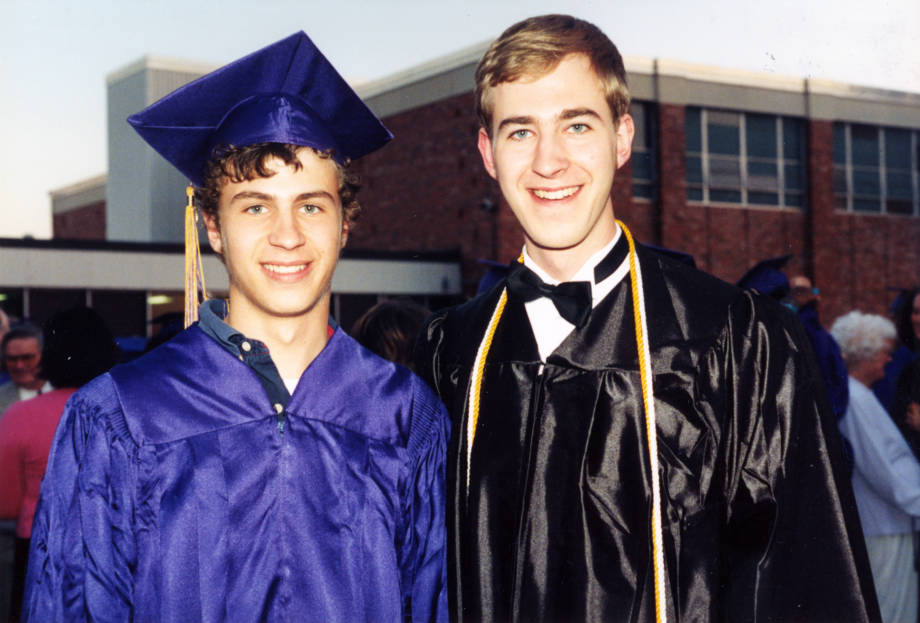 During his time at MU, he spent a year in Melbourne, Australia, and visited friends in such places as Brazil and the Netherlands. He improved upon his efforts of learning Slovak (having had some Slovak roots in his family tree) after befriending Anton Novacky, professor emeritus of plant pathology, who hailed from Slovakia and passed away in 2014.

“Kyle would find inroads to learning more about what he wanted to know,” says Kim Major, who has worked as an academic adviser at Columbia College for 16 years.

On top of all of that, he worked on biochemistry degree while continuing to follow his passion of music by taking a full load of music composition courses, participating in the Wind Ensemble as an oboist and taking oboe lessons through the School of Music.

“He very much felt at home at the music program here,” says Dan Willett, an oboe professor at the School of Music who taught Kyle for at least 11 years, going back to his days as a student at Jefferson Junior High School in Columbia and later Hickman High School.

When Willett first started instructing Kyle, the short boy who shared a wry sense of humor with him looked completely different than the tall student who attended Mizzou. “I literally watched Kyle grow up,” he says.

Kyle passed away in a fire accident in his Brooklyn apartment while finishing up his doctoral degree in linguistics at New York University and teaching a course in historical linguistics at Brooklyn College in April of 2011 at the age of 31.

Given how much of a role music played in their son’s life, it was only natural that when creating the Kyle Major Memorial Scholarship, that Kim and her ex-husband, Mark, would want to set up a scholarship for a biochemistry student in the College of Agriculture, Food and Natural Resources showing a strong interest in music and the humanities.

“Because he would have been a teacher it just seems that academia is a fitting tribute,” Kim Major says.

“She perfectly fits the bill,” says Kim Major, who met Franke for the first time at the Annual CAFNR Scholarship Dinner on Oct. 26. “When I got this I was just very touched because she fit it so well.”

Like Kyle, Emily grew up in Columbia, having attending Rock Bridge High School before coming to MU to pursue degrees in biochemistry and in music, specializing in flute performance. Furthermore, Franke has done some international traveling in her own right – and shares a fascination of languages. She has interned at La Petite École — a French-immersion preschool — and is currently taking Thai classes in preparation for a CAFNR-sponsored study abroad trip to Thailand this winter.

“I think that immersion is the best way to learn a language,” Franke says. “It’s really easy to sit in a classroom and have all the words given to you. It’s really hard to apply it because you don’t hear native speakers speaking it. You don’t get to be in the moment where you have to connect words.”

Franke is being advised by Shari Freyermuth, director of undergraduate advising and associate teaching professor of biochemistry, for her first degree and, by coincidence, Willett for her second degree.

Freyermuth, who also serves as the assistant dean for academic programs for CAFNR, immediately thought of Franke when she heard about the new scholarship opportunity. Freyermuth’s daughter, Sarah, was in Franke’s class at Rock Bridge and would perform in various music productions with her.

“I thought she would be the perfect person for this because she’s doing the music part because that’s clearly a passion of hers,” Freyermuth says.

Franke has played the flute since sixth grade — an instrument that Kim Major plays as well. 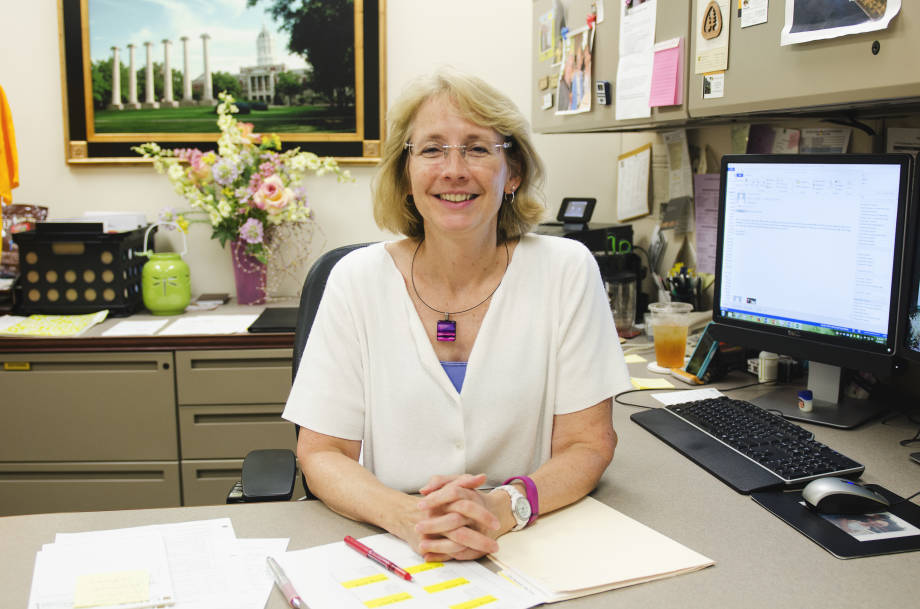 “All I can ever remember wanting to do is go to school to learn and understand things,” Franke says.

When she first was exposed to biochemistry, the subject fascinated Franke given how it represents the intersection of the macro-level organism interaction of biology and the atomic interaction of chemistry.

“I like studying the way life happens and the way molecules work to make things happen. Understanding on a molecular level how DNA is turned into life — that’s fun to learn about,” Franke says.

Franke admits, though, that the group of students who pursue both degrees in music and science of any kind is a very small group. She talks about how her friends at the School of Music request that she try to explain what she is studying in biochemistry in terms of jelly beans.

“It’s kind of funny trying to translate between the two, but it’s also really lonely, so it’s nice when you find people who are supportive of both,” says Franke, referencing Freyermuth and Kim Major.

When she mentions her double major, she often hears a similar reply: “Oh, you couldn’t separate the left brain from the right brain.” She does not see it this way.

“I think it’s how you think of it,” Franke says. “If you think of music as being purely creative, flowing, expressive, edifying the human soul… that’s what it is, kind of, but there’s so much behind every note you play.”

She adds that some music theory surrounding the accompaniment of pieces from the likes of Bach can be just as complicated as any scientific understanding, such as inserting new DNA into an organism.

“It’s very much the same,” she says. “It uses the same part of your brain to grasp those concepts.” 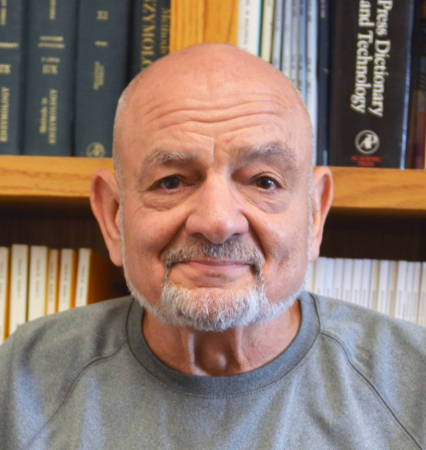 “You really have to fit what you’re doing into the greater good,” Freyermuth says of playing an instrument, “and that’s what science is, that’s what we triumph when we try to get students involved in undergraduate research because we want them to see what they’re doing at the lab might not seem important at the moment, but it fits into a greater picture.”

“It’s all connected,” says Joe Polacco, professor emeritus of biochemistry. “I think people who think outside of the box make those connections.”

Kyle Major served in Polacco’s laboratory in the late 2000s when the two worked on research on inhibitors of arginine metabolism in Arabidopsis plants. In a typed reflection about Kyle, Polacco says that he worked in three “‘idioms’: Music, Language and Biochemistry.”

Polacco himself has surrounded himself with two of these focal points as someone who has taught classes and seminars in Spanish and Portuguese in Europe and South America. And as the brother of a singer-songwriter, he has a deep appreciation for the third category.

“I cherish kids who come in and think beyond that degree and life-time income and have more of a world view and Kyle was one of those students,” Polacco says.