Livestock owners across Missouri are encouraged to be prepared for the upcoming Food and Drug Administration changes to antibiotics that will go into effect on Jan. 1.

Craig Payne, director of veterinary medical extension at the University of Missouri, said there are two main changes. The first deals with medically-important feed grade or water soluble antibiotics that have a claim on the label, such as improved rate of weight gain or improved feed efficiency. These claims will be removed from the label and the antibiotic will no longer be permissible to be used for those production purposes.

The second change deals with the same antibiotics, many of which have been available over the counter in the past. On Jan. 1, these antibiotics will no longer be available in that regard, instead requiring veterinarian oversight. 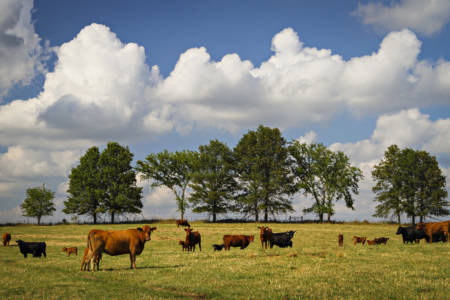 Livestock owners will need a Veterinary Feed Directive for feed-grade antimicrobials and a prescription for water-soluble antimicrobials. Photo by Kyle Spradley.

“The FDA created a list of medically important antimicrobials in 2003 that are important in human medicine,” Payne said. “Any of the antimicrobials that are on that list will be impacted by the upcoming changes.”

Antimicrobials are agents that destroy microorganisms or hinders their growth. Antibiotics are used against bacteria, for example.

Several antibiotics have claims on the label for improved rate of weight gain or improved feed efficiency. Payne said they are typically fed at low levels over a long period of time.

“The FDA is eliminating production uses by making these label changes,” he said. “They want the antibiotics used just for treatment, prevention or control of disease.”

For feed-grade antimicrobials, livestock owners will have to have a Veterinary Feed Directive. The VFD is a form that a veterinarian fills out. That form is given to the feed distributor, who then issues the medicated feed that the order is for. For water-soluble antimicrobials, a prescription from a veterinarian will be required.

“The veterinarian-client-patient relationship (VCPR) is at the heart of all of this,” Payne said. “It’s not a new concept. Veterinarians have issued prescription medications for years and they need to have a VCPR in place to do this. A VCPR means the veterinarian must be acquainted with the care and keeping of the animals before they issues a VFD or prescription.”

Livestock owners need to develop a relationship with a veterinarian in preparation for the changes.

“For producers that use a veterinarian, chances are they have a VCPR in place,” Payne said. “There isn’t a different requirement that they have to meet. They just need to visit with their vet and make sure it’s in place. For those who don’t use a veterinarian very often, chances are they don’t have a VCPR. They would need to identify a vet and start the discussion. I would encourage them not to wait until the first of the year, too.”

The Forage Systems Research Center, in Linneus, is one of several MU Agricultural Research Centers that has cattle. Superintendent David Davis said they work with several veterinarians throughout the area.

“We have good working relationships with several local veterinarians,” Davis said. “They know what we do and they do a quite a bit of herd health work for us. We also have a good relationship with the MU veterinarians on campus. Any of them could issue a VFD for us.

“Everyone will need a veterinarian for this to work. Livestock owners need a good working relationship with that veterinarian, too. They need to find someone they can trust.” 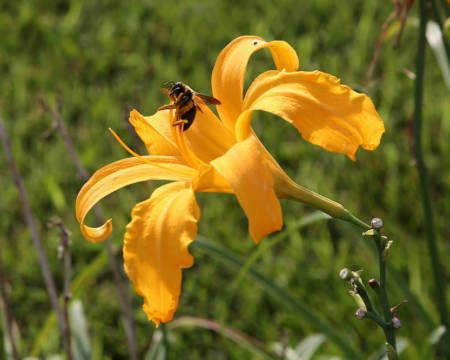 A variety of species will be affected by the new FDA changes, including insects, like bees. Photo by Logan Jackson.

A variety of species will be affected by the changes – even insects, like bees.

“This goes for your backyard poultry flock or your kid’s 4-H rabbit as well. It doesn’t matter what species that the antibiotic is going to be used for. It has a more widespread impact than your typical livestock such as cattle or hogs.”

The VFD that the veterinarian issues will come with an expiration date. Once that date hits, it is no longer appropriate to feed that medicated feed, despite how much is leftover.

“For example, let’s say a livestock owner has a 50-pound bag of feed, and they can’t use it all this one year,” Payne said. “They get a VFD for 6 months and use the feed during that timeframe. The VFD will expire; however, they have feed left and don’t need to use the feed until next year. If they want to work off the same bag during the next year, the veterinarian can issue another VFD.”

Payne has been traveling across the state throughout the year, passing along information to livestock owners. He’s also met with several veterinarians to discuss the upcoming directives. Payne said that those interested in finding a veterinarian can contact their local extension office for more details.

For a closer look at the upcoming changes, visit the FDA website.