To the naked eye, the sample looks like a small white dot resting in the new FEI Scios Analytical Dualbeam FIB-SEM Microscope. One surely would not expect the object’s true identity at a much closer glimpse: “I think this could be the world’s smallest Tiger head,” Tommi White will later say. 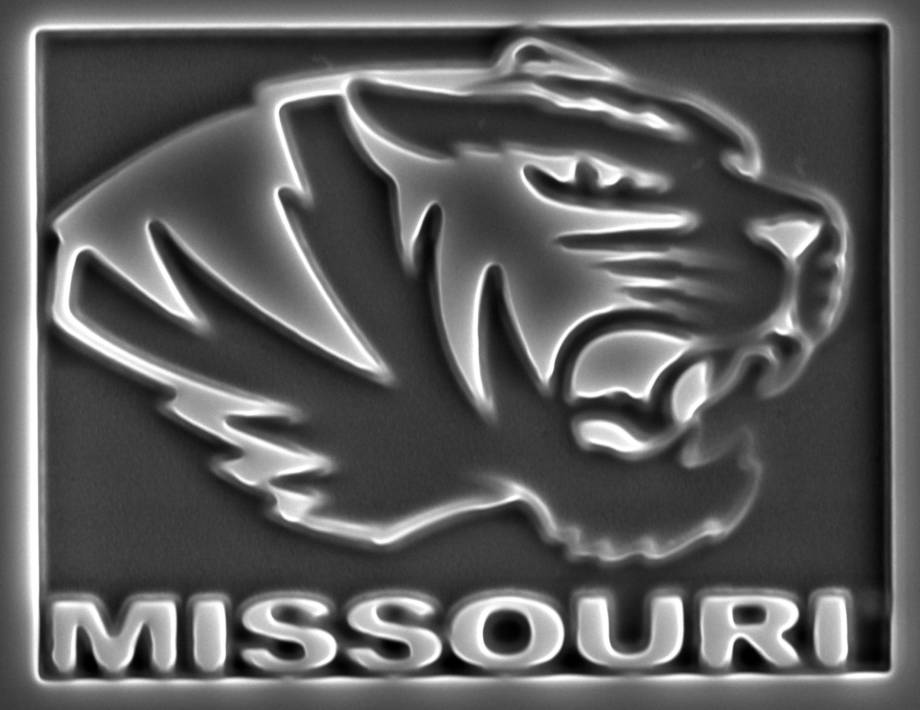 White, an assistant research professor of MU Biochemistry, has served since 2012 as the associate director of the Electron Microscopy Core (EMC) Research Facility, located in the bottom floor of the Veterinary Medicine Building. One of her associates, Xiaoqing He, made the extremely minute Mizzou Tiger head logo in a matter of minutes to show the many powers of the new microscope — in this instance, nanopatterning, which can be used for a variety of research including designing electrical circuits.

The microscope, which was installed on Sept. 23, is only third one installed on a U.S. college campus, White said. It was recently purchased for approximately $2.1 million by the MU Office of Research, Graduate Studies and Economic Development as a part of a campus-wide initiative to build up the university’s overall research infrastructure.

FIB-SEM stands for “focused-ion beam scanning electron microscope.” It is this dual-beam system — meaning the combined action of an electron beam and an ion beam within the same instrument — which will allow researchers at the University of Missouri to explore uncharted territory in both the life and material sciences, White said. 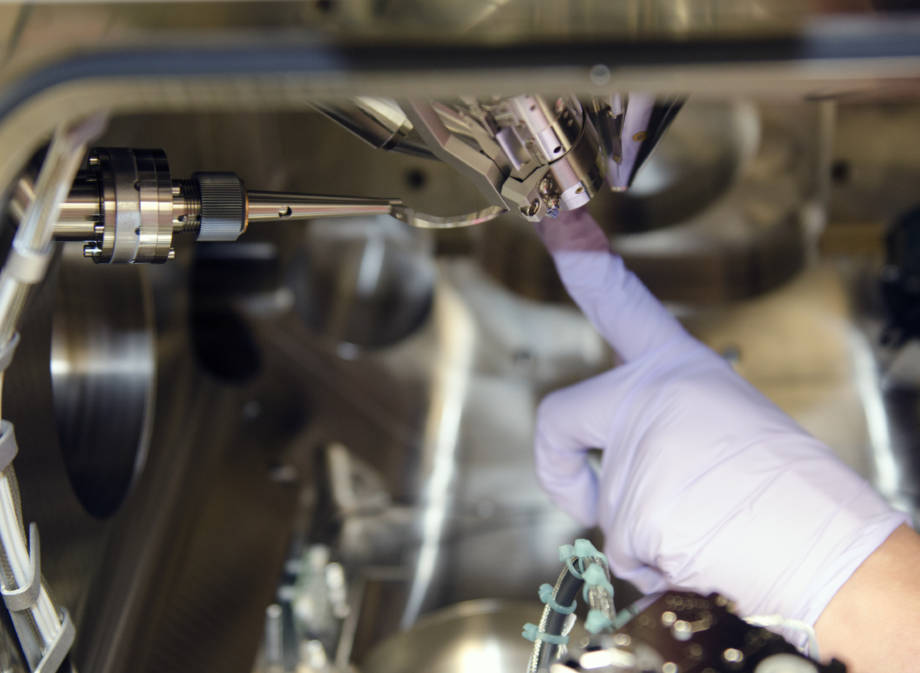 By having the ability to mill surfaces of any kind with the ion beam and then scan the sample with the electron beam to create a 3-D-image or composition, there are not many materials out of range for the latest of the five electron microscopes available to MU researchers. Before the new microscope was added to the core, preparing thin specimens of rock and other hard, bulk material was difficult.

“With this new instrument we can look at really hard samples. If we have the sample thin enough, our high-resolution TEM (transmissional electron microscope) can now be utilized allowing us to see atomic surfaces,” says White, whose research as a structural biologist centers around proteins, viruses and bacteria.

The FIB-SEM microscope offers 3-D imaging to life scientists. Material scientists can benefit from not only nanopatterning, but also 3-D X-ray energy dispersive spectroscopy for elemental composition and 3-D electron backscatter diffraction to look at a material’s crystalline nature.

White added that James Schiffbauer, an assistant professor of geological sciences, has used an FIB-SEM microscope in the past to characterize the coloration of dinosaur feather fossils.

The EMC, which is housed by the Department of Veterinary Pathobiology, was established in 1995 by the Office of Research as a way to unify all of the various electron microscopy resources used by the College of Agriculture, Food and Natural Resources, School of Medicine and College of Veterinary Medicine. In 2000, the EMC expanded with the addition of the Department of Geological Sciences Microbeam Analysis Facility from the College of Arts and Science. 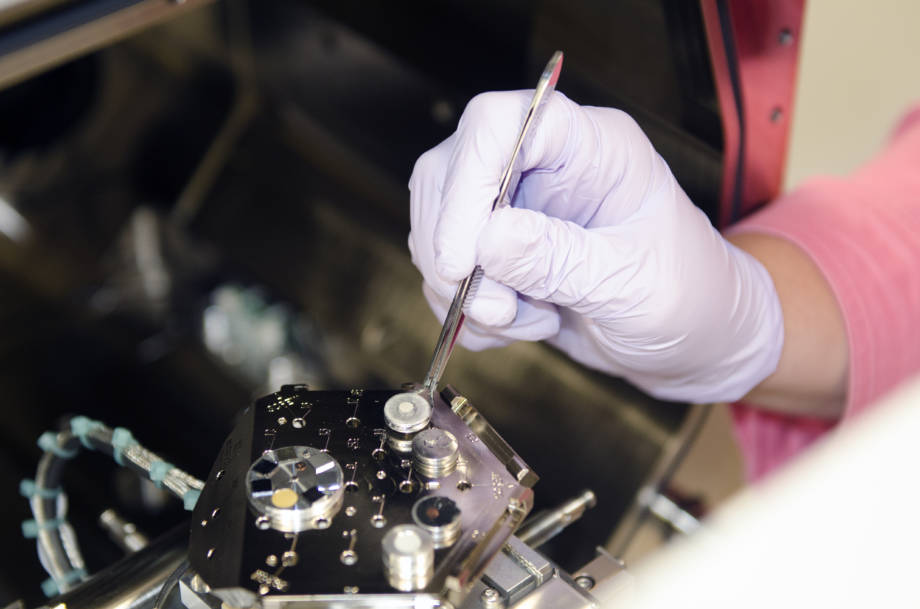 The new FIB-SEM microscope can hold 18 samples at one time.

CAFNR is one of five colleges/schools — the College of Engineering being the fifth — that frequently have researchers and faculty members use the EMC’s microscopes to analyze samples. Those who can regularly be found reserving the equipment, which can be done through the core’s website, include Michelle Warmund, professor in the Division of Plant Sciences, for conducting analysis of gall-forming insects.

In addition, several industry clients often request to use the EMC — or have samples sent to them for remote analysis. MU alumni often ask to use the microscopes as well. “If they find a problem and they don’t have the resources needed at their current institution, they reach out to us and say ‘Hey, can we look at this?’” White said.

The new FIB-SEM microscope could serve as a catalyst to help create a sense of newfound sense of cohesiveness among the various material scientists on campus, White said.

“I’m hopeful that this instrumentation will not only help investigators use the high-resolution TEM, but also bring more of a community of material scientists together and attract more of that capability to campus,” she said.