Temperatures have started to cool and coats and sweatshirts have been pulled out of the closets.

Tony Lupo, University of Missouri professor of atmospheric science, said those coats could get a lot of use this winter, as it could be a tad cooler than the average.

“I’m thinking it’s going to be a little colder than normal,” Lupo said. “This is due to the neutral-to-weak La Niña conditions that are in the Pacific. Generally, when that happens, we get that jet stream that is coming down from Alaska and cutting through the central United States then back up the east coast. It usually leads to cooler conditions in our part of the world.

“I look for that forecast to continue through the winter.” 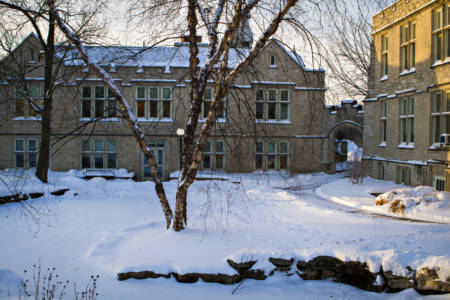 Lupo expects 15 to 20 inches of precipitation this winter.

The average winter temperature hovers around 32 degrees in Missouri. Lupo said that average temperatures should hang around 30 degrees this winter.

“Right now, we’re watching Alaska and Siberia,” Lupo said. “Siberia is pretty snow covered right now. We’re getting cold air masses built up there, which is very normal. There is a lot of cold air on the Russian side of the globe. We watch that to see if it has any tendency to nose into Alaska. When it does, and you get these La Niña situations, the jet stream can punch up into the northern regions and push that cold air into the United States.

“That’s what we’re watching right now. The Siberian cold seems to be deeper and larger than normal.”

Lupo added that precipitation should stay around normal, with 15 to 20 inches falling.

If the winter temperatures do average 30 degrees, it will be very different than last year. Lupo said last year’s winter was one of the warmest in Missouri history. Average temperatures were 37 degrees, five degrees above normal.

“That’s a pretty healthy warm anomaly, to be that far above normal,” Lupo said.

Lupo said that Missouri has seen a variety of weather patterns this year. The spring was cooler than normal and the summer was warmer than normal. The summer is usually dry as well, but was wetter in 2016.

“The heat was just constant during the summer months,” Lupo said. “We didn’t get any cool spells and no 100-degree heat. It was very consistent.”

The warm weather continued into the fall.

“Right now, we’re on track to have the second warmest fall ever,” Lupo said. “It’s been unreal. After the warmest fall, in 1931, they had the warmest winter ever. I don’t think that’s going to happen in 2016, but there certainly is precedent for something like that to occur.

“If it doesn’t cool down and this warm fall continues, I’ll be eating crow and we’ll have a very warm winter.”

Regardless of where the temperatures end up, Lupo said it’s important to be prepared for whatever happens, especially if cold weather comes.

“You want to have some things on hand like candles and blankets, put some of that in your car just in case,” Lupo said. “Carry some kitty litter or sand in the back of your trunk. It helps with the weight and, if you are stuck, you can use some of it under your tires to give you traction.