Michael Roberts, Curators Distinguished Professor of Animal Sciences and Biochemistry, gave the keynote lecture, “The Current Status of Transgenic Farm Animal Research,” Sept. 19. Roberts is a member of the National Academy of Sciences and internationally recognized for the discoveries of interferon-tau and other pregnancy-associated proteins.

Roberts said the subject matter was close to his interests, and he was glad to be able to highlight some of the work from Missouri, and specifically from his own laboratory, which was highly relevant to the interests of many of the participants.

“It’s always flattering to be invited to be a keynote speaker at an important conference, as it reflects a confidence in me as a presenter and in my past and on-going scientific contributions to animal agriculture and biotechnology,” he said. “Moreover, I have been around long enough to provide some perspective.” 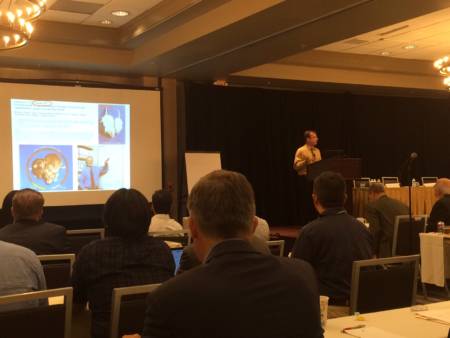 MU makes significant contributions to this field, Prather said, including research announced last year that successfully modified pigs so they would not get porcine reproductive and respiratory syndrome virus.

“We have the only National Swine Resource and Research Center funded by the NIH,” he said. “We are a core facility that makes genetically modified pigs for biomedicine. In addition, we genetically modify pigs for agriculture and medicine. Over 48 different genetic modifications have been made in pigs at MU.” 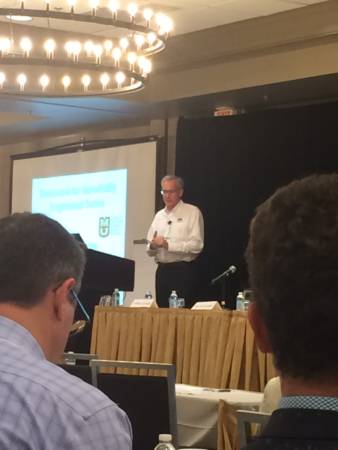 The objectives of the conference were to provide updates on genetic engineering technologies, including genome editing, and their biomedical and agricultural applications in academia and industry; engage federal agencies, industry representatives and academic researchers in a policy development forum; and generate discussion on regulations pertaining to genetically engineered livestock and review the Medical Device Development Tools (MDDT) program.

“[The summit] was put together because of the recent advancements in the technology for genetic engineering of large domestic animals. There was so much new information that a meeting was justified,” Prather said.

According to conference organizers, remarkable developments in genome editing are set to revolutionize medicine and agriculture as large animal genomes can, for the first time, be modified with sophistication and efficiency previously only achievable in the mouse. This technology would allow for improvement in livestock production traits, agricultural animal health and welfare, and generation of more refined large animal models for biomedical applications.