The South Farm Showcase added more activities to celebrate its 10th anniversary on Saturday, Oct. 1 – and that led to even more fun for attendees. 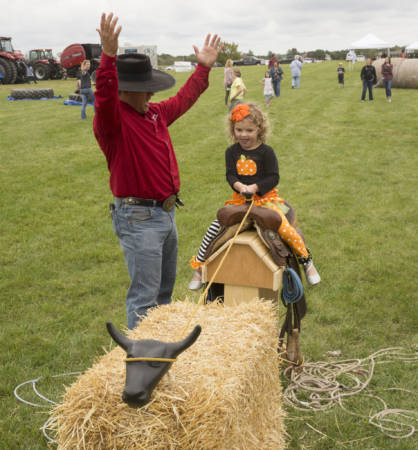 There was fun for all during the 10th South Farm Showcase.

This year’s Showcase, which took place at the University of Missouri College of Agriculture, Food and Natural Resources’ South Farm Research Center in Columbia, added several stops throughout the event, including a horse plow demonstration, pink pumpkin decorating, roping activities and a soil tunnel.

More than 16,000 attended the annual event, the most in Showcase history.

“We felt that it went really well,” Superintendent Tim Reinbott said. “All of the reactions we heard from the community were extremely positive. We were happy to have some new, fun activities for people to take part in.”

The South Farm Showcase began in 2006 with less than 1,000 people in attendance. The event was created to show the Columbia community what research CAFNR was completing – and it has continued to grow since then.

Saturday not only served as the 10th anniversary for Showcase, it was the grand opening of Jefferson Farm and Garden. Jefferson took part in last year’s Showcase and added more fun for kids and adults for this year’s event. Kids could race small tractors, visit the butterfly house, taste different milk flavors and pet farm animals. 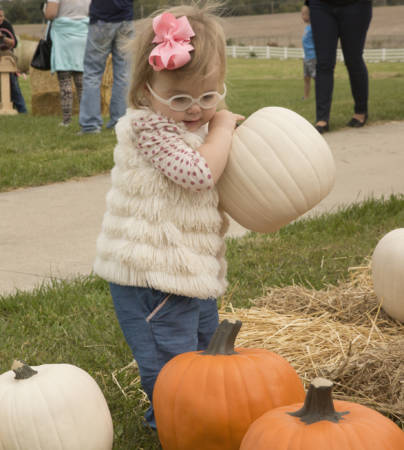 There were plenty of activities at Jefferson Farm and Garden during the 10th South Farm Showcase.

“You always want to be dynamic and willing to change,” Reinbott said. “Jefferson did a great job of adding even more activities for attendees. They had plenty of hands-on activities for kids and adults alike.”

CAFNR departments, clubs and organizations were all represented throughout the event. The MU Equine Teaching Facility was also featured, with a station to milk a cow, pet sheep and pigs, and check out the foal parade.

“We now have three different ‘campuses’ – South Farm, the Equine Teaching Facility and Jefferson,” Reinbott said. “Each has a different flavor. It’s exciting to be able to offer so much variety to the community.”