The University of Missouri College of Agriculture, Food and Natural Resources South Farm Research Center conducts a variety of research – from swine to turf – on its nearly 1,500 acres of land.

More than 10 years ago, CAFNR Vice Chancellor and Dean Tom Payne put together a team to find the best way to showcase the assortment of projects taking place at South Farm. Not only did the group want to highlight the research, they wanted to make the showcase interactive, allowing the community to really see what was happening at the South Farm Research Center. The goal was to create an atmosphere where people of any age could come in and have fun while learning more about the agricultural world.

The first South Farm Showcase was held in September 2006, with less than 1,000 people in attendance. The event is now entering its 10th year of existence and has grown throughout its run. An estimated 16,000 attended the Showcase last year.

“The whole idea was to invite the community into this ‘mysterious land’ that was the South Farm Research Center,” said John Poehlmann, former South Farm superintendent. “A lot of people drove right by South Farm and didn’t really know what was going on there. We wanted to invite them in and show them everything we were doing.” 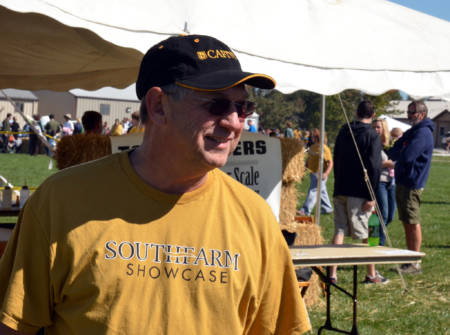 The idea for the South Farm Showcase came from a similar event at Ohio State University. Payne served as the Ohio State University College of Food, Agriculture and Environmental Sciences associate vice president for agricultural administration, associate dean for research, and director of the Ohio Agricultural Research and Development Center from 1993-98. A group went to OSU to see how that event ran before launching the South Farm Showcase.

“The success of the South Farm Showcase is owed to the dedication of many volunteers and the visionary leadership of South Farm and CAFNR staff, faculty and students,” Payne said. “Under the inspiration of Donna Thomas, Beverly Spencer and John Poehlmann, a germ of an idea from a visit to Ohio State University’s Ohio Agricultural Research and Development Center Wooster Campus to discuss their three-day community event resulted in our CAFNR’s South Farm Showcase. It is fantastic and now part of the fabric and culture of CAFNR and our community.”

Payne was instrumental in the development of the event. His vision has allowed the event to grow as well, with larger crowds and new activities.

“I am really thrilled at what CAFNR’s South Farm Showcase has become – a fun-filled family Saturday enjoying and learning about the wonders of agriculture and our environment,” Payne said. “Originally attracting a few hundred visitors to see examples of things we do at South Farm, the event now attracts several thousand, where kids and moms and dads learn about agriculture in general. The most heartening development is the number of children and parents who join in the fun and education. Agriculture is so critical and introducing kids early is important.”

Poehlmann retired last year, with Tim Reinbott, former Bradford Research Center superintendent, taking over the event’s reins this year. Reinbott has been a big part of past Showcases, and was excited to lead the charge for this year’s event.

“To have an opportunity to help educate so many about what South Farm and CAFNR is all about is extremely exciting,” Reinbott said.

There is always something new and different being done at the South Farm Research Center. Along with research on swine, beef cattle and horses, turf grasses and poultry are studied. South Farm is also home to the Soil Health Assessment Center, and the MU Forestry Club holds Conclave practices on the South Farm grounds. 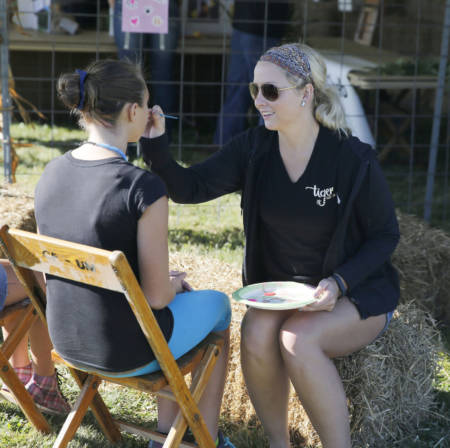 Tiger Garden has been involved with the South Farm Showcase since its first event in 2006. Photo by Logan Jackson.

The South Farm Showcase has undergone changes throughout its time; however, there have been several mainstays that continue to be part of the event. Tiger Garden has offered an area for kids to paint pumpkins or have their faces painted. The Forestry Club has showcased wood cutting and the entomology stops have always drawn a large crowd. Petting zoos and corn mazes have also been staple activities.

“Agriculture is not static and neither is what you will see at South Farm Showcase,” Reinbott said. “It is amazing how far we have come in the last 10 years, and even if you have come to the past several Showcases, I guarantee you will see something that you have never seen here before.”

“I think a big part of that jump was due to social media,” Poehlmann said. “People were really sharing how much fun Showcase was and how great of an experience it was for kids. We also got a lot of great press coverage. There were a lot of factors into that jump.”

This year’s South Farm Showcase will run from 10 a.m. to 4 p.m. on Saturday, Oct. 1. A few new events this year will include pink pumpkin decorating, horse plow demonstration, roping activities and a soil tunnel. The event is free and open to the public. 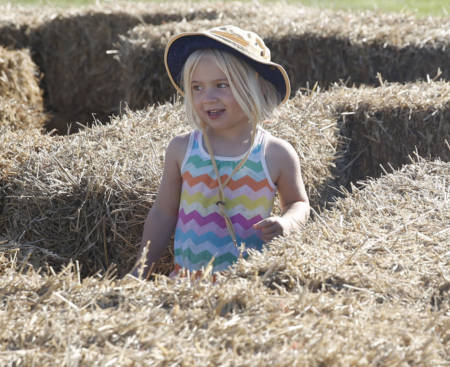 Liz Aten has attended two Showcase events and plans on attending a third this year.

“What brings you back is the craving to see the land and the animals,” Aten said. “In this modern, fast-paced tech world, you long to see and touch live cows and pigs, sit on the pastureland and smell those good farm smells of dirt and crops.”

“My boys enjoy the giant cockroaches and the cockroach racing,” said Kate Pitzer, who has brought her family to the Showcase the past three years. “The cannulated cow is always hugely fascinating to all the kids – and adults. We also really enjoy the trained dog doing tricks, trying the different flavors of mealworms and seeing the rehabilitating raptors.

“The South Farm Showcase is a great way to keep your kids entertained for an afternoon, while being outdoors and learning and doing new things together. It’s very unique in my experience, and a nice showcase of a beautiful property during a beautiful season.”