Most Missouri farmers and agribusiness professionals probably do not spend too much time thinking about algae, aquatic organisms that live in water. When it comes to enhancing drought performance of major crops, though, John Boyer does.

Upon arriving on the University of Missouri campus in 2015 as a Distinguished Research Professor in the Division of Plant Sciences, Boyer began comparing the findings for growth of land plants with those of a specific type of alga that he studied with this team at the University of Delaware to attempt to gain new insight into the growth of crops — namely corn. 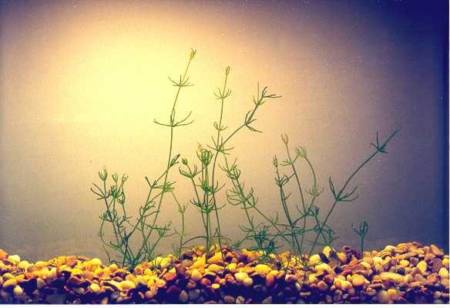 “Now that we have genomics and we can analyze the genetic basis of this alga, it’s becoming even more clear that these are the closest relatives to land plants, and thus, to our crop plants,” said Boyer, who was elected to the U.S. National Academy of Sciences in 1990 and to the Australian Academy of Sciences in 2005.

“It is true that 400 million years has transpired since plants began to invade the land, but never the less, they’re experimentally very useful as models of what might be going on, on land.”

Those corollaries between algae and corn (and other plants) are the focus behind an academic paper that Boyer recently published in the June issue of the journal Frontiers in Plant Science: “Enzyme-Less Growth in Chara and Terrestrial Plants.” For starters, both algae and plants take part in oxygenic photosynthesis, where energy from the sun is converted to chemical energy, producing oxygen and sugars.

While at Delaware, where he served as a professor for several years before earning emeritus status in 2005, Boyer and his team heavily worked with Chara corallina, a species of alga known to resemble a land plant with branch-like structures. These structures are similar to the reproductive structures of most crops that grow on land. Furthermore, Chara is known to be an ideal model to study how plants grow by examining how plant cells individually get larger.

For years, the plant science community held the view that enzymes helping to build specific components of the cell wall were the largest factor controlling plant growth. That theory, though, started falling to the wayside about five years ago, Boyer said, when other laboratories began finding “mutant” cases where plants were growing in spite of lacking some of what were thought to be the key growth components.

Boyer’s paper, instead, points to a unique chemical mechanism that was first documented in his research with Chara, in which a plant’s normal turgor pressure (the pressure inside plant cells) distorts some of the chemical bonds within a cell wall. The cytoplasm (the material inside a living cell), using enzyme-based activity, releases new undistorted cell wall components. Those components then target the distorted molecules, which cause them to “slip a little bit” — in Boyer’s words. He thinks this targeting process may be what makes the cell wall grow. The process itself appears to be chemical — and enzyme-less. 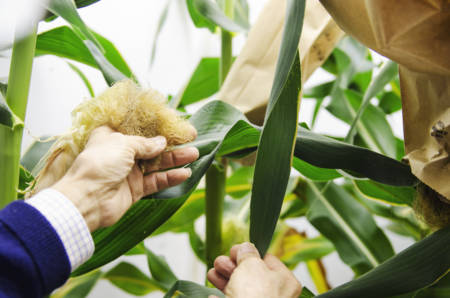 John Boyer shows silk that was produced from one of the ears of corn grown in his growth chamber facility.

“It’s very pioneering work on how plant cell walls grow, how they expand. John has been pushing the frontier of knowledge on that,” said Bob Sharp, the director of MU’s campus-wide Interdisciplinary Plant Group and a professor in the Division of Plant Sciences. Sharp spent three years (1981-84) as a postdoctoral fellow at the University of Illinois at Urbana-Champaign working with Boyer. While preparing the paper, Boyer looked over a long list of studies that included work done on drought stress by Boyer and his team at Illinois.

At Illinois, Boyer first tried to convince plant breeders to start paying attention to drought performance in the ’60s and the ’70s. Again, he fought against a preconceived notion: that plants with improved yield under good conditions would automatically improve yield under drought. Boyer spent a large portion of his career finding that certain genes involved in drought performance are only “turned on” when a drought occurs, and would not act the same way when plants were grown in good conditions.

Boyer admits that he was discouraged at the lack of awareness of his findings for many years until his drought research caught the attention of major plant genetics companies in the mid-’90s. Syngenta, a major seed company, began looking directly at those drought-associated genes when coming up with new hybrid seeds for crops, such as corn, Boyer said. 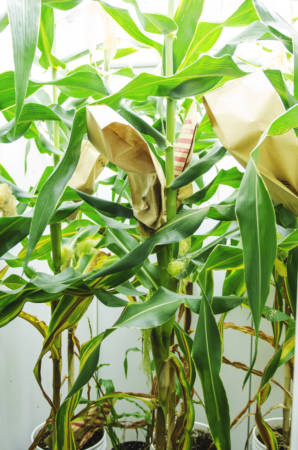 “There’s been a sea change in the view toward improved drought performance compared to the way it was,” Boyer said.

The next step in Boyer’s research is to conduct what he calls “the critical experiments.” These will help identify whether the same unique chemical mechanism that happens in the cell wall of algae also happens in corn.

He started making inroads toward this goal last winter when he and his team planted corn for examination in the Sears Greenhouse and in growth chambers in the Agriculture Building. Researchers first fed photosynthetic products intravenously to the plants, testing whether grain would develop in the young ears (the female flower of corn) in spite of drought conditions. The tests conducted in the greenhouse yielded successfully. The corn grown in the Agriculture Building, though, essentially outgrew the growth chamber.

At the moment, Priyamvada Voothuluru, a research scientist working with Boyer, looks at sugar analysis and imaging in corn, particularly in the developing kernel, where the amount of sugar is key to grain production in the ear.

The enlargement of the kernel is where the algal work becomes relevant to crops, Boyer said.  Given that the cell walls are made of the sugars that Voothuluru is researching, knowing the mechanism of the enlargement process is part of improving yields. After enlargement, the sugars become part of the embryo and starch in each kernel; therefore, its deposition determines the final yield. During drought, the availability of the sugars diminishes, so this work is at the heart of improved drought performance, Boyer said.

Given the recent installment of new larger state-of-the-art growth chambers in the Agriculture Building and Voothuluru’s current work, Boyer is hopeful to begin the experiments soon, using the discoveries gained from his work with algae and with sugars as a baseline for the research. Boyer’s availability is limited, as his appointment at MU allows him to spend two months  a year to work on research and educational activities.