Shibu Jose, director of the Center of Agroforestry, is shown… Expand ▸

Having edited or co-edited seven books previously, Shibu Jose is no stranger to the process of gathering information from a variety of fellow researchers in the field of agroforestry. His most recent collaborative effort, though, provided a different experience than the rest.

For one, the book, “Biomass and Biofuels: Advanced Biorefineries for Sustainable Production and Distribution,” provides a comprehensive academic outlook on a global scale for an ever-changing subject that continues to find itself in daily news headlines throughout the world. 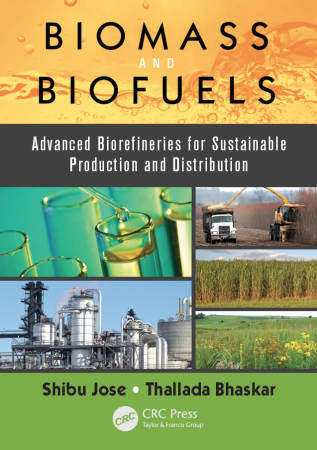 This book, which was published in April 2015, was the eighth that Shibu Jose has either edited or co-edited. Image courtesy of CRC Press.

Jose, who has served as the H.E. Garrett Endowed Professor and director of The Center for Agroforestery since arriving at the University of Missouri in 2009, has been at the forefront of biomass and biofuels research by helping spearhead such initiatives as the Mississippi/Missouri River Advanced Biomass/Biofuel Consortium (MRABC) and Tiger Energy Solutions, LLC.

In 2012, Jose was on a trip to India with a team of MU faculty and administrators to continue their research on biomass and biofuels as part of a $24 million biomass project, the Joint Clean Energy Research and Development Center, funded by the U.S. Department of Energy. It was under the umbrella of a larger five-year $125 million energy project involving the U.S. and India.

Under the arrangement, MU was listed as the lead school to look into the aspects relating to feedstock and sustainable production, with Jose’s former employer, the University of Florida taking the lead on biomass conversion and Virginia Tech overseeing research on sustainability and socio-economic analytics.

On that trip, after touring a number of facilities in India, including the Indian Institute of Petroleum (IIP), Jose first proposed working on a book with a fellow collaborator at IIP. That person turned out to be Thallada Bhaskar, an environmental chemist.

“This is the era of interdisciplinary collaboration and here is a good example where engineers, chemists, biologists, economists and social scientists came together to look at the entire spectrum of issues related to the production and distribution of biomass and biofuels out there,” Jose said.

“When you work in translational research across an entire value chain involving biomass, you cannot work in isolation. You have to reach out and you have to cut across multiple disciplines and so that’s one good thing about working in a translational field like this. You get to know not only the scientists, but the landowners and the industry leaders.”

One topic, many perspectives

After reaching an agreement with CRC Press to publish the book, Jose and Bhaskar constructed an overall outline before inviting fellow researchers from a variety of disciplines to submit chapters.

In addition to reaching out across the globe for academic insight, Jose also sought the expertise of fellow MU researchers who either directly work for The Center of Agroforestry (UMCA) or have teamed up with Jose in past collaborations. That list includes Sougata Bardhan, assistant research professor, School of Natural Resources; Larry Godsey, research associate, UMCA, and Cerry Klein, professor of industrial and manufacturing systems engineering, College of Engineering.

Carol Williams, who wrote the book’s first chapter on biomass feedstocks, was still working at the University of Wisconsin as a research scientist, before taking the same position at UMCA a month after the book was published. 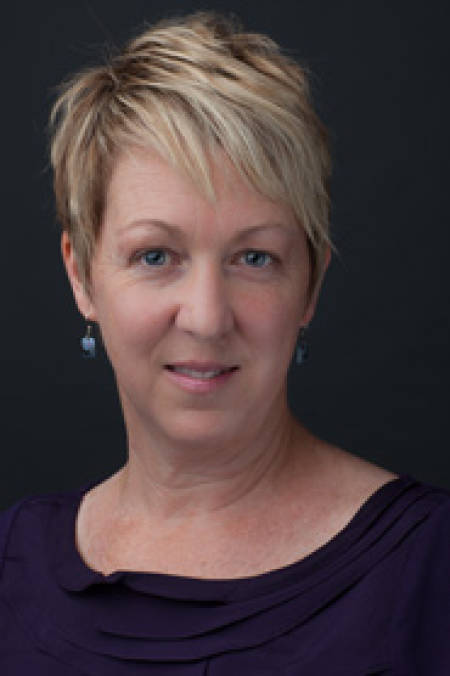 While at Wisconsin, she had been spending a large part of her time in northwestern Missouri, where she was associated with the Midwest Conservation Biomass Alliance. The MCBA is an informal consortium composed of industry leaders, individuals from state and federal agencies, academic researchers and others. She first met Jose in January of 2013 through this consortium, which is a separate entity from MRABC. As a landscape ecologist, she has spent a majority of her career studying crop-environment interactions and sustainability impacts of grassland-based bioenergy.

“I think one of the values of this textbook is folks are coming from many different parts of science, many different disciplines,” Williams said. “Books like this, particularly at the level for upper-level undergraduate and graduate students … it provides them a common frame through which dialogue can happen and interaction can happen among those disciplines.”

Her chapter sets the stage for that dialogue by “providing a basis for using the professional language” and to acquaint the audience with the terminology they will encounter in the rest of the book, said Williams, who added that the book helps those who read it “understand the wider scope of the challenge.”

Although Jose was familiar with a majority of the submitted material, he did experience a couple of “eye-opening” moments when the chapters were turned in by a total of approximately 50 researchers. One of the most notable was a case study that came back from Nigeria that was written by Muhammad Sokoto from Usmansu Danfodiyo University. Compared to the other countries that were covered in case studies (U.S., Brazil, India), Nigeria is a relatively unknown player in the biofuel industry — even though there are plentiful research and development initiatives taking place within the country, per the case study.

“Quite often there are things happening out there, but there is nothing written up as a comprehensive overview of what is happening in a particular country,” Jose said. He co-wrote a chapter about the U.S. case study with Bardhan (who served as lead author) and Godsey. The chapter analyzed the production of three biofuel facilities.

Jose also co-wrote a chapter that explains the viability of growing sorghum as a sustainable feedstock. Although having a physical resemblance to corn, the plant uses much less water and nitrogen compared to corn. The biomass version of the plant can grow up to 15 to 20 feet high. Sweet sorghum varieties have sugar that can be extracted like sugar cane and can be easily converted to biofuels, in addition to the plant’s cellulose. The book chapter highlights the plant’s drought resistance, but ongoing studies at MU also point to a possible flood resistance as well, Jose said, which would make it an ideal rotation crop with soybeans for Missouri farmers who are situated in flood plains.

The book may be geared for an academic audience, but there is plenty of information that can be gleaned for the general public. The technology to make biofuels at a mass level is there, Jose said. The challenge is to make the technologies less expensive to be able to compete with traditional gasoline in the marketplace.

“When you read through the chapters it gives you the confidence that there are technologies available today where we can take that biomass and convert it to petroleum in a matter of minutes or even seconds,” said Jose, referring to such quick thermochemical processes as pyrolysis in which organic material is irrevocably changed by raising temperatures in the absence of oxygen.

“When you work in translational research across an entire value chain involving biomass, you cannot work in isolation.”
― Shibu Jose

“It could be seconds to a few hours depending on what kind of technology you use, but it’s still much shorter than the millions and millions of years it took nature to produce petroleum, which is finite. There is no more once we use up that petroleum, so we have to look into what are the other alternative ways of meeting our energy needs and this is one of those alternative energy sources.”

Williams added that the public needs to be aware of the challenges with the practical applications of taking the technologies of growing feedstock, converting it into fuel and using it in the same fashion as gasoline. To support a transformative technology, such as biofuel, it takes a global response that is invested in implementing change across the entire energy production infrastructure, she said.

“We have to transform things over time that are also working in parallel and are compatible with current systems of energy, so there’s issues of demand and supply, but also competition and having whole systems that make sense in order to facilitate those transformations,” she said.

Jose and his collaborators envision a small-scale system of what are being called “advanced rural bio refineries” that produce about 10-15 million gallons of fuel a year. The biomass is grown locally, converted in a local facility and only covers a radius of 30 to 50 miles from the facility.

“That would really benefit the rural economy and we can be the ‘Saudi Arabia of biofuel production’ if we can accomplish that,” Jose said of the U.S. “so that is the next dream.”