The Thompson Research Center has harvested 540 trees over… Expand ▸

At the Thompson Research Center in Spickard, Mo., they are demonstrating that management with a recent timber harvest.

“In general, we want to maintain or improve the health of our forests,” said Dusty Walter, AES director of natural resources. “We also want to improve the quality of our forests – whether you’re talking about for wildlife or for timber production.

“From our perspective, we want to demonstrate good stewardship. That relates to building healthy environments. In the forest environment, that’s not just the health of the trees, but also the soils, the water quality, etc. I see the health of that environment being optimized when we have healthy, actively-growing tree species.”

“All timber sales should include knowing what you have, using a competitive bid process and having a good contract which communicates land treatment expectations,” Walter said. “Each will help contribute to a positive timber harvest experience. To identify what we had to market, we hired a private consulting forester to mark each tree that was to be harvested. This information was summarized by species and quality and helped us market through the bid process.

“The competitive bid process helps ensure a quality logger gets the job and a contract protects the logger and property owner by communicating performance expectations of both parties. We were satisfied with the value paid for the timber and pleased with the way the logger treated our University land.”

Thompson Farm Manager Jon Schreffler said they have wanted to have a harvest for decades. Several trees at Thompson had been marked many years ago for a harvest; however, nothing ever happened with it. 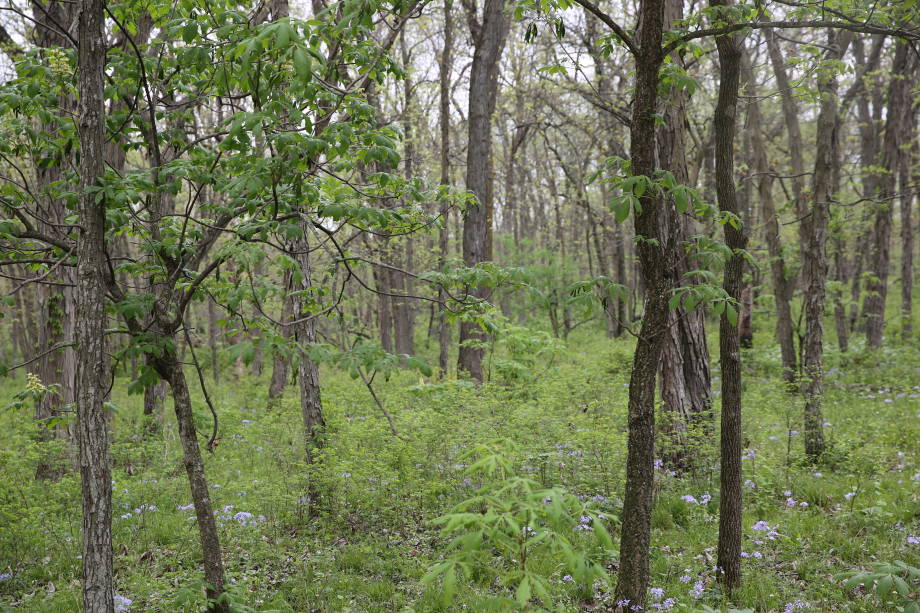 Walter and Schreffler, along with Thompson Superintendent Rodney Geisert, worked hard to make that harvest happen.

“The time was right to go in and cut the material,” Walter said. “It was ready. Some of it wasn’t going to improve. If left, it would have just died and become hollow. We would lose economic opportunity.”

The harvest was actually split into two parts. It began with walnut trees in 2014.

“There was enough walnut that we felt we should separate the sale of walnut from the other hardwoods,” Walter said. “We wanted to get the highest value material out of there first. We didn’t want to run the risk of dropping an oak and damaging a walnut tree.”

Walter said they worked with John Dwyer, an associate professor emeritus in forestry, who went through and marked the trees for the harvest.

“It all had to be remarked and reassessed from work done many years ago,” Walter said.

Dwyer marked 78 walnut trees and estimated that there was more than 16,000 board feet ready for harvest.

“I take that work – with the tables and figures of what’s been marked, the volume, the quality and the species – and we go through MU Procurement and put it out for bids,” Walter said. “All bids are lump sum, with values typically calculated on a board foot basis.”

A board foot is a piece of material that is 12 inches by 12 inches by an inch thick. Its calculated value will vary by species and quality. Walter said of the 78 walnut trees that were marked, 17 were of veneer quality. That equated to 3,000 board feet of veneer material, which is of higher quality.

“A good harvest removes what should come out – what’s mature or been damaged,” Walter said. “It also looks at what we can get out of there that’s taking up growing space for something else. The timber harvest is a way to help renew forest growth. It encourages young and vigorous growth, as opposed to older trees with declining health that are slowing in the growth processes. The new material that’s coming in will be more vigorous in the way it utilizes water, air and nutrient resources.

Along with keeping the forests healthy, there was a financial side of the harvest as well. The walnut trees brought in $38,000 and the hardwood trees brought $37,750.

“We broke those two sales up because we thought we could maximize the value back to the Agricultural Experiment Stations and also to Thompson,” Walter said. “We’re trying to recover value and put that back into the system. A portion of each timber sale goes back to the Research Center, and some goes into a natural resources budget.” 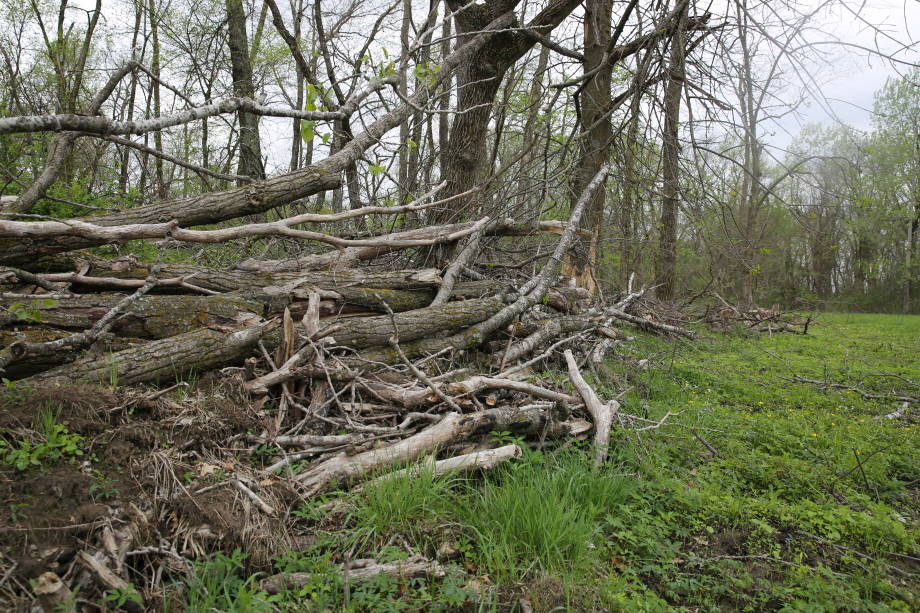 On the harvested area, existing trees will grow to fill space opened and new regeneration will fill gaps created. Additionally, Walter said they’ll take part of that money from the natural resource budget and put it back into replanting trees. They have contracted with a forestry company out of Iowa who will plant more than 3,000 hardwood trees on part of the Thompson Research Center. Those trees will be white oak, northern red oak and black walnut.

“We’re now looking at about seven or eight acres that are under contract, and we’re going to be planting more than 3,000 trees there this spring,” Walter said. “The process of stewardship is not just about harvest. It’s also about replanting and doing other things to ensure we have the right trees on the site to take care of the soil, the water and the air. We also want to then provide economic opportunity for the future.”

Walter added that he hopes to do similar harvests at the other Research Centers.

“At each of our Research Centers, we’re going to try to do timber sales to harvest material instead of letting it rot or die,” he said. “We’re trying to take out material that is mature, has been damaged or has a disease. We want to encourage new growth from younger trees and work toward a valuable forest for the future.”