Morgan Beach has been named the College of Agriculture, Food and Natural Resources’ Outstanding Senior for Spring 2016. 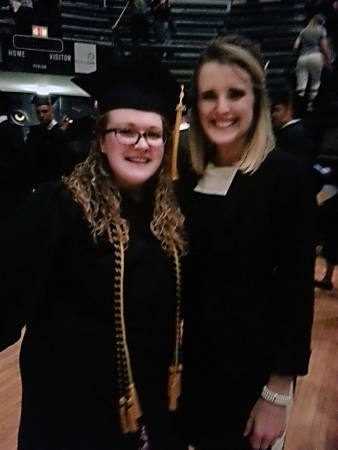 Beach, from Pilot Grove, Missouri, graduated with a Bachelor’s of Science degree in agricultural economics with an emphasis in public policy. She also earned minors in international agriculture, rural sociology and leadership.

She was quoted as saying “I can sleep after I graduate!” Beach was involved in CAFNR through Agriculture Future of America, Collegiate Farm Bureau, Sigma Alpha, CAFNR Student Council, CAFNR Week Steering Committee, Litton Leadership Scholars, Dickinson and John Brown Scholars programs and Mizzou 4-H. She has also had internships both in state and out of state. Beach was also named CAFNR’s Outstanding Freshman in 2013.

A nominator stated, “While some seniors slow down to enjoy their last year, Morgan continues to push to maximize her CAFNR experience.”

Beach is moving to Washington, D.C., after graduation and plans to become involved in the political scene.

About 450 CAFNR students graduated during ceremonies May 13, at the Hearnes Center. The School of Natural Resources welcomed 140 new alumni May 14 in Jesse Auditorium.