tap to close
“Smile because you never know whose day you might make.”
― Oneda Roberts 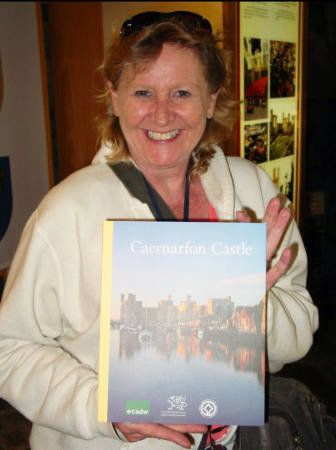 The preceding quote is a favorite saying of the mother of Sandy Zaring, one she heard often while growing up in Centralia, Missouri. It’s one of the first things that comes to the mind of Sandy’s youngest sister, Yvetta Hamilton, when she reflects on her sister who worked as an administrative assistant in the Agricultural Systems Management department for 24 years before passing away in late February of 2015 with Stage 4 lung cancer.

For the ASM students who would stop by her desk on a daily basis, though, Sandy was more than just a consistent pick-me-up. She was “Mama Sandy,” a woman who knew every student by name and their particular background. Yvetta found out recently from Karen Funkenbusch, an ASM instructor, that Sandy would prepare a detailed scouting report, so to speak, for the program’s instructors for both in-person and online courses that would include personality notes on each student.

“She would go into that detail as far as the students needed to help the teachers understand who this student was and not just one of 100,” Yvetta says.

In 2006, a year after Leon Schumacher took over as department chair of ASM, Sandy took it upon herself to go beyond her assisted role and be an advisor to students who began forming lines outside of his office, especially during enrollment periods. “We just didn’t really have other people to pick up that responsibility,” Leon says. “She took to it quickly. It seemed like second nature to her. She wanted to help regardless of the opportunity. There’s some people who just throw up their hands and say ‘No way. I’m not doing that.’ That was not her style at all.”

During her time of more than two decades of service to the department, Sandy became one of the largest cogs in the collective machine that kept things rolling. She was the one who would organize numerous study abroad trips to places such as Germany, England and Brazil to the most finite detail — and plan out Leon’s schedule as well. She would prepare meals for ASM meetings and print certificates for new initiates of the ASM honors fraternity, Alpha MU. 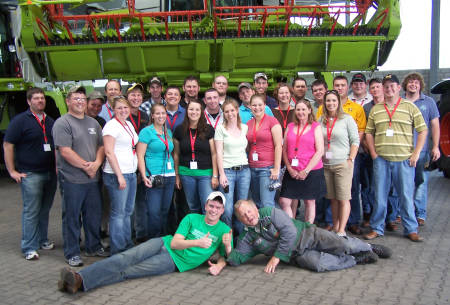 “If Sandy couldn’t find it, nobody’s going to find it, basically,” says Stephanie Sanders, Sandy’s daughter. “The kids knew, all the faculty knew, that they could go to my mom for anything. She loved her job. She loved what she did and her work was her life. She cared about everybody. She had an awesome heart.”

“There were times when I would talk with parents and I would say ‘Hey, she’s kind of like their mom away from home’ and the parents respected that,” adds Leon.

And so given how ingrained she was into every facet of the department, it was perhaps no surprise that one could find a sea of ASM shirts in attendance at her funeral, along with a stream of students’ parents who came to Yvetta and explained what Sandy did for her their son or daughter to get them through a certain obstacle and toward graduation day.

When Leon called up Yvetta and Stephanie a few months after her passing and told them the department, the ASM Club and Alpha MU wanted to set up The Sandy Zaring Perseverance Award (you can donate by following the link), that was when the surprise hit. When fully financially realized, the award will be an endowed scholarship that will support one or two ASM students per year.

“I was shocked. I was very happy to see that those students wanted to keep her alive like that. I always thought it would be cool, too, but I didn’t know how to go about it. I’m just glad after all the work that she put into that program that they’re trying to help remember her and that her hard work paid off,” says Stephanie, a CAFNR alumnus who graduated with a degree in what was known as hotel and restaurant management (now hospitality management) in 2009. 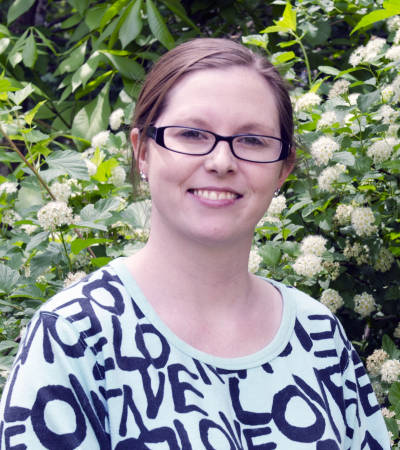 “I wish my mom could have lived for another 100 years because she was truly selfless. I mean her work life was her social life, was her fun, was her heartbreak. It was everything to her, so when they said they were going to do this for her, it’s like you did get to put your stamp on life, Mom… you did.”

One of those students who has helped spearhead the formation of the award is Justin Grimes, a now-senior from Osborn, Missouri, who is a member of Alpha MU. Justin first toured the ASM grounds in 2013 as a high school senior. Sandy talked extensively with Justin and his parents. “When we left, my mom said, ‘I’m not worried about you all if you came here. You are well taken care of,’” he said. “‘That lady in there has things figured out.’”

Justin ended up deciding to start his college journey at Missouri S&T in Rolla before transferring to MU in the spring of 2015. When he came back by Sandy’s office, though, she remembered him and his individual story.

“She would work with anybody. If somebody was struggling, she would see if she could try to get them in a different class or a different graduation plan to try to make their life easier,” Justin says. “We just wanted to show the family the appreciation that we had as a student body for Sandy… It just goes to show you what kind of character she had and what kind of person she was. It pays to be a good person because you’ll definitely be remembered for it.”

Despite the series of study abroad trips to international destinations that she helped facilitate, Sandy spent most of her life in Centralia, when she wasn’t at work. The house Stephanie grew up in was a block away from the house in which her mother grew up. 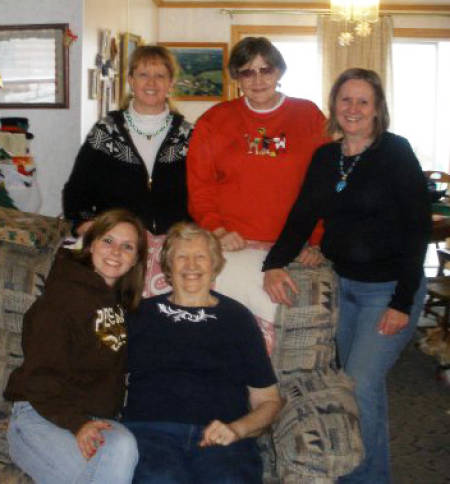 The middle sister of three girls, all of whom have first names ending in “-a” (Glenda, Sandra and Yvetta), Sandy was a tomboy of the trio, who could be found many days working in the garage of father, Raymond, a mechanic who ran a local auto shop and fostered a sense of self-reliance among his children. “She was always taking things apart and putting things together,” says Yvetta, recalling the battle cry of her father: “We fix it ourselves. We don’t have anybody else do it for us.”

That independence would spill into her adulthood when raising Stephanie, whose brother, Eric, 14 years older, had already moved out of the two-bedroom house with a large yard when her memories began. Eric currently works for a roofing company and lives in Columbia.

“We mowed the yard,” Stephanie says. “We fixed the fence. We did everything. It was us.” 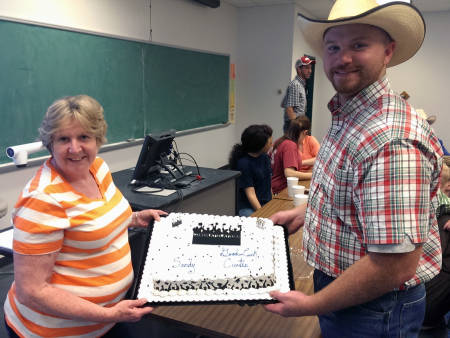 At home, Sandy was a quiet, happy person who was content reading a book or watching the latest NCIS show on TV, according to her daughter. Still, it was very common for her to have MU students who lived nearby over for dinner to talk about their graduation plans.

Sandy herself earned her associates of arts degree from Moberly Area Community College in December 2014 in communication technology. “She always wanted to get a degree, but she did it in her own time,” says Yvetta, who works as an administrative assistant for the Missouri Small Business Development Center, housed in the MU College of Engineering. Sandy and Yvetta would carpool to campus every work day.

Yvetta is convinced that Sandy would have gone for a four-year degree at MU if she had been afforded the time to do so. “She was a firm believer that you pull yourself up by your boot straps and you keep on going and you do it. You do what you have to do,” adds Yvetta, whose oldest son, Zane, is now an ASM student after being counseled by his aunt since his senior year of high school.

That advice has been taken to heart by those who knew who her best.

Leon noted how over the years the ASM program has been able to prosper, going from about 70 students 10 years ago to approximately 125 now. During that time they have relied on a network of instructors from MU Extension and the research centers to keep moving along. “We’ve had what I call a team attitude. Nobody around here has the funds to do everything,” he says. “I’ve been here 28 years. We just have never had a year where we say ‘We’ve got a lot of money here. I think we’ll splurge,’ but there’s always this can-do spirit.”

Then there’s Stephanie. After running a Pizza Hut in Missouri and a Subway restaurant in Texas, she decided to go back to school at MACC to become a nurse after her boyfriend, Octavis Berry, died in October 2011 of a pulmonary embolism as a result of being incorrectly diagnosed with bronchitis. 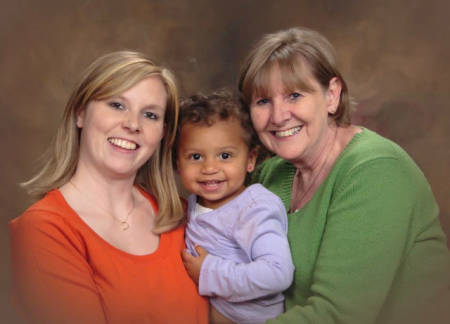 Stephanie now works as a licensed practical nurse at Boone Convenient Care in Columbia, determined to do her part in the fight of misdiagnosing patients. She lives in Centralia with her 4-year-old daughter, Serenity.

“Everything happens for reason and you have to have faith and perseverance and you ain’t got much of a choice… Anytime I came across an obstacle, she always said, ‘You can do anything you want. You just have to force yourself to do it. I can’t be the one to do for you. You have to work for it,’” Stephanie says. “And that’s what she would tell her students, too.”

This past March, an alumnus with three degrees from MU sent in a multi-year pledge for the award. It was accompanied by a note that, in part, read “I did not know Sandy, but I am reminded of the front office support I received from the agricultural engineering department from the fall of 1955 through the spring of 1961.”

Stephanie takes a look at the note.

“It makes me smile because that was 1955,” she says. “That makes me know that my mom worked for a good organization. When you break down all of the schools and colleges at Mizzou, some of the people who have been there for years and years and years, those people are all family.”

She starts to list all of the people who she considers family from the ASM department. That list includes Leon who everyone who knows him as family affectionately calls — “Doc.”

It turns out her mother was part of another legacy, one that mirrored the words of what Stephanie said she stood for the most:  “Be kind, stay strong, keep your head up.”