The University of Missouri has collaborated with Boone… Expand ▸

A strong storm leaves behind a good amount of rain. Where does that water go? Can it carry nutrients or pollutants? Does it cause flooding? What can be done to manage the storm water?

Those are just a few of the questions that Enos Inniss and Allen Thompson continue to research. 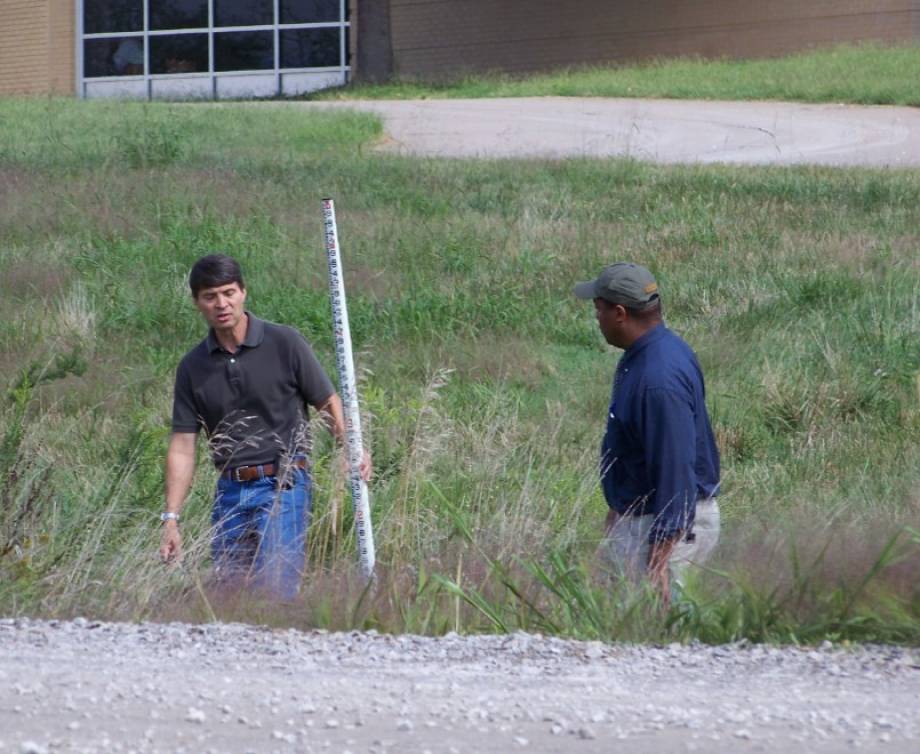 Inniss, an assistant teaching professor in civil and environmental engineering, received a grant from the Missouri Department of Natural Resources in 2012 to evaluate best stormwater management practices on the University of Missouri campus. Thompson, a bioengineering professor, has partnered with Inniss on the work.

The grant has allowed plenty of collaboration – MU, the College of Agriculture, Food and Natural Resources, MU Extension, Boone County, and the City of Columbia have all worked together at various times. The study has also led to classroom work, allowing students to get in on the action.

“We’ve been able to get the students involved and given them hands-on experience,” Inniss said. “We’ve partnered with several others, including the City of Columbia and their stormwater management program. That’s been a good partnership.

“Sustainability is really what it’s about. We try to demonstrate that somewhat on campus. The worst thing, in my mind, about stormwater runoff is seeing things leave your area – whether it’s soil or nutrients. If you don’t manage your stormwater, you’ll see losses.”

Stormwater runoff is a common topic of conversation among growers in the agricultural world. Individuals don’t want to lose valuable nutrients after a storm. Plus, that runoff can put unwanted pollutants in streams, causing several problems.

“If you know you have fertilizer or herbicide leaving your field, you just wasted it two ways,” said collaborator Bob Broz, extension assistant professor of agricultural engineering and water quality program director. “One way, you’ve paid for it and it washed away. Second, it’s not doing its job so you’ll have to do something else. Economically, it’s very valuable to control stormwater coming off the fields.”

Inniss and Thompson are focusing their efforts on stormwater runoff in urban areas.

“There’s been an effort in agriculture to stop this problem,” Inniss said. “We’re trying to apply that same concept to the urban areas.”

Urban areas present several unique challenges. Roadways, parking lots, lawns and gardens each contain different possible pollutants. Even a rooftop has an impact on the runoff. 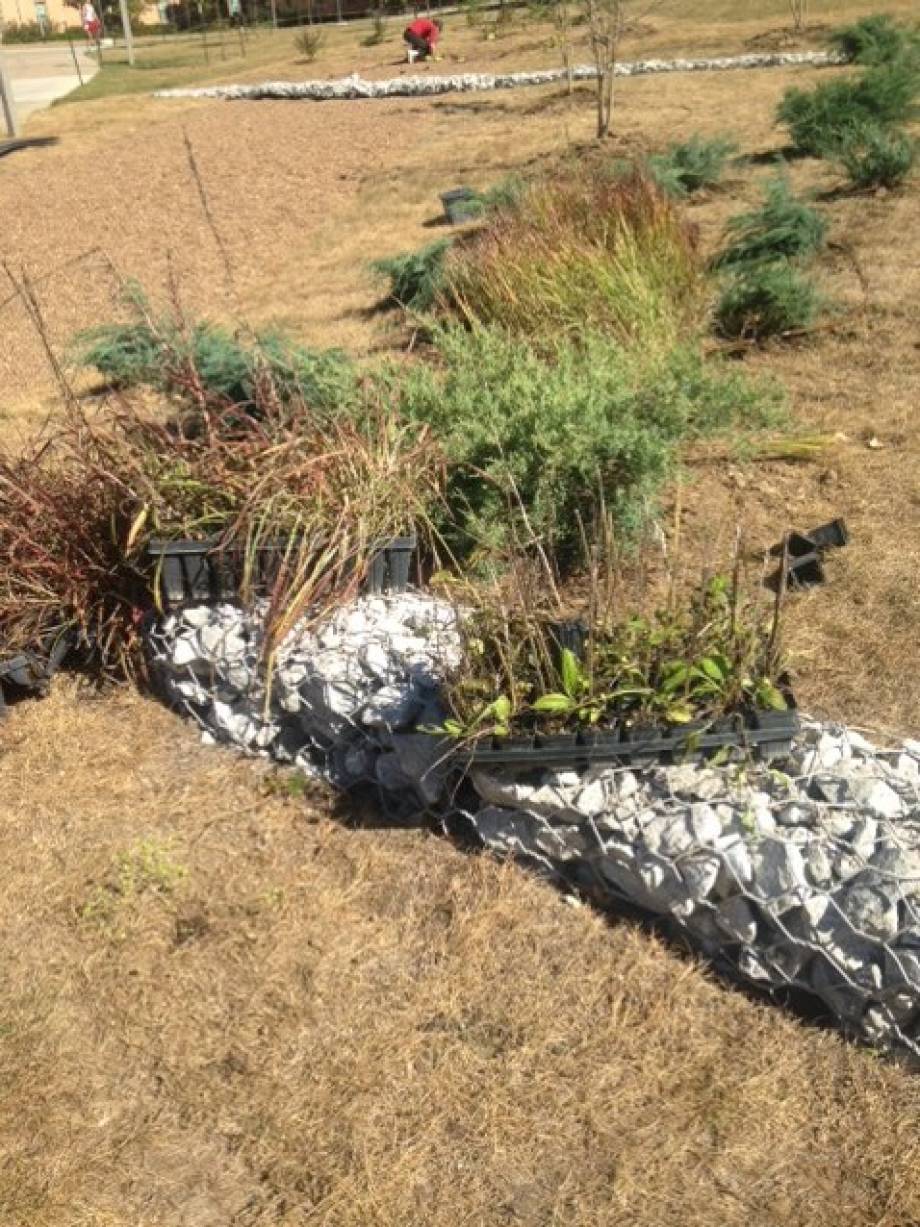 This stormwater practice is located north of Gateway Hall on the University of Missouri campus. Photo of courtesy of Bob Broz.

There have been several stormwater management practices implemented by the graduate and undergraduate students who have been part of the research. Those students come from engineering, natural resources, agriculture, environmental science and bioengineering programs.

One of the first projects was a rain garden and stormwater detention area at one of the research facilities. Another was the planting of numerous willow trees in the Hinkson Creek flood plain. Hinkson Creek, in Boone County, made Missouri’s impaired waters list in 1998. An early collaboration between the previously mentioned stakeholders formed, with a focus on clearing pollutants from entering the creek. Willow trees have been shown to take in water and reduce the amount of runoff from storms. They can also stop possible pollutants.

Other research includes looking at the efficacy of soil to see which types retain water the best. They have added permeable pavement that allows infiltration and helps reduce runoff. Wetlands have also been built, along with vegetative swales.

Inniss and Thompson want their students to remember that it’s important to focus on all areas of stormwater management.

MU has partnered with Boone County and the City of Columbia to work on a stormwater master plan. Columbia is a Phase 1 stormwater community, meaning it has more than 100,000 people.

“The city, the county and the University all put in components to their master plan, which has to meet EPA regulations,” Broz said. “We have now integrated a stormwater plan into the master plan on campus. The University’s plan becomes part of the bigger plan that the city and county has.” 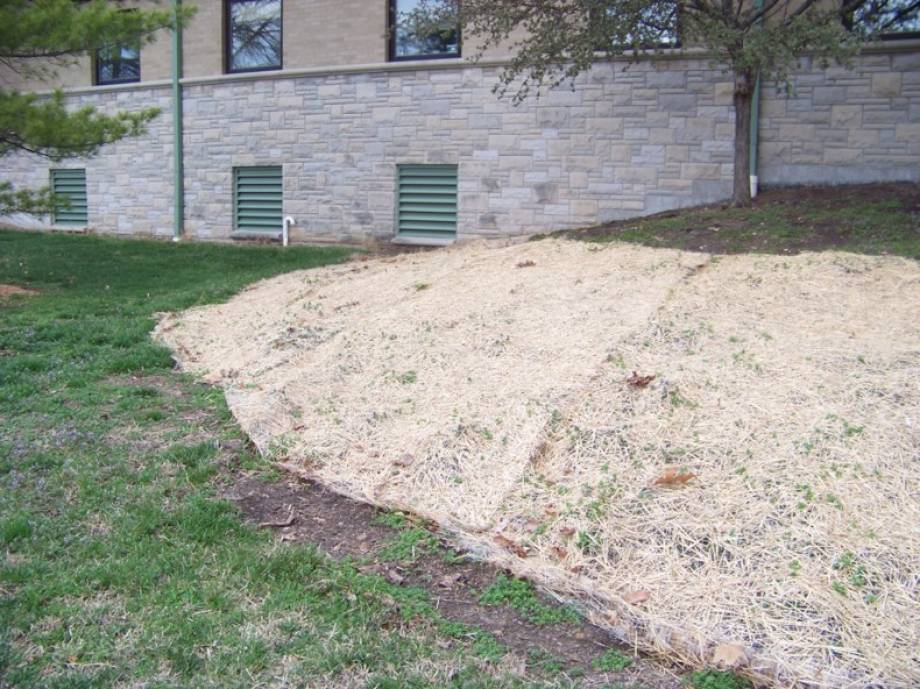 There are several examples of stormwater practices going on at the University of Missouri campus. Photo courtesy of Bob Broz.

Inniss and Thompson also want to educate the public with their research, which is still ongoing.

“Whether you’re talking agriculture or urban – the problem is still the same,” Inniss said. “How do we better manage the site?

“We’ve gone through a lot of effort to educate farmers. We’re always educating the next generation. We have access to students who have a vested interest in these topics.”

“This work is focused on improved outreach and not just pure research,” Thompson added.

“We’ve tied the research end to the teaching to our actual practical application,” Broz said. “Each part meets the stormwater requirements. It’s a prime example of how we’ve been able to identify a public need and respond with the research, teaching, and outreach to provide solutions.

“We have several activities going on at different levels. I won’t say we’re ahead of the game, but we’re doing really well.”