When Levi Bachmann arrived at the University of Missouri, he was excited for the new opportunities presented to him.

However, he was still looking for individuals with similar interests. That led him to the Forestry Club.

“I didn’t want to be stuck in the dorms,” said Bachmann, a senior who serves as the Forestry Club president. “I was looking for people who had the same interests as me.”

The Forestry Club is highly active throughout the year, selling Christmas trees and firewood, along with doing volunteer work. In the spring, the club’s big event is the Midwestern Foresters’ Conclave.

The conclave pits colleges and universities against each other in several timbersport competitions. This year’s event, the 64th Midwestern Foresters’ Conclave, will be hosted by MU and will take place Saturday, April 16, at the Hallsville Fairgrounds in Hallsville, Mo. 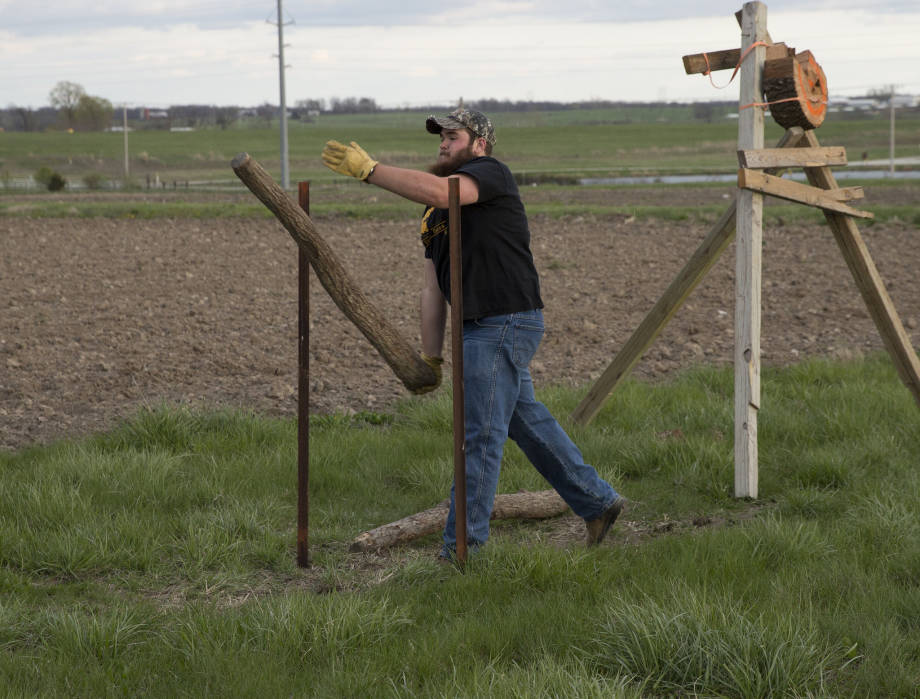 “It’s exciting to be able to host,” Bachmann said. “It will be a good venue for us. They host a lot of events at the Hallsville Fairgrounds, so we’re excited to be out there.”

This will be Bachmann’s third conclave event. The first one he attended took place in Minnesota.

“The trip up there was great as far as team camaraderie,” Bachmann said. “The trip back home seemed a lot longer, though. It’s nice to be able to host and have other schools here.”

The top three finishers in each event earn points. The team with the most points wins the conclave.

The MU team does have some experience, however, they also have several newcomers. Bachmann said this will be the first conclave for about half of the MU team.

“We’re doing trial runs right now, figuring out who will compete in each event,” Bachmann said. “We’re competing against each other, seeing who has the best times. The best times will compete at the conclave.”

“The winner of the championship has an opportunity to become part of the professional circuit,” Bachmann said. “That means they have the chance to travel and compete as a professional.”

Currently, the team is practicing at the South Farm Research Center. Photos of a recent practice can be found here.

“This is going to be a really fun event,” Bachmann said. “We encourage everyone to come out and check things out. It’s definitely a competition – but it’s also a fun atmosphere.

“Also, we want to thank our advisor, Ben Knapp, who has been a huge part of putting this event together. He’s been doing a lot of the important work that has to be done. We are grateful to our sponsors, as well, because they allow the event to be feasible for us to host. STIHL is one of those that has stepped to sponsor the event.”