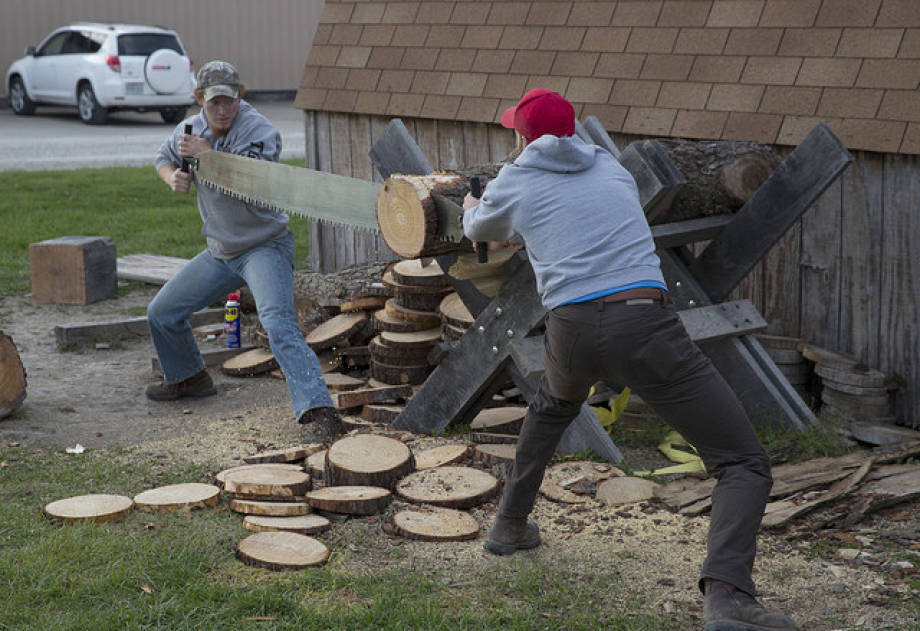 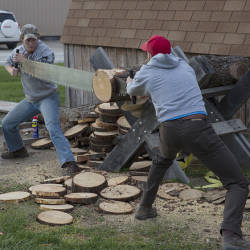 The University of Missouri Forestry Club practices for the upcoming 64th Midwestern Foresters' Conclave, which will be hosted by MU at the Hallsville Fairgrounds in Hallsville, Mo. The conclave will take place Saturday, April 16, and is free and open to the public. Portions of the contest will be filmed by ESPN to air at a later date as part of the Stihl Timbersports Competition. 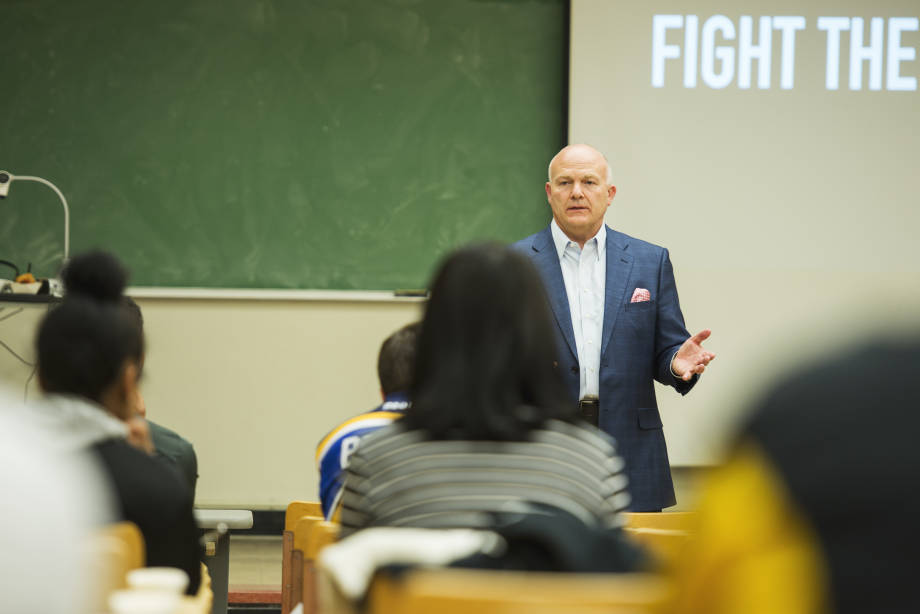 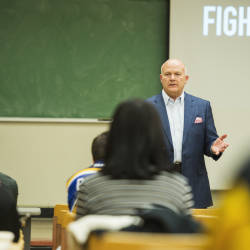 Roger Gardner speaks to a parks, recreation and tourism class April 13 as part of his visit as a CAFNR Executive in Residence. Gardner is the executive vice president/chief culture and communications officer at Learfield Sports. 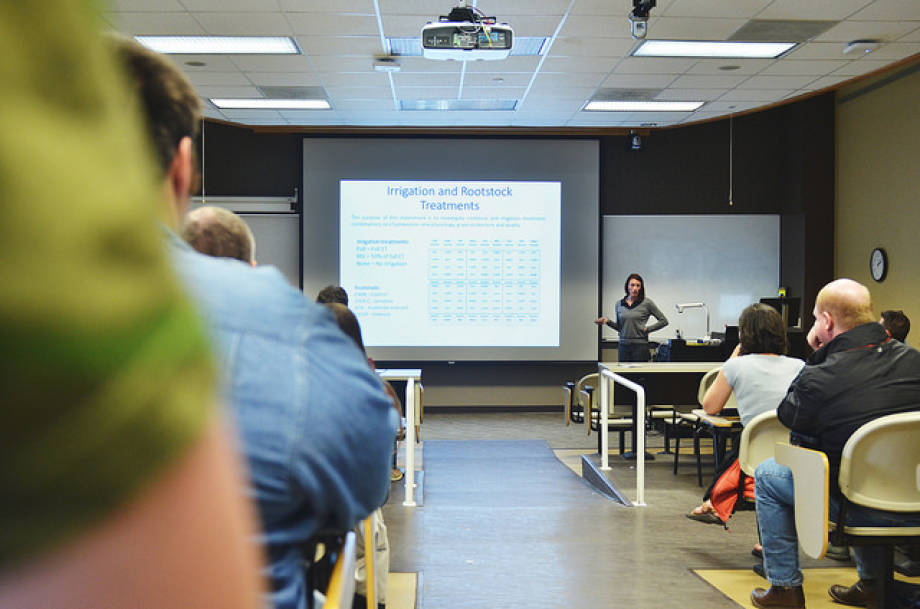 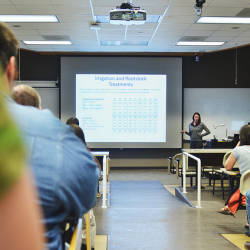 Ariana Bozzolo, assistant research professor, plant sciences, speaks at the Show Me Wine & Grape Conference & Symposium March 18. The conference and symposium were sponsored by the Grape and Wine Institute. 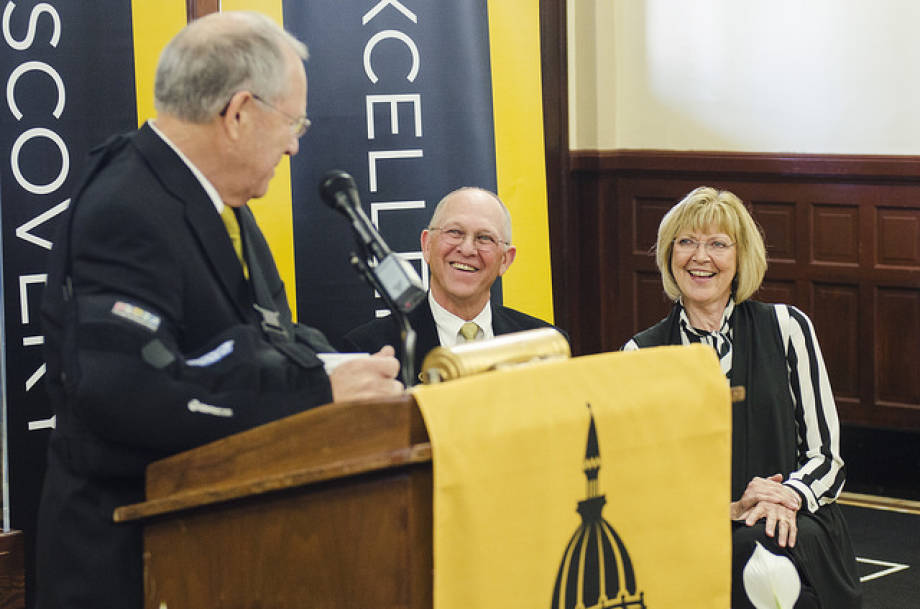 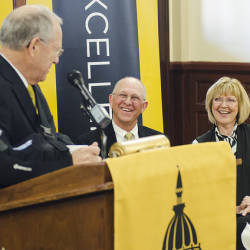 Vice Chancellor and Dean Tom Payne helps announce a gift of $2.65 million to support beef genomics from Barry and Marge Slayton. The gift announcement was held March 11, in Jesse Hall. 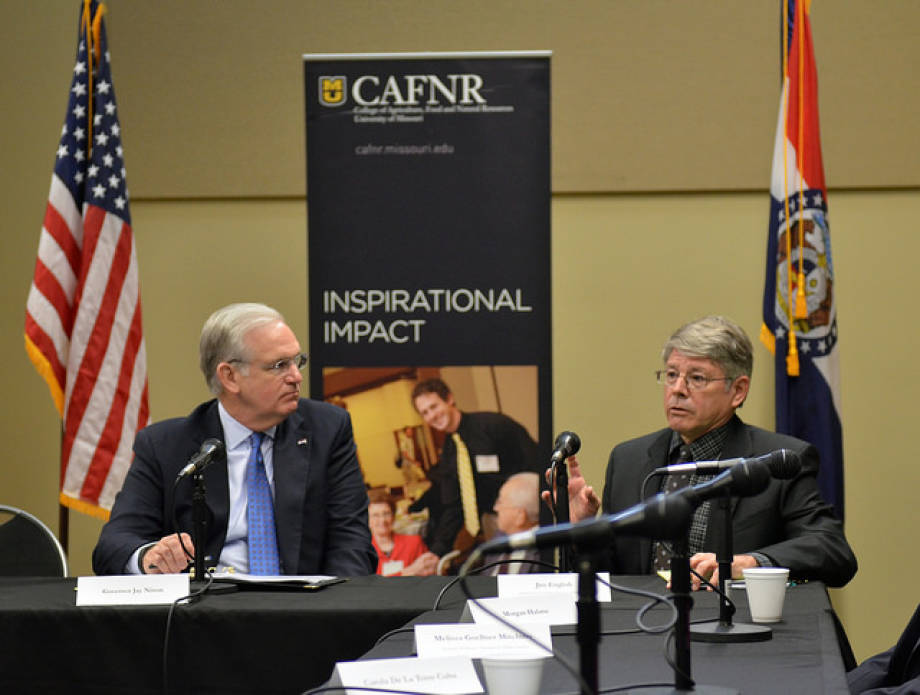 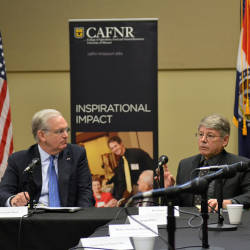 Check out more photos from these events on our Flickr site. What are YOU up to? Send us photos and captions of the events and other happenings in your corner of CAFNR! Just email the information to engerm@missouri.edu.