Did you miss the first airing of the twelfth installment of our new Insight series? LISTEN NOW to the program or to the extended version of the interview.

The Tomato Festival is one of the most popular events at the Bradford Research Center. More than 1,000 people flock to the event, which includes tomato and pepper tasting.

The festival also led to a unique partnership with University of Missouri Campus Dining.

Tim Reinbott, who served as the superintendent at Bradford from 2000-2015, said they take the extra tomatoes from the Tomato Festival to Campus Dining to be used throughout MU.

“We developed a wonderful relationship with them,” he said.

That relationship with Campus Dining led to further discussions – mainly focused on food waste. More than 250 tons of food waste was finding its way to the landfill each year from the University of Missouri, including food scraps, paper napkins and leftover food.

Reinbott, who currently serves as the Director of Field Operations for the College of Agriculture, Food and Natural Resources Missouri Agricultural Experiment Station, wanted that to change.

His closed-loop system, which is completely student-run, went live in November 2011 at Bradford. While the system has continued to run smoothly, there are ways to improve it, Reinbott said.

“This system has worked really well,” he said. “There have been a few hiccups along the way. We’re also at a point where we need to take the next step. You have to stay small or get bigger – it’s hard to stay right in the middle.”

Reinbott had several partners when the system first went live. Along with Campus Dining, Campus Facilities, MU Sustainability Office and the Mid-Missouri Solid Waste Management District combined their efforts with Bradford to make the system a reality.

“It was definitely a joint venture,” Reinbott said. “We received a grant from the Mid-Missouri Solid Waste Management District that really helped.”

Reinbott’s closed-loop system begins with food grown at Bradford. That food is then taken to and served by Campus Dining. The leftover food waste is brought back to Bradford and turned into compost to fertilize new crops, which include numerous vegetables. Those vegetables then head back to Campus Dining to begin the system again. 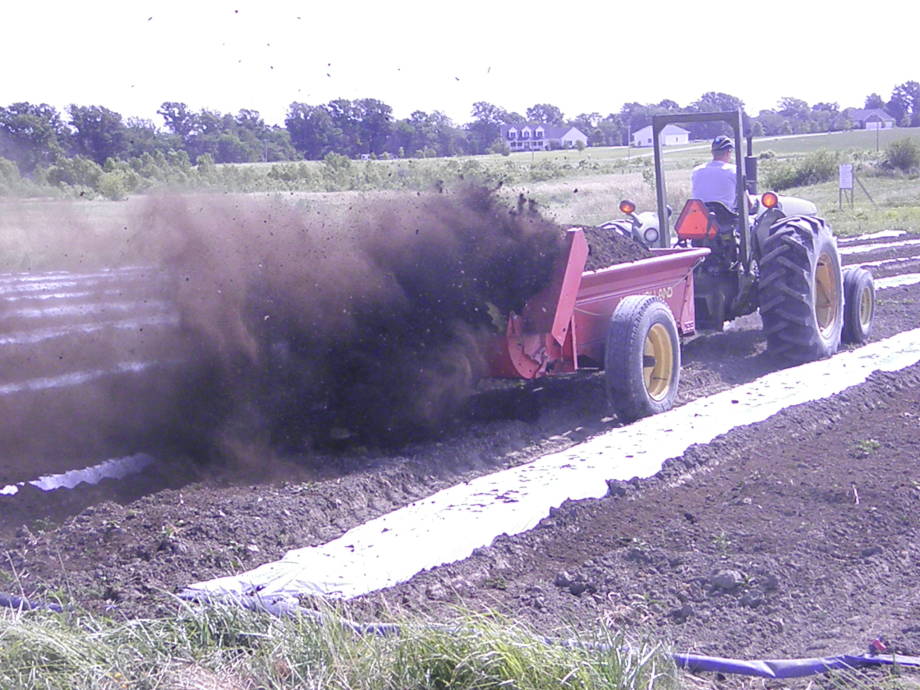 Bradford uses the compost made from food waste to grow more vegetables at the Research Center. Photo courtesy of Tim Reinbott.

The food waste is collected in a special compostable plastic bag.

Bradford mixes horse bedding, which includes straw and hay, with the food waste to form the perfect compost.

“To make compost, you rely on bacteria and fungi and other microorganisms,” Reinbott said. “They really need a carbon-to-nitrogen ratio of 30:1. The whole system tends to work very well that way.

“Food waste is about 20:1. That means it has a lot of nitrogen, but not as much carbon. You need a carbon source. It just so happens that our horse farm has a lot of bedding that has a 40:1 carbon ratio. We mix those together to get the perfect carbon-to-nitrogen ratio.”

While the system is great for the parties involved, it is also good for the environment.

“When food waste goes to the landfill, it’s going to be in a plastic bag that gets buried,” Reinbott said. “It will just sit in that bag, or the bag could get ruptured somewhere down the line and it’s going to turn into methane gas. We can capture some of that gas but the majority of that gas goes right back into the atmosphere and contributes to the Greenhouse gas problem.”

Bradford has its own building to make its compost. The building has four bays and each one can handle enough of the food waste from campus for one month.

“Our goal was to turn the compost over in four or five weeks,” Reinbott said. “Usually, if you mix compost well, you can do it in three to six months, depending on the system. We wanted our system to be much quicker than that. 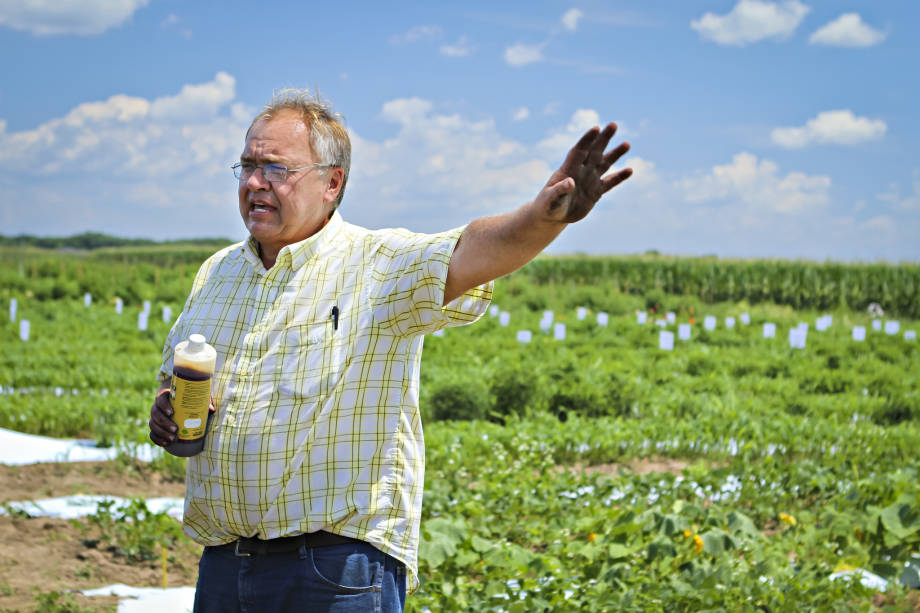 Tim Reinbott started working on the closed-loop system in 2011. Photo by Kyle Spradley.

“That’s what our biological students are working on now. They haven’t perfected it completely, but they’re definitely making progress.”

The building has an aerated static system, which adds air to the composting process. With optimum aeration, it speeds up the process from six months to just one month – a process that is an art and a science.

“You have to balance the aeration, moisture and everything else to make it just right,” he said.

Reinbott said that Bradford collects only kitchen waste at this time. They are not getting all of the plate waste.

Also, Bradford has more compost than it can use. Reinbott is hoping that a student group will come in and come up with a business plan to sell the excess.

“I’m hoping some students can help us sell the extra we have,” Reinbott said. “They can take it, bag it and sell it to those that are interested. Income needs to continue to come in if we want to keep the system going.”