Rodney Geisert (left) is a randonneuring, or long-distance… Expand ▸

Randonneuring, or long-distance cycling, is a sport that tests the physical strength, mental endurance and determination of an individual.

Geisert is a University of Missouri professor of animal sciences. He started cycling seriously in 2006. While Geisert began with shorter rides, he quickly moved on to longer ones – and now participates in extremely lengthy rides, also called brevets.

“Randonneuring is kind of an old’s man sport,” Geisert said. “You have to be tougher than hell or stupid – one of the two. It’s a big mental thing. Riders can get easily discouraged.

“I like challenges. I like when people tell me something isn’t possible. I want to go do it. I’m an addict now. If I’m not riding, I start to get grumpy.”

Geisert’s jump into the cycling world began with a simple bike ride to a youth camp.

“My son was in a youth group and one of the other fathers, who was much younger than me, rode bikes. We decided to take the kids on a bike trip to their youth camp, which was only like 120 miles away. Our goal was to ride and camp. 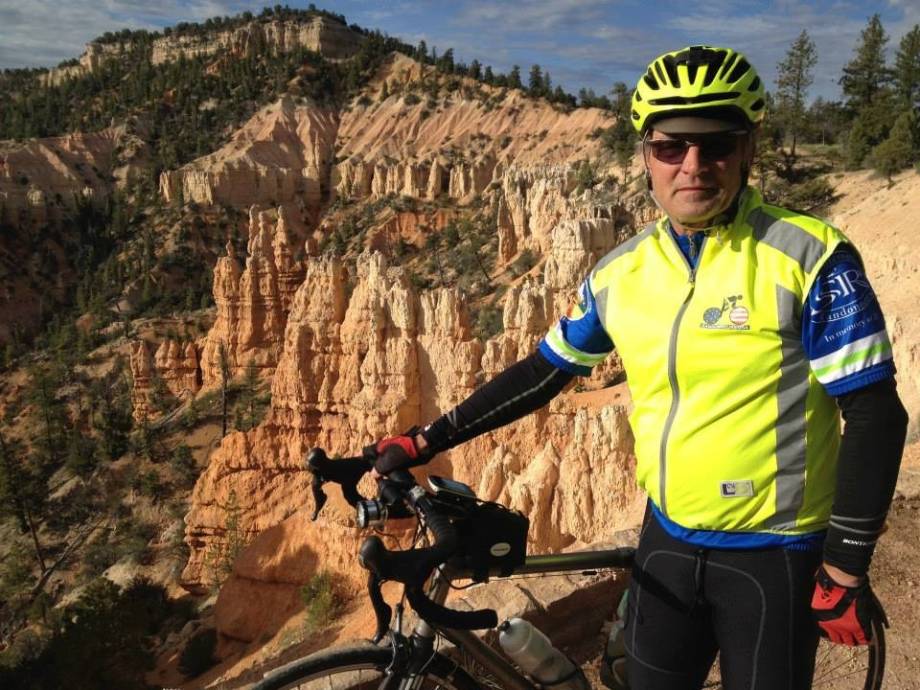 While brevets are timed, randonneurs do get the opportunity to see the wonderful landscape across the United States. Photo courtesy of Rodney Geisert.

“We did that. I was actually driving a vehicle behind everyone to make sure things went OK and everyone stayed safe. We got to the camp just fine, however, the pastor had to leave early, so he asked if I wanted to ride his bike back home. I hadn’t rode a bike forever.  I did it – and enjoyed it. The next thing I know, I’m out with this younger guy riding and learning to ride again.”

With his interest piqued, Geisert continued to ride. He mainly focused on ‘support’ rides that usually raise money for a worthy cause.

Everything changed when he met Dale Brigham.

Brigham is an associate professor in nutrition and exercise physiology. He’s also a cycling fanatic.

“He’s the reason that this craziness really evolved,” Geisert said.

Rides slowly got longer for Geisert. From 250 miles, to 370 miles to 620 miles – Geisert continued to build up his endurance.

His randonneuring career was official beginning.

“At the beginning, nothing was ever long,” Geisert said. “The first time I rode, I thought I was going to die. I never hurt so badly in my life.

“Each race got longer and longer, though. I finally figured out I could do it.”

A typical randonneuring event gives riders a time limit to complete a certain distance. For example, Geisert traveled to Paris, France, to ride in a 750-mile race. He had 90 hours to complete the brevet.

Spread throughout the event are checkpoints. Randonneurs carry a card – which is similar to a passport – that gets stamped at each checkpoint. 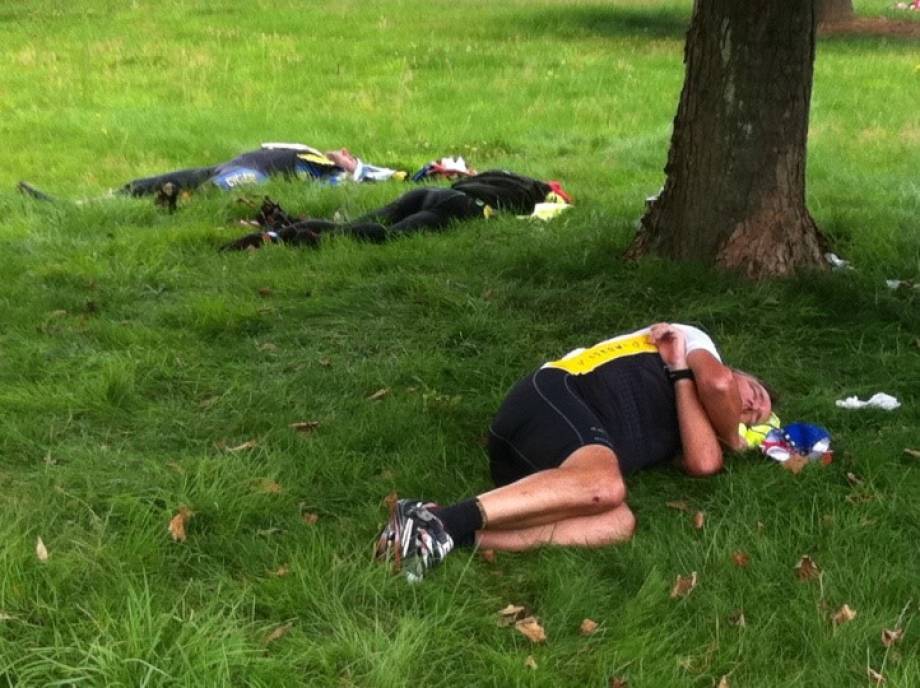 “To make sure that you’re progressing, there are places where you stop and have your card signed,” Geisert said.

Sleep is something that fluctuates throughout the brevet. Geisert, who generally cycles with a group of friends, will book hotel accommodations before the event. How much they actually get to use their booked rooms varies, though.

“You hope to get four hours of sleep for each of the three nights,” Geisert said. “The further out you get, the more sleep you get. The first night is the toughest because you don’t get a lot of sleep.

“There are times, though, where the weather is bad and you’re pushing time. You just lay down on the side of the road and take a power nap. That’s hard to do. There are guys that just wrap themselves up and sleep on a bench. I’ve done that once. One time, we were riding through Missouri and a big thunderstorm was rolling through. We were riding through a small town – and there was nothing there. We found a small park with a cover and some picnic tables. We slept on the picnic tables while the storm moved through.”

While sleep can’t always be guaranteed, the weather is completely out of a randonneur’s control. Rain and heat can be major annoyances. The wind can be the worst of all.

“Practicing in Missouri helps you because we get all kinds of weather,” Geisert said. “I’m just trying to survive these rides. A lot of that really does depend on the weather. A lot of it is your physical ability, but the weather also plays a huge factor. 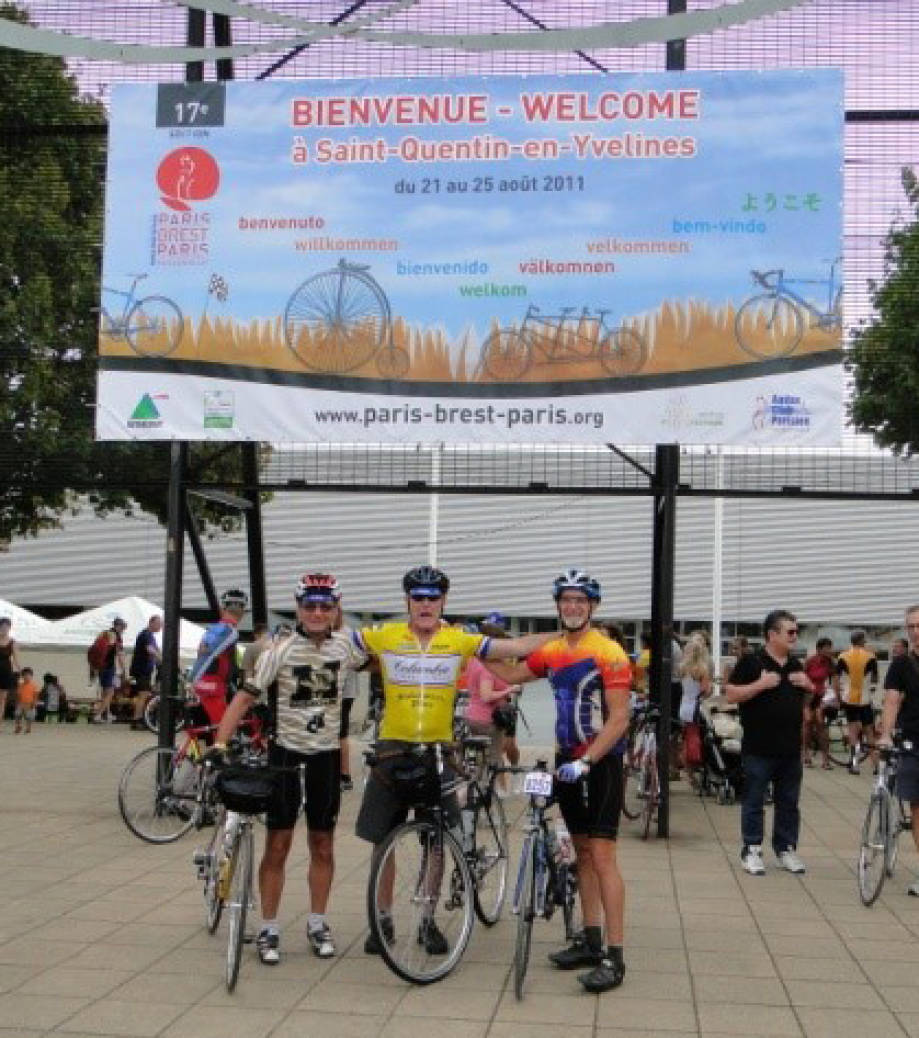 “The wind is critical to you. If you’re riding into a strong wind, you obviously won’t be going as fast. If that wind is behind you, though, you’ll have a little bit of a faster pace.”

A factor that Geisert can control is mealtime. A solid meal is important for energy and staying motivated.

“I focus on eating real food,” Geisert said. “People are really surprised that I ride that long and sit down and eat a hamburger, fries and a malt. You want to eat a full meal every so often. I’m looking for pizza and chocolate milk.

“I’ll also snack throughout the ride, but good meals are really important.”

Geisert has participated in brevets all over the United States. Tennessee, Colorado, North Carolina, Texas and Kansas are just a few of the states that he has competed in.

Gesiert said Alaska has been the most beautiful brevet that he’s completed in his career as a randonneur.

France has been Geisert’s lone brevet overseas but that will change this year. Trips to Scotland and Australia are on his calendar.

“I’ve been doing those brevets often,” Geisert said. “They’re all over the country, so you get to see a lot. You’re supposed to be riding like a tourist, but you do have time commitments, which can be tough. You get to see a lot of amazing things, but you don’t get to linger or you’ll miss the time cut-offs.”

Geisert’s bike doesn’t really have any bells or whistles. Geisert wanted something that was easy to travel with since he does travel a lot for brevets.

“I bought a bike to be a randonneur bike,” Geisert said. “To fly a bike across the country, it’s costly. I have one that you can take apart and put in a suitcase. It’s already paid for itself.” 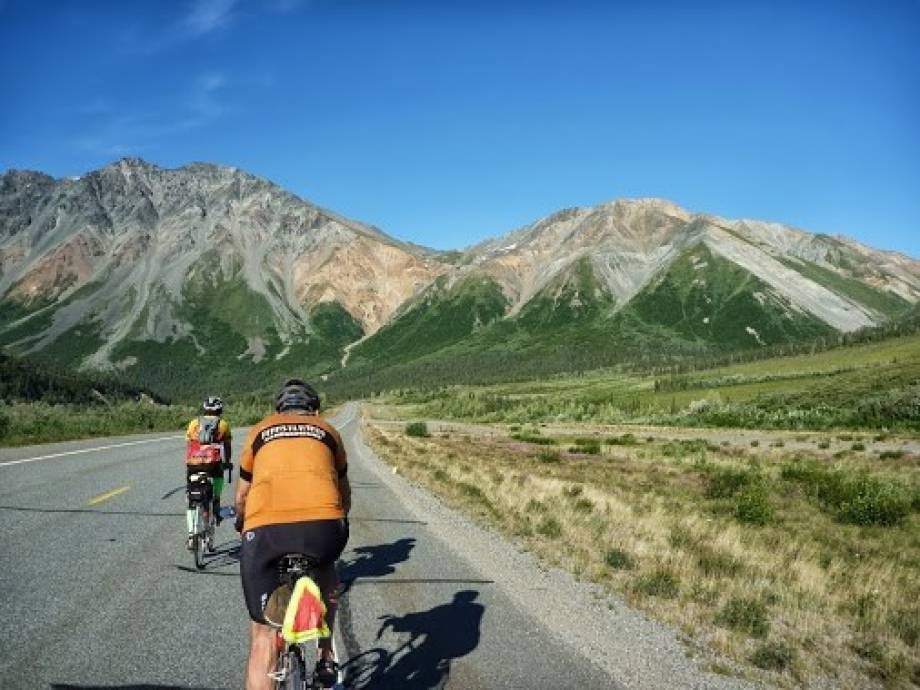 Geisert said he likes to bike at least three times a week when time permits.

“I like to at least get out a couple evenings during the weekday,” he said. “I try to get in 30 miles on those days. During the weekends, I try to do 50 to 60 miles. If I’m getting ready for something, I try to do 100 miles every so often.

“It’s like being a marathon runner. You don’t run a marathon every day. You do enough to keep your tone.”

Gravel races are another avenue Geisert uses to train. Those races aren’t as long but are very beneficial.

“Those are fun because you’re not on a highway,” he said. “It’s harder because you don’t roll as easy. That makes me feel really good when I randonneur, though.”

Geisert also keep logs from each of his races. He shares those with his friends – and uses them as motivation.

“The friends that I ride with are great,” Geisert said. “Sometimes you may end up riding by yourself, but I really enjoy riding with others. I’ve met people from all over the world. We enjoy each other’s company.

“The people I ride with love those logs because they don’t remember everything that we go through. It’s also relaxing to sit down and read those. When I’m feeling down, I pull out one of those reports and remember what I went through to complete the goal.”