Andrew Biggs set a goal for himself when he became the farm manager at the Bradford Research Center last year – he wanted to eventually become the superintendent.

That goal came to fruition sooner than Biggs expected.

Biggs was named the superintendent at Bradford on March 15. He replaces Tim Reinbott, who became the director of field operations for the University of Missouri College of Agriculture, Food and Natural Resources Missouri Agricultural Experiment Station in January.

Biggs served as the interim superintendent during the past two months before taking the full-time role on March 15.

“I’m extremely excited to be named superintendent of Bradford,” Biggs said. “It is the realization of a goal I set for myself just before starting graduate school. Graduate school was the first time I was ever really exposed to agriculture. It was also the first time I was introduced to the concept of a CAFNR Research Center and the idea that running a farm doesn’t necessarily require owning a farm.” 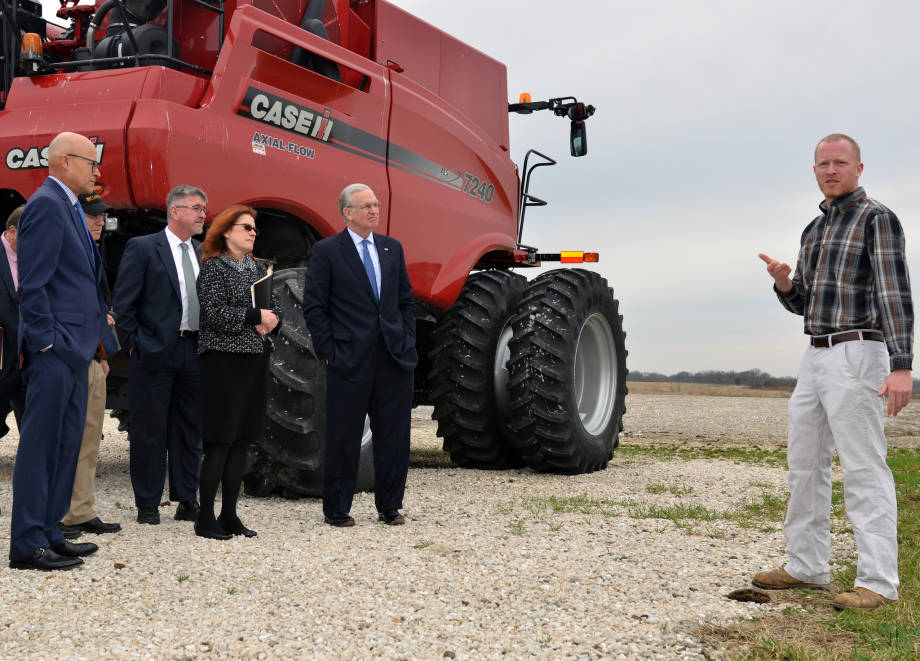 Biggs earned a bachelor’s degree in biological studies from Mizzou in 2009. He graduated with his master’s degree in horticulture in 2011.

Biggs worked with the Soybean Breeding Program, which was based at Bradford, from August 2012 to January 2015. In that program, Biggs managed research plots across Missouri. He began work as the farm manager at Bradford in February 2015.

“I applied for the job hoping to one day become the superintendent,” Biggs said.

Reinbott had served as the superintendent at Bradford since early 2000.

“Working with Tim was critical in my ability to fill this role,” Biggs said. “The amount of information that I learned from him in the year I worked for him is absolutely incredible and truly invaluable. The opportunities that he provided me to work with so many different crops, research projects and outreach projects are ones that I couldn’t have gotten anywhere else. I look forward to continue working with him.”

The Bradford Research Center is located 11 miles east of the MU campus on 591 acres of land. Bradford hosts numerous events, including the annual Tomato Festival, which attracts more than 1,000 people to taste tomatoes and peppers.

“The community events held at Bradford are very important to its long-term mission,” Biggs said. “We are located fairly central in the state relative to many of the other Research Centers, giving us a unique chance to reach a very diverse collection of Missourians. Finding unique ways to reach the public has become a big part of Bradford’s identity.”

While those events attract numerous visitors, Bradford also operates as a research laboratory. Research on wastewater management, entomology, pest and weed control, and alternative crops are just a few of the items investigated at Bradford.

“Andrew is going to be a great superintendent,” said Marc Linit, senior associate director, MU Agricultural Experiment Station. “He’s enthusiastic and serious, and he’s experienced. I view him as the perfect person to come in after Tim and build on what Tim started.

“What really impressed me about Andrew when we interviewed him was his commitment to being supportive of the researchers at Bradford. We tend to look at the fun things at Bradford – and those are great. However, support of on-going research is the primary function of the center.” 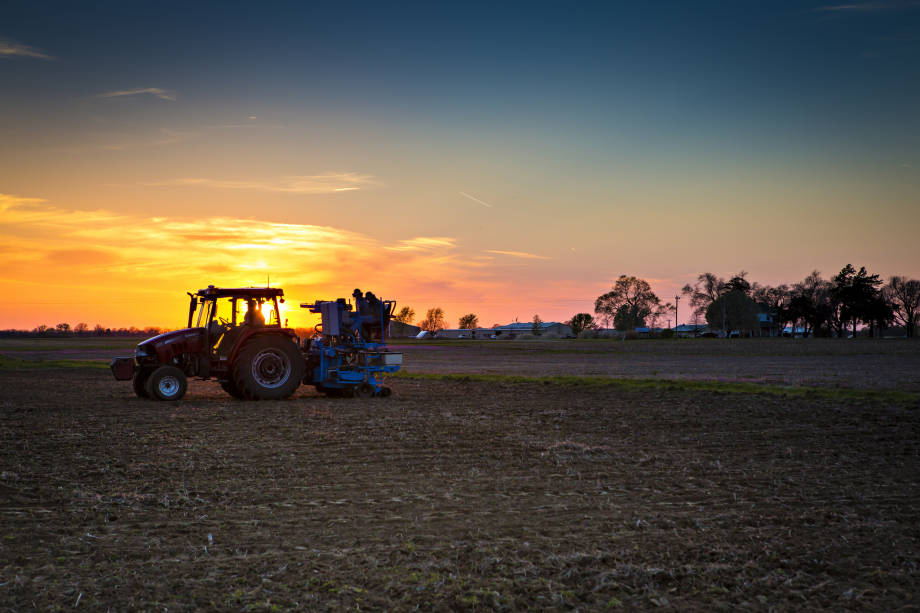 Corn variety planting is just a small sample of the research that is done at the Bradford Research Center. Photo by Kyle Spradley.

“It is extremely exciting,” Reinbott said. “I brought Andrew in as farm manager because he bought into what we were doing – helping the researchers in every way that we could and educating and reaching out to the community.

“Andrew brings a different way of looking at things since he is not the traditional agriculturalist like I am, which is good. A new perspective will benefit both our researchers and our community.”

Bradford is part of a system of Research Centers spread throughout Missouri. The Research Centers host more than 35,000 people each year for field days, agriculture education days, extension activities, community events and more.

“The AES Research Centers are extremely important to the citizens of Missouri and the world,” Biggs said. “Research and data collection that occurs at each of these locations is directly applicable to local agriculture because the data was collected locally with similar environmental and geological conditions to the surrounding area. That same information can oftentimes be extrapolated to become relevant to other geographic regions worldwide. The AES Research Centers provide researchers the chance to conduct research in a wide variety of conditions and provide the public an opportunity to have access to this information, through field days and outreach, in a very interactive manner.”