The College of Agriculture, Food and Natural Resources is proud to have so much to celebrate and reflect on in 2016. Big anniversaries for prestigious academic and outreach programs are on the agenda throughout the year. We hope you will be able to reflect and celebrate with us!

Robert (BS Ag ’57) and Carol Reich had the vision to create a program in CAFNR to bring industry leaders to the college to share their knowledge and experiences with the students, faculty and staff. Through class lectures, roundtable discussions, one-on-one meetings and other informal interactions, students learn first-hand about career paths and choices they may not have dreamed possible. 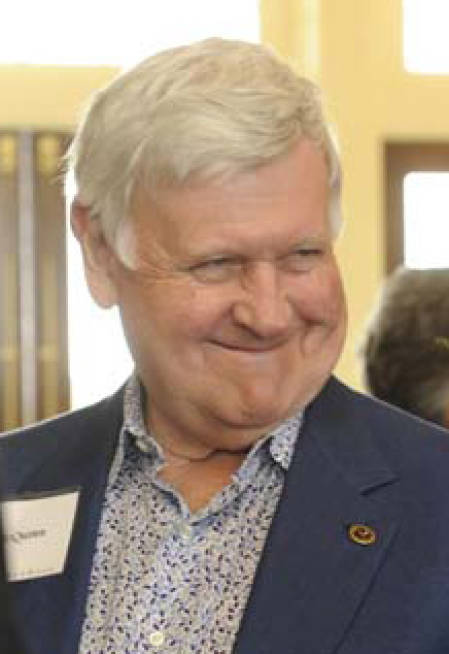 Since its inception, the program has hosted 49 executives from diverse segments of the business world.

“The Executive-in-Residence Program gives our students access to thought leaders across a number of disciplines and industries. It is inspiring to hear these executives’ stories and for our students to learn that they can aspire to lead, too,” said Stephanie Chipman, director of CAFNR Career Services.

This spring CAFNR will host the 49th Executive-in-Residence. Roger Gardner (BS Ag Ed ’83), Executive Vice-President and Chief Culture and Communications Officer at Learfield Sports, will join us April 11-13. He will bring insights into the world of agricultural media and collegiate sports marketing and interact with broad audiences in CAFNR, the School of Journalism and the Department of Intercollegiate Athletics.

For more information about the program or Gardner’s visit, go to cafnr.missouri.edu/executive-in-residence.

Biochemistry: A Pioneering Joint Program between CAFNR and the School of Medicine 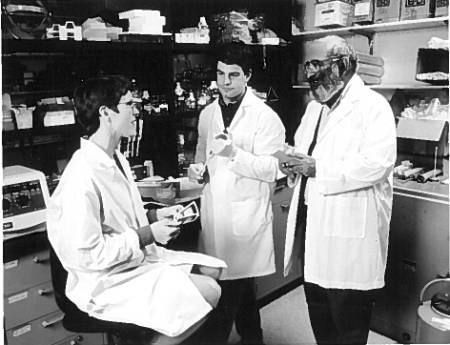 To honor the 40th anniversary of the Division/Department of Biochemistry as a joint endeavor of CAFNR and the MU School of Medicine, Biochemistry has organized a celebration, “40 Years of Biochemistry: Bridging Boundaries for the Greater Good.” The event will be Friday, Sept. 2, 2016, in the Bond Life Sciences Center.  It will begin at 1 p.m. with exploration of the early days of Biochemistry at MU and culminate that evening with a reception and dinner.

Alumni and former faculty and staff are encouraged to attend to share their memories about Biochemistry’s distinguished history, including the impressive career of their longest-serving faculty member, Emeritus Professor Boyd O’Dell, who will be 100 this year.

Nearly 40 years ago the nation lost an important political icon, Jerry Litton, (BS Ag ’61). On August 3, 1976, Jerry, his wife and two children perished in a plane crash just after winning Missouri’s state Democratic primary for U.S. Senate. The nation was stunned; his family, friends and supporters were heartbroken. Their vow, through the Jerry Litton Family Memorial Foundation, has been to preserve this native son’s legacy. Litton, a CAFNR graduate, was a major spokesman for agriculture and very active while on campus, honing the values he would stand for during his professional life.

It is very fitting that the Jerry Litton Family Memorial Foundation would want a program at MU to honor Jerry. The President of the Litton Family Memorial Foundation, Jerry’s close friend and campaign manager Ed Turner (BS Ag ’62), CAFNR Vice Chancellor and Dean Tom Payne and others dreamed up the Jerry Litton Fund for Agricultural Leadership in CAFNR. And in 2010 their dream became a reality. The endowment funds a Litton Lectureship to bring interesting speakers to campus, the Litton Fellowship to support faculty entrepreneurial activities, the Litton Scholarship as a means for top students to leadership skills, and the Litton Agricultural Leadership Fellowship to help students gain farm policymaking experience.

Turner sums it up eloquently: “the legacy of Congressman Jerry Litton continues to influence many who aspire to make a difference with their leadership skills. The University of Missouri played a major role in enhancing Jerry’s communication and leadership talents. His legacy lives on at Mizzou through the Litton Leadership Scholars program, scholarship awards, and recognition of his interest in animal agriculture.”

“In my hometown, many community members fondly recall Litton as ‘the man that could have been the next president of the United States,’” she said. “His ties to northwest Missouri and agriculture still run deep to this day. I consider being inducted as a Litton Scholar one of my proudest moments in college. I still have the special insignia pin that I received during my induction ceremony and I wear it with pride.”

Breanne’s younger brother, Dane Brammer, a sophomore in plant sciences, has just been notified of his acceptance into the 2016-17 Litton Leadership Scholars Cohort.  They are the second sibling pair to be Litton Scholars. Daniel Bonnacker (2012) and Rachel Bonnacker (2015) were the first.

“The Litton Leadership Scholars consider it an honor to be able to associate with the Litton family name and carry on the legacy of being exemplary leaders for future generations,” said Jon Simonsen, faculty leader of the Litton Scholars Program and assistant professor of agricultural education and leadership.

CAFNR is proud to keep Litton’s legacy alive through these innovative programs, as the 40th anniversary of his passing is marked.

50 Years of Parks, Recreation and Tourism 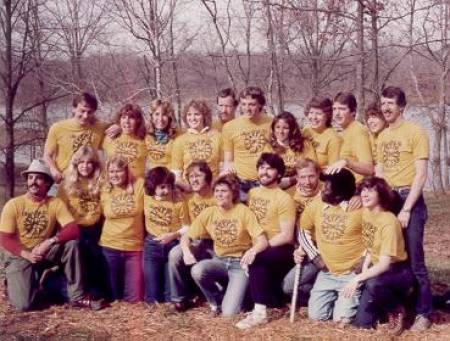 “We were one of the first nationally accredited programs in nation,” said David Vaught, department chair and associate teaching professor. “The addition of sport management in 2010 has diversified the department and enhanced our overall curriculum offering. We are celebrating 2,500 graduates serving communities, agencies and organizations globally.”

The department will celebrate their golden anniversary all year, beginning the last week of February at the Missouri Park and Recreation annual conference. They plan a banquet April 7 on campus for alumni and students, as well as events over the summer in St. Louis and Kansas City. Contact Vaught for more information, vaughtdr@missouri.edu.

“As a department we are constantly recruiting to sustain our numbers,” he said. “We have enjoyed enrollment as large as 525. At all junctures of enrollment we are committed to providing the highest quality teaching, research and service.”