Out of all the people Willi Meyers could have sat next to at a meal session at the 2014 World Food Prize in Des Moines, Iowa, a high school student from Eldon, Missouri, certainly seemed like an improbable scenario. Meyers, who serves as the director of CAFNR International Programs, was stunned to bump into Holly Enowksi, a junior from Eldon High School, which is just an hour down the road from Columbia.

“He said, ‘Oh you’re from Missouri. This is exciting.’ And so he moved over and sat by me. That’s how I met him. Just luck,” Enowski recalled with a chuckle. 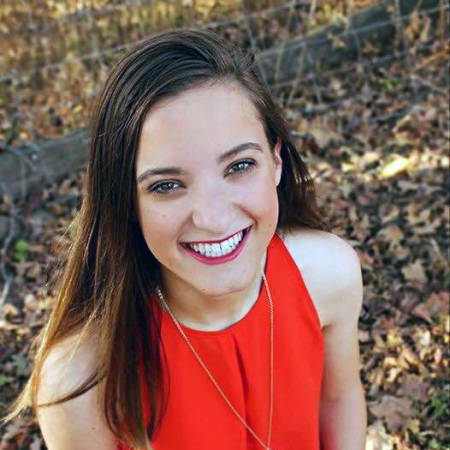 Given that at the time, Missouri did not have a youth institute to serve as a direct link to the annual World Food Prize’s Global Youth Institute, Enowski had made it there on her accord after being accepted as an at-large member of the congregation. She had submitted an essay about the negative impact China’s one-child policy was having on the country’s population and demographics. Meyers, who had tried to get a Missouri-based youth institute off the ground for a few years before that, started to talk to her about the idea of establishing such a program.

“He was surprised to see a Missouri kid there, so that was even more of a stimulus for him to try to get a state institute started,” said Michael Ouart, who is overseeing the main operations of this year’s inaugural Missouri Youth Institute on Feb. 26 on the MU campus.

Fast forward six months. During last year’s College of Agriculture, Food and Natural Resources’ Celebration of Excellence Awards in April, Meyers, who was there to receive the Roger L. Mitchell Fellow Award, overhears the biography of Colleen Abbott, who was there to receive the Past President Award after serving as the head of the MU Ag Alumni Association from 2014-15. Given that Abbott worked at Eldon High School, Meyers thought that she must know Holly. After a group photo of all of the award recipients, the conversation starts up again.

“At that time I said, that ‘I think that would be really important’ because as an ag teacher, my experience with CAFNR and studying abroad, and seeing the challenges that people face in developing countries is so important,” said Abbott, who earned bachelor’s and master’s degrees in agricultural education (’03, ’08) from MU, as well as a specialist degree in educational leadership and policy analysis in 2012. She has been at Eldon High School for four years, where she currently works as the district director of afterschool services, after working as an agriculture teacher at Tuscumbia High School for eight years.

A surge in interest

Quickly thereafter both Abbott and Enowski signed up to be on the planning committee to help Meyers turn a concept into an actual event — which will take place in conjunction with the 11th Universities Fighting World Hunger Annual Summit (UFWH) from Feb. 26-27.

A few months later in the early summer of 2015, Meyers enlisted the leadership of Ouart, who had recently started a new role of outreach and engagement officer for CAFNR and the MU Provost Office. 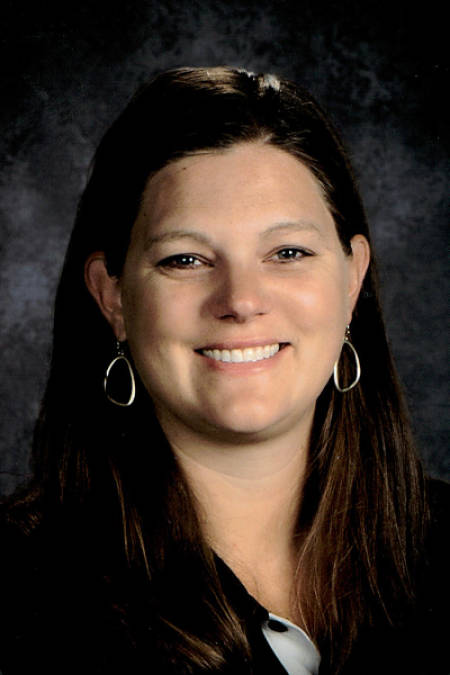 Enowski found out about the Global Youth Institute through a simple Google search when she looked up agricultural-related internship opportunities for high school students. She was shocked to find out that Missouri did not have such a youth institute at the time, even though 15 other states did. For reference, Iowa’s youth institute began in 1994.

“It did definitely surprise me whenever I did learn about it, just because we are one of the largest FFA states, and so I figured with all of the FFA and 4-H groups that are in our state that there would be a reason to have something like this,” said Enowksi, who will introduce guest speakers and will talk about her own experiences from the Global Youth Institute in 2014.

Enowski began using her platform as the Area 8 reporter of the FFA to speak in front of large amounts of fellow high school students to pique their interest in the institute. “She had a great experience and she would really like for other kids to experience it,” Abbott said of Enowski.

Meanwhile, Ouart made frequent visits to FFA and 4-H Club chapters throughout the state. He also visited with more than 100 high school teachers throughout the state. In addition, Ouart requested that Anna Ball, professor and chair of the agricultural education and leadership department in the Division of Applied Social Sciences in CAFNR, send out informational letters to agriculture teacher across the state about the program.

“We started out with a blanket approach,” said Ouart, who added that fliers were distributed as widely as possible at the recent Missouri State Fair in Sedalia — especially at the FFA and 4-H buildings.

Eye on the ‘Prize’

The agenda of the all-day institute will include a World Food Prize overview, as well as keynote address from Julie Borlaug, the granddaughter of Nobel Peace Prize laureate Norman Borlaug, who founded the World Food Prize in 1987 in his home state of Iowa. Every year since its founding, the World Food Prize has brought people from around the world to meet in Des Moines to celebrate the achievements of those who have made great strides in improve the world’s overall food supply through better quality, quantity or availability. 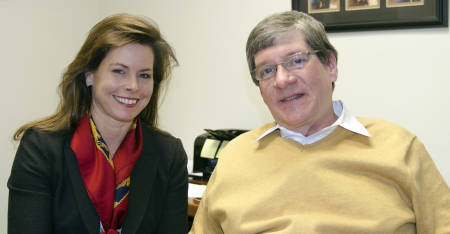 In addition, the participants will give oral presentations related to their entrance essays, which were on one of 20 topics relating to one of approximately 200 developing countries by the deadline of Jan. 15. Some of the chosen topics were water scarcity, conflict resolution and climate volatility. “I would give the students a lot of credit. I know they are incredibly bright, but the topics are not easy,” said Ann McGruder, coordinator of global initiatives for CAFNR International Programs who has worked closely with Ouart and Anne Cafer, a doctoral candidate in rural sociology, on the event’s preparation.

Those with the top combined scores (when factoring in the essays themselves) will be offered an opportunity to attend this year’s Global Youth Institute at the World Food Prize in October, with all expenses paid. At the three-day event, participants will get the opportunity to speak with international experts about food security and other agriculture issues.

“There’s a lot of things that aren’t necessarily ag ed curriculum that I brought to my ag ed classroom because I think it’s important that kids get a global perspective,” Abbott said. “We definitely need to try to get this opportunity to more kids. Most kids in rural Missouri are not going to the experience necessarily to have a global experience, but driving to Des Moines is a possibility.”

While at MU, Abbott’s worldview was forever changed by two agriculture-related study abroad trips: a summer in Thailand and semester in Costa Rica. Those who attend the Global Youth Institute can later apply to be a part of the Borlaug-Ruan International Internship program, which is an all-expenses-paid eight-week stay to work with scientists and policy makers in Africa, Asia, Latin America and the Middle East.

Enowski is currently in the running for this opportunity. She is also in the process of figuring out what college she would like to attend in the fall. Later this spring, she will make her decision between her two finalists: MU and Missouri State University. At the moment, she envisions going into agriculture law/policy, but she also loves the social sciences aspect of agriculture. “I was one of those people who changed what I wanted to be every week,” she said. “I think I’m going to do science and ag journalism and go from there.”

After receiving the applications, it was determined that 38 students from 16 school districts, and some home-schooled students, had been selected for the inaugural event, which was the largest number of students for a first-time state youth institute, McGruder said.

“I think in some respects my overall hopes for this have already been exceeded because we were so happy to get a large number of kids the first year,” Ouart said. “Our primary goal is to broaden students’ understanding of agriculture into international agriculture development.”

Ouart mentioned that one teacher in Carroll County talked to him about how a student decided to write an essay about Egypt simply because it was “a cool country” with pyramids. As the student started looking into the recent history of Egypt — including its turbulent political situation — a deeper reason to look at the country had formed.

“Now they understand why this country is a developing country, why the people of that country are probably very frustrated and why things aren’t going as well as you’d think they might be going,” Ouart said. “Those are the kind of the experiences that are causing these high school kids in rural Missouri to start thinking about the world in a lot different way than they ever had before.” 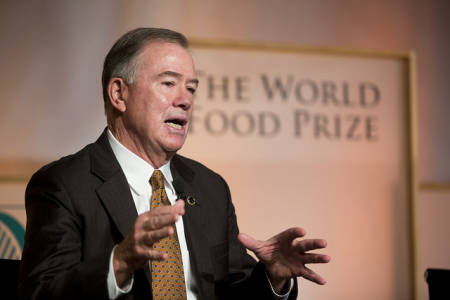 From the beginning, the Missouri Youth Institute had been thought of a natural pairing with the Hunger Summit, especially given the fact that many of the people who were organizing that event were asked to help run the institute as well — including Cafer, who works for The Brady and Anne Deaton Institute for the University Leadership in International Development, who helped build a bridge between both events.

“I think we saw that there were some parallels with the way the Global Youth Institute works with a bigger, broader program for adults and others with what was going on with the Deaton Institute, so we said, ‘Let’s just do it at the same time.’ It just happened because there’s so much of an overlap,” Ouart said. “The Deatons (Brady and Anne) are passionate about this, and so they saw a natural opportunity to do this together and so it’s just always been that way since we started talking about it.”

As for the future of the Missouri Youth Institute, Enowski would love for it become an annual event with close to 100 high school students in attendance. Abbott added that through her job, she has reached out to teachers and students across the state over the years. She said that there’s a lot of people, both young and old, who have a hard time fathoming how much agriculture affects their lives on a daily basis.

“I hope that the institute is another voice for spreading the message that everything is connected and that this is a vital part of our economy for our state and for our country,” she said. “We’re all connected on this planet and I think that’s one of the things that this institute really brings to life.”

Going forward, Ouart and company plan on keeping up an ongoing dialogue with the pioneering participants. “I think we’ll learn a lot by talking with those kids,” he said. “We have a relationship with them now that we need to nurture.”