Charlie has warmed up to Nicole, pictured, and the rest of… Expand ▸

Charlie was born at the University of Missouri Forage Systems Research Center in Linneus, Mo., last year. He was a twin and an unfortunate accident left Charlie with a broken leg. With few options, farm worker Derek Search called a friend, Bob Barrows, who has several bottle calves he raises.

Barrows said he would take the calf, but he didn’t have it for long. Barrows has new neighbors and thought the calf would find a good home with them. 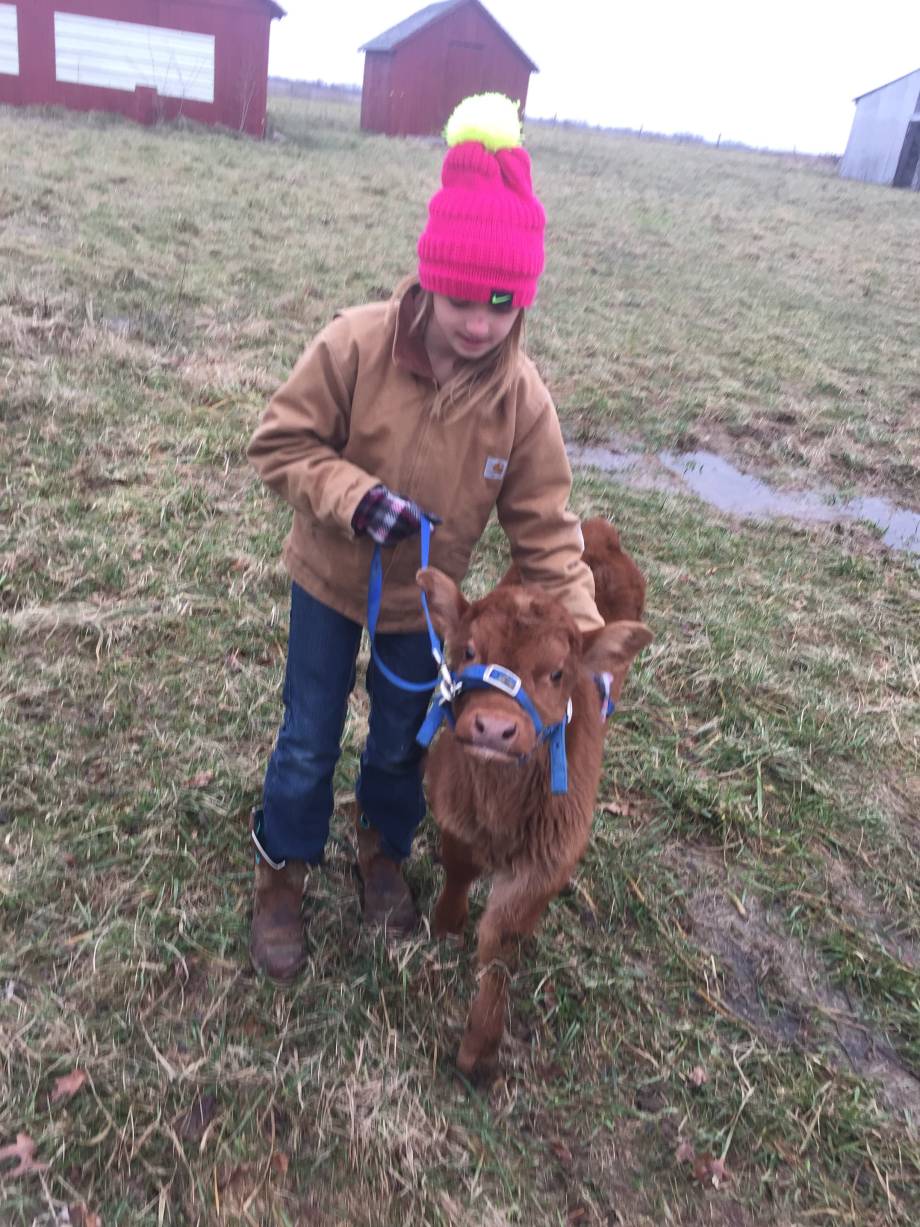 The Gaudet family, who is new to the area, was looking for some farm animals for their land.

“We moved to the Linneus area just a couple months ago,” Nicole Gaudet said. “We have some hogs and chickens, and we were looking to get some cows as well. Bob called us and said he thought he had a calf that would be perfect for us. That’s when we first met Charlie.”

Charlie has now become the newest member of the Gaudet family.

When Charlie was born, his mother accidently stepped on his leg, breaking it. Workers at FSRC, including Search and Aaron Palmer, did what they could with the calf. They put a splint on the broken leg; however, it didn’t heal straight. With limited options, Search made a call to Barrows.

“Something like that doesn’t happen very often,” Search said. “We did all we could. I knew Bob would probably be interested in the calf, so I gave him a call. Now that Charlie has found a new home – it’s awesome to see how excited they are to have him.”

Barrows, who is a real estate broker as well as a farmer, has raised bottle calves for several years. He was born and raised in Linneus – and thought the Gaudet family would be the perfect fit for Charlie.

“I wanted him to have a good home, and I think he’s found one,” Barrows said. “I think he’s pretty spoiled, which is great to hear.”

Nicole, her husband Lonnie and their three children moved to Linneus from New York. Lonnie is a veteran who lost his right leg in Afghanistan in an explosion. The Gaudet family moved to New York to be near Lonnie’s family after his tour ended. They moved to Linneus recently, as one of Lonnie’s war buddies was from the town.

And meeting Charlie was love at first sight. 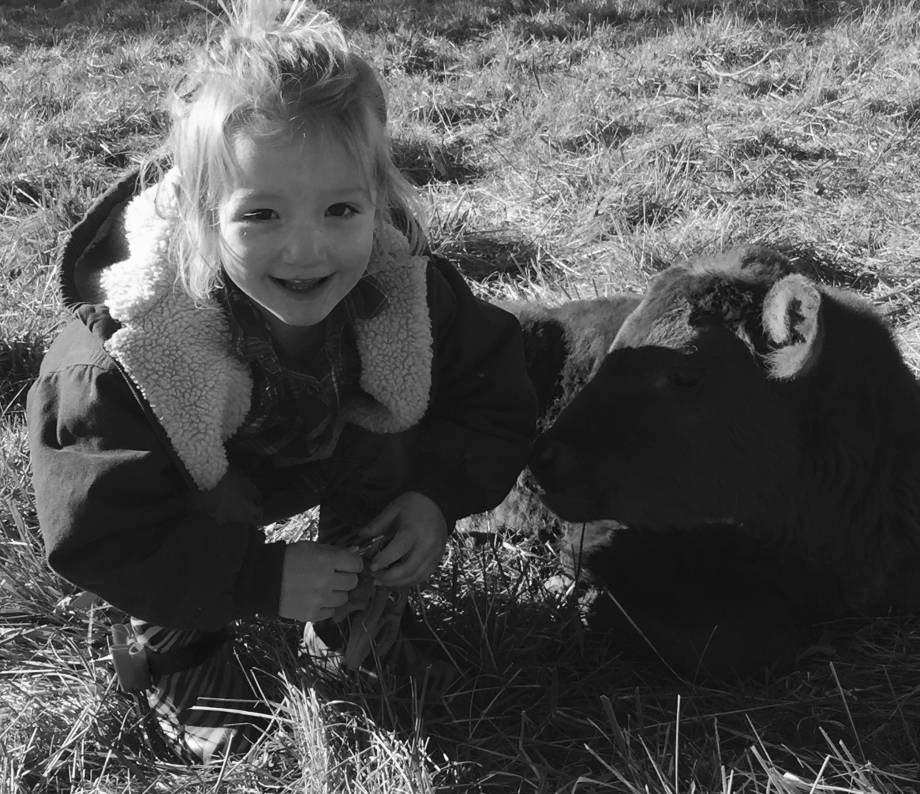 Charlie the calf has become the newest member of the Gaudet family. Picture courtesy of Nicole Gaudet.

While Charlie has been all over the Gaudet’s farm – he even snuck into their house one day – he’s being groomed for his first show. Harley, 10, is Nicole and Lonnie’s oldest child. She will show Charlie in March in Chillicothe and caring for him will be a 4-H project – bad leg and all.

“It’s really incredible because having to halter and lead a calf can be really challenging during those type of shows,” Nicole said. “Charlie loves it, though. He’ll even walk and follow Harley without a halter.

“It’s really cool that the Forage Systems Research Center did what they could to help Charlie. We’re really happy to have him.”

“We’re happy to be able to help out a family in the community,” he said. “Charlie has found a great home and we’re thrilled with that.”