Did you miss the first airing of the tenth installment of our new Insight series? LISTEN NOW to the program or to the extended version of the interview.

Over the last couple of years, Peter Scharf and his colleagues have conducted more than 100 demonstrations and field studies of how vehicle-mounted crop sensors diagnose a variety of nitrogen application needs — while saving corn producers money and increasing yields in the process.

Although Scharf, a professor in the Division of Plant Sciences and a University of Missouri Extension soil scientist, has been known to take the censor equipment to farms throughout the state. Sometimes the crop sensors are installed on retail equipment. Other times, it is put directly on the farmers’ equipment and as the prospective users take the wheel.

“It’s the demonstrations where the farmers were driving where they bought the sensors, because they were watching them work,” Scharf said.  “If someone else was driving, they didn’t see it happen. It’s just this abstract thing that someone’s doing it out on your field.”

The sensor technology falls under the category of what is known as precision agriculture, which is the practice of using computer technology to apply crop inputs precisely. Often this means varying the rate of an input like fertilizer to meet needs that vary across the field. Scharf and other MU agronomy specialists started studying Missouri fields beginning in 1997. On-farm demonstrations began in 2004 when the technology was still in its infancy and have now been carried out in more than 100 corn fields and a dozen cotton fields in Missouri.

Scharf said the sensors give more accurate information than traditional methods such as soil samples because sensors detect and control needs for specific areas. Eight other field-scale experiments measured the most profitable nitrogen rate all across the field, and found that it varied widely from place to place in the field. In seven of the eight fields studied, Scharf found that nitrogen applied at the same rate for the entire field would have been off target by more than 35 pounds per acre in more than half of the field.

Still, in spite a collection of research that proves their effectiveness, Scharf estimates that at most 5 percent of full-time Missouri farmers currently use the equipment. That number is the same on the national scene, he said. He expects, though, that all to change. In 20 years, he estimates that it will be accepted as a normal practice with close to 100 percent of farmers using the censors. “I see it as the wave of the future,” Scharf said. 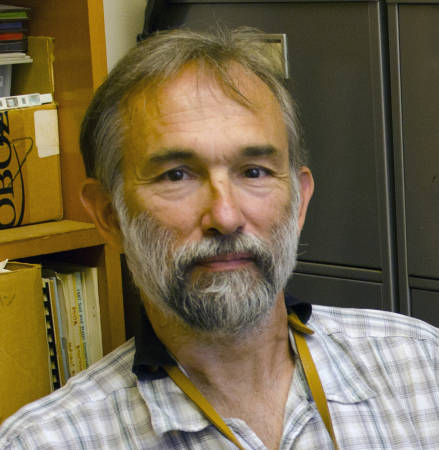 Vehicle-mounted active-light sensors detect nitrogen levels in plants by sensing the amount of pulsed light that bounces back from plant canopies. Data is sent within a second to a computer in the tractor cab which uses the information to adjust fertilizer rates as needed. Fertilizer rates can change every second as the fertilizer applicator is driven through the field.

Applicators equipped with sensors increase nitrogen amounts in areas with short, light-green plants and decrease amounts in areas that are tall and dark green. The sensors work on all three types of fertilizing machinery (pellets, liquid or gas).

“Sensors take advantage of what all crop producers know from experience and common sense — crops with enough nitrogen are darker and taller than those that are deficient,” Scharf said.

In 55 on-farm demonstrations with side-by-side comparisons between sensor based nitrogen rates and producer-chosen nitrogen rates, sensors averaged a savings of 14 pounds of nitrogen per acre. Yield increased by two bushels per acre. “There are a whole bunch of fields over- and under-fertilized,” he said.

He added that once users understand how widely optimal nitrogen rates vary, it is then possible to see where to put more nitrogen fertilizer and where to put less. “Putting less where less is needed will save money and reduce nitrogen loss from the field to water,” he said. “Putting more where more is needed will increase yield and the efficiency of all the other production inputs.” 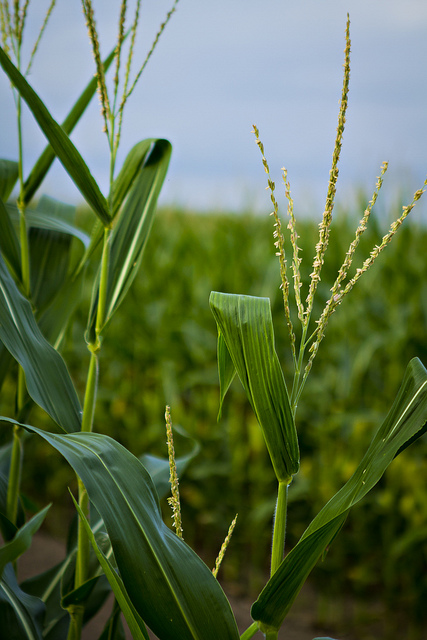 Paying off down the road

Scharf said returns on investment for the equipment depend on corn and nitrogen prices. Equipment costs $10000-$15,000. Current price returns are at approximately $14 per acre.  It would take about 800 acres with similar results to pay for the sensors.  He uses several brands of the sensors and does not recommend one over the other, adding that all manufacturers are continuously making improvements.

In addition to the savings factor, Scharf and his colleagues have been studying the environmental benefits. In the first three years of a study being founded by the National Institute of Food and Agriculture, it was found that the amount of nitrous oxide, which is a greenhouse gas that is released when nitrogen is applied, is cut in about half with the sensor equipment compared to the standard nitrogen management practice. Nitrate concentration in drainage water was reduced as well by about 20 percent.

The mission of the study, which started in 2011 and will continue through 2017, is to be able to gain a holistic perspective of the greenhouse footprint and the balance between carbon and nitrogen in the soil.

Scharf also mentioned that within the last two years he has received phone calls from representatives at the main headquarters for Wal-Mart, inquiring about the results from the findings of this study, after it was determined that nitrogen fertilizers represent one of the biggest addressable sources to lower the retail company’s overall greenhouse footprint.

In 1997, along the same time that Scharf and his colleagues were starting to experiment with the sensor equipment, he began exploring the idea of using aerial photography as a means of seeing which part of a field were dark and nitrogen-rich and which ones were not.

“I would lean out the window and go ‘click,’” Scharf said. “I’m glad I don’t do that much anymore. I didn’t really enjoy it, but I hadn’t been able to find anyone else who was ever willing to do it for me. None of my employees would do it.”

Those initial photos turned into a continued study of the craft, which eventually morphed into his own aerial photography business, NVisionAg, with its patents licensed from MU. Established in 2014, the service takes photos for clients’ corn fields from about 3,000 feet. That photo is then posted on the company’s site as well as a yield loss map, a total yield loss estimate (based on current practices) and a N rate control file, which when downloaded into a fertilizing machine, will tell where exactly to put the fertilizer in the same way that sensor equipment would.

Last year, all of the photographs were taken by planes, but Scharf has also received interest from satellite and drone companies. “I think there’s a variety of platforms that we could use to look at the field and decide what’s the best way to manage it,” he said.

Although the majority of Scharf’s studies focus on corn, he and his team have conducted similar test on cotton plants as well. He said that any green plant that is a foot tall could potentially work, including wheat. He also mentioned that other researchers were doing tests on rice plants.

MU researchers are leading studies on sensors and nitrogen management, Scharf said, but other Midwestern universities are researching the topic as well. “Interpretations still vary greatly,” he said. “Move forward with your eyes wide open.”