Did you miss the first airing of the fourth installment of our new Insight series? LISTEN NOW to the program or to the extended version of the interview.

Winter is here and temperatures are starting to creep down.

So what type of winter can mid-Missouri expect?

Tony Lupo, a professor of atmospheric science, said a strong El Nino could lead to warmer conditions this winter.

“Generally, how El Nino affects us depends on how strong it is and where it is located,” Lupo said. “Right now the warm waters are in the Eastern Pacific, near the coast of Mexico, South America and those areas. That’s what we call the classic El Nino.

“For us, that generally means warmer conditions. The jet stream tends to be very strong across the southern states – they tend to be wetter and cooler. The northern jet stream hangs out in Canada and bottles up any cool air from coming down.”

This year’s El Nino is being compared to the 1997-98 version. Lupo said temperatures were above normal in December 1997 – and well above normal in January and February of 1998. Only eight inches of snow fell in the area as well.

While temperatures may be warmer this winter, other weather threats can still be present.

“The bad news is that sometimes during a strong El Nino year, the ice storms can be bad,” Lupo said. “With it being warmer, there is a shallow layer of cold air and rain falls through and cools off. That leads to freezing rain.”

Aside from snow and ice storms, there are other storms possible during the winter season – including thundersnow.

While somewhat rare, thunder storms during the winter months do take place. And when a thundersnow occurs, it’s going to be a strong storm. 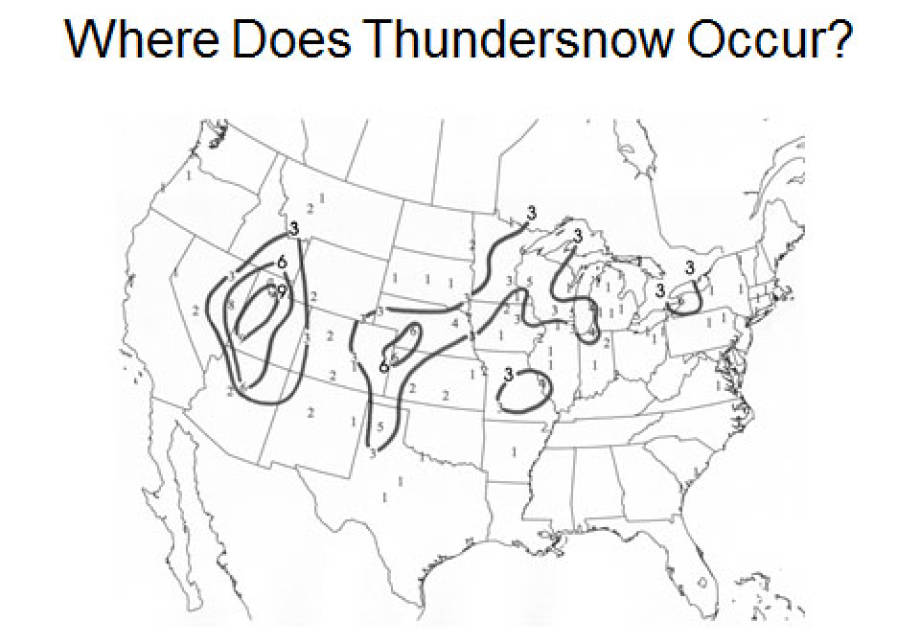 Market said that nine times out of 10, a thundersnow will bring at least six inches of snow. Half of the time, the storm drops 10 inches of snow. While you may see thunder or hear lightning during a winter storm, it doesn’t always mean the area you’re located at will get a lot of snow. However, somewhere in a 70-mile radius is getting plenty of snow.

“Rain that is hitting you is generally generated in the cloud within a mile or two of where you’re at,” Market said. “It’s a couple of miles up, but rain falls fairly quickly. Snow doesn’t. The fall velocity for snow crystals is up to 10 times slower. The snow may be generated over your head, but with a 30 to 40 mile-per-hour wind, that snow will get blown 20 miles away from you.

“Just because you can hear the thunder and see the lightning doesn’t mean you’re going to get a lot of snow. It does mean that a lot of snow is being generated close by.”

Market said that there are typically an average of seven or eight thundersnows across the United States each year. Columbia has experienced the extreme winter weather phenomena four times since 1995. There were two storms in the Columbia area in 2013. The storms happened one week apart.

As with any severe weather, being prepared is extremely important. Severe weather can strike at any time and in an instant. 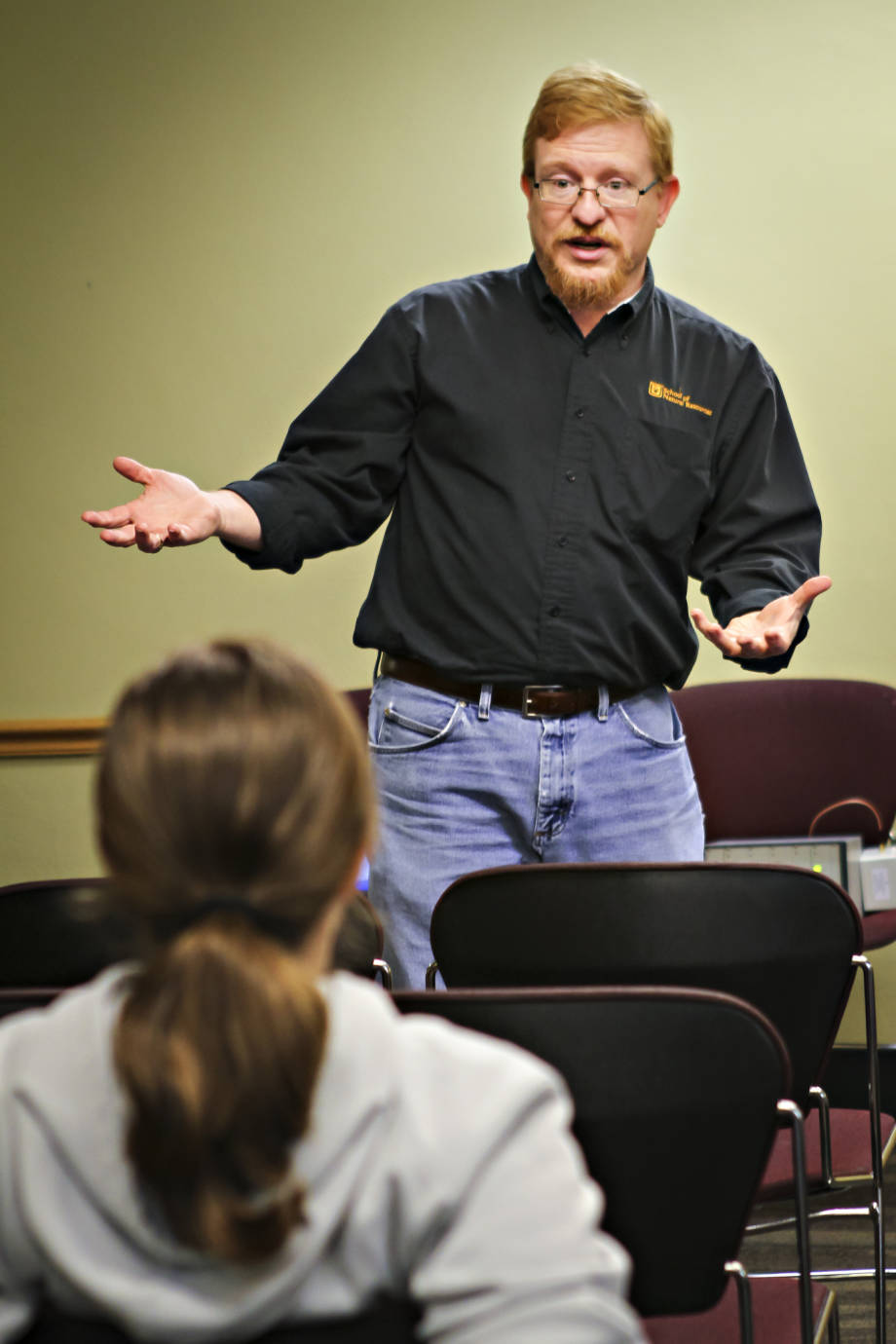 Pat Market says there are numerous things an individual can do to prepare for the winter weather. Photo by Kyle Spradley.

Market said finding a credible source of weather information is the most important thing. He said the National Weather Service is a great place to start.

“The NWS is completely modernized,” Market said. “They have a radar network that is second to none. Their satellites are great. They have all of the toys – all of the computing power that you could possibly want.

“They also have the brightest minds writing models. Why would you go anywhere else?”

Market added that it’s important to not just look for forecasts that you would like to see.

“You can’t just shop for the forecast that we like,” he said. “If we could do that, I would create a website that has the weather set at 72 degrees and sunny every day.”

“The only way you can get that information quicker is camping out at the weather service office. And they discourage that, obviously.”

The final thing Market suggests for extreme winter weather is to have a “survival kit.”

“Having a basic survival kit is also important,” he said. “Make sure you have a blanket in your car. Also have some type of nonperishable food. It doesn’t have to be a full box, but, for example, have a couple granola bars. Have a bottle of water. A bag of kitty litter or sand is also a good idea. Those can give you traction if you get stuck. Even a small portable shovel can get you out of trouble.”