Did you miss the first airing of the first installment of our new Insight series? LISTEN NOW to the first program or watch the extended version of the interview.

With wood chips and help from the College of Agriculture, Food and Natural Resources, the MU Power Plant could shrink the facility’s greenhouse gas emissions by almost 50 percent by 2019. The 100 percent biomass-fueled boiler at MU’s Power Plant went on line in 2013 and is an addition to a plant that has been its current location since 1923 to generate combined heat and power for the MU campus. Up to 40 percent of the power plant’s total fuel is expected to come from sustainably sourced biomass.

Initially, the biomass boiler is burning mostly wood residues from local wood milling operations. Eventually, up to 120,000 tons annually of sustainable biomass from various renewable sources in Missouri will go into the campus energy stream — wood residues, fast-growing trees (such as willow and cottonwood), miscanthus, corn stover, and switchgrass.

Francisco Aguilar, associate professor of forestry, said the project is currently ongoing and has been a success thus far.

“Things were a little bumpy early, but right now, things are running smoothly,” he said. “With power plants the size of the MU plant, it’s not easy to just move from one source of energy to another.”

By 2018, the power plant hopes to achieve a 75 percent reduction in coal use from 2008, the year the campus expanded its sustainability efforts by signing on to the American College and University Presidents’ Climate Commitment. This will be accomplished through the use of biomass, improved efficiencies, and using more natural gas. In addition to improving air quality and lowering the campus carbon footprint, the new boiler can create an income stream to Missouri landowners managing forests or producing crops of trees and grasses. 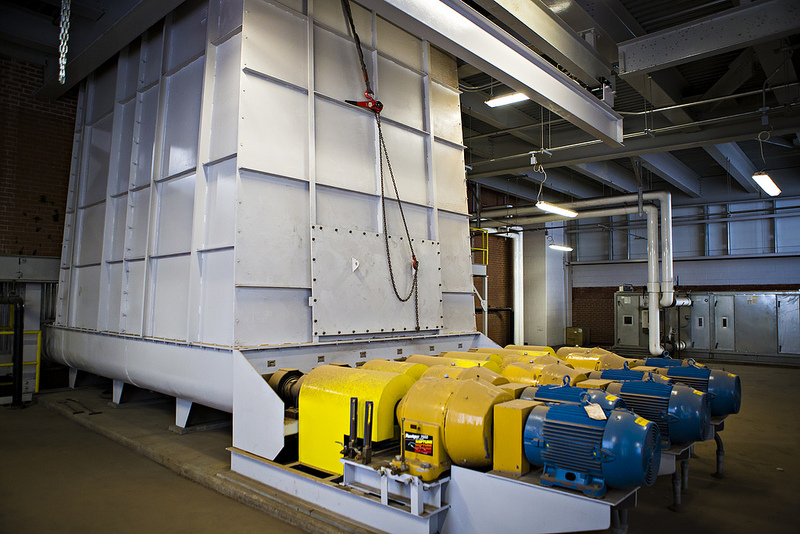 The effort to supplant coal began in 1995 when MU experts began adding alternative fuels to the coal stream. The team first blended chopped up tires, and corn cobs were added to the mixture in 2006. A year later the team tested woody biomass and discarded pallets.

The plant continued to use wood waste residues to co-fire it boilers and when the plans were developed to significantly expand the use of the biomass in the plant with the new boiler plant, staff sought the assistance of CAFNR to help develop sustainable biomass resources. Here, the forestry department in the School of Natural Resources and the MU Center for Agroforestry got involved. Associate professor Hank Stelzer, and other forestry researchers, were already identifying and developing potential energy crops from otherwise non-producing areas as river bottoms and other land unsuitable for conventional row crops.

Their goal was to enhance the management of the state’s 14 million acres of forest and create new revenue streams from renewable crops. Stelzer and other forestry experts established research plots to test various species of trees as energy crops, while developing guidelines to protect the sustainability and health of the forests. Their research was perfect for what the biomass group across campus needed.

“A professional forester has to be involved not only in the development of the biomass plan, but also in the harvesting,” Stelzer told Mizzou Magazine. “Following that through and showing it can be done in a sustainable way, that’s going to set a standard for other biomass projects in the state.” 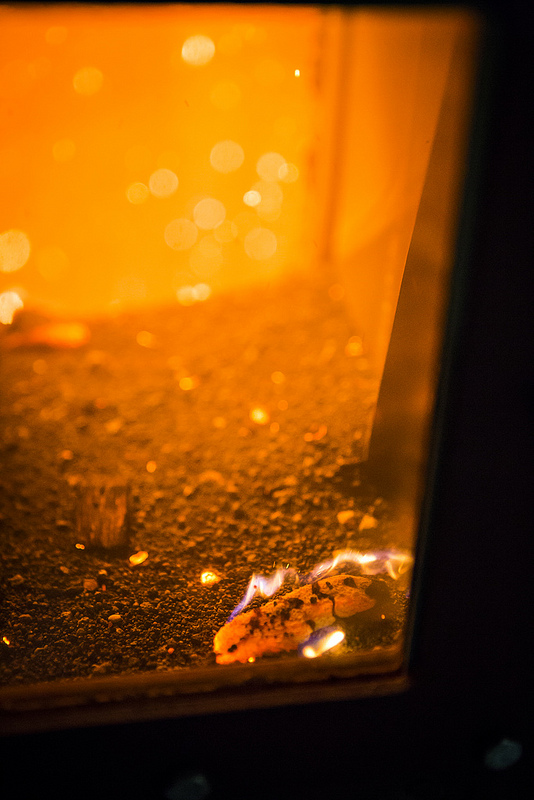 Gregg Coffin, superintendent of the MU Power Plant, hopes that operating a biomass boiler will help stoke the biomass fuel market and create new jobs. He imagines area companies such as furniture makers and home builders will expand their businesses by selling wood residue to biomass users like the power plant.

Forestry faculty helped with researching the optimum fuel and recommended stable sources for the new boiler, too. Aguilar surveyed other co-fired utilities to determine best practices. His research has not only helped the MU Power Plant, but has resulted in a book — with a chapter written by Coffin with MU as a case study — and numerous studies in journals and United Nations’ policy briefs that highlight the potential for wood energy generation.

The work at the power plant is coming back to help CAFNR expand its education in this area. Biofuels pioneer Leon Schumacher, professor in agricultural systems management, teaches a course in electricity generation using results from the MU experience as a base. A doctoral student of Jinglu Tan, food systems and bioengineering director and Biological Engineering chair, is also using MU power plant results to statistically determine optimum fuel blends and economic advantages.

The reduction in greenhouse gasses and fuel sustainability is not a mere research project. MU’s power needs are equivalent to a small city. MU’s power plant can supply up to 66 megawatts of electricity and 1.1 million pounds of steam each hour. The Mizzou facility supplies heating, cooling and electricity for more than 15 million gross square feet of buildings, including three hospitals, a research reactor, laboratories, academic buildings, residence halls, and athletic buildings.

Currently, the boiler uses about 100,000 tons of biomass, delivered in a dozen or more semitrailer loads a day and stored in three large covered silos.

The use of biomass has already helped shrink the university’s carbon footprint by 28 percent since 2008  — the biomass boiler project may be the biggest on-site sustainable energy undertaking on any major American university campus. The EPA has recognized MU as being the 16th top university in using green power, and the number one campus in the United States for on-site generation green power.

Currently, about 20 percent of the energy consumed on campus is renewable. MU is also consuming 33 percent less energy than its peers.

“This is not a silver bullet,” Aguilar said. “There are a collection of measures taken to improve renewable energy generation and efficiency, reduce consumption, and increase awareness.

“The MU Power Plant is getting attention across the world. People from China, Iran, Senegal — really across the nation and the globe —  are asking about it.”