Biggs, farm manager at the Bradford Research Center, has developed a passion for taking modified vehicles off road. Biggs does the modifications himself, altering pickup trucks or Jeeps, making them perfect for climbing rocks or crossing rough terrain.

“My game plan is to make a vehicle do something that it wasn’t made for,” Biggs said. 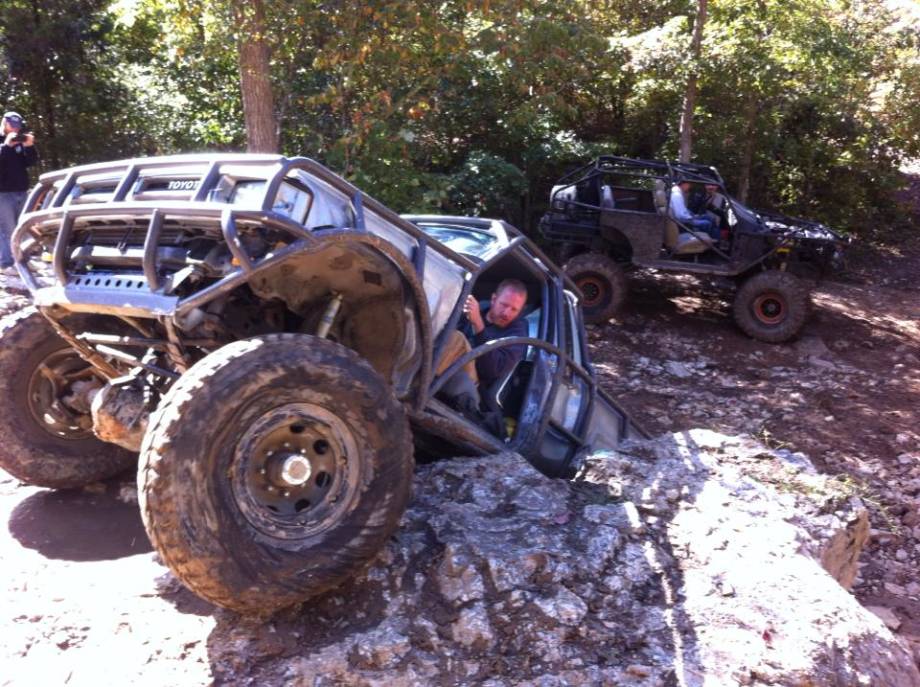 Biggs developed his passion for modifying trucks a year before he moved to Columbia to attend the University of Missouri. Biggs, who grew up in St. Louis, was looking for a new truck. After scouring the internet, he found a Dodge Dakota that eventually became his first modification project.

“This Dakota had huge tires – or at least they seemed that way to me,” Biggs said. “After I bought it, I started subscribing to truck magazines.

“That’s when I learned what off-roading could be.”

Biggs’ talent for modifications is self-taught. He did take an auto maintenance class in high school but didn’t have any experience in turning a pickup into something more.

That tinkering is another part of the fun for Biggs.

“With most motor sports, the equation for success is pretty straight forward,” he said. “With off-road vehicles, there are multiple ways to do things. There is no one right way.”

While at Mizzou, Biggs was always on the lookout for other off-road drivers. He would even leave notes on off-road vehicles, trying to connect with other passionate modifiers. Biggs soon joined a club of off roaders that he met while at Mizzou, who often traveled to Fulton to drive at an off-road park.

Biggs said he also travels to the Flat Nasty Offroad Park in Jadwin, Mo., south of Salem. That park is owned by a former competitive rock crawler – and features 900 acres of rough terrain.

Biggs has modified four vehicles. His current project is a 1988 Toyota pickup – that isn’t street legal anymore. Biggs said that more than 95 percent of the parts come from the junkyard. That includes the Toyota, which didn’t run when he found it.

Biggs added that his next project won’t be nearly as big, as the Toyota modification included a number of changes.

“Since it’s not street legal, it’s a process to take it out,” he said. “It’s not always worth it. My next project will be much milder.”

Biggs graduated from Mizzou in 2009 with a Bachelor’s degree in biological sciences. He earned his Master’s degree in horticulture in 2011.