It’s all about community to Dr. Angie Whitesell: The community of students and committed faculty and staff at CAFNR and the University of Missouri, where she received her undergraduate degree (’98) and her medical degree (’02), and the community she grew up in and now serves, in a medically underserved county in southwestern Missouri.

“If it wasn’t for the advising at CAFNR, I wouldn’t have chosen medicine,” she said. Whitesell spoke to a crowd of supporters and students of the College of Agriculture, Food and Natural Resources as the featured speaker at this fall’s annual scholarship luncheon.

When David Lehman, a former agricultural economics professor at CAFNR, told Whitesell of the need for rural doctors in the state of Missouri, “fireworks went off in my brain,” she said.

She knew Lehman from the many clubs and organizations she got involved with when she came to CAFNR as an animal sciences and pre-vet major: Student Council, Ambassadors, FFA Alumni, and more. She changed her major to biochemistry her sophomore year after that “aha” moment with Lehman.

“The curriculum was the most rigorous I was exposed to,” she said. “Even more so than med school! My involvement in CAFNR helped me survive, with so much studying.” 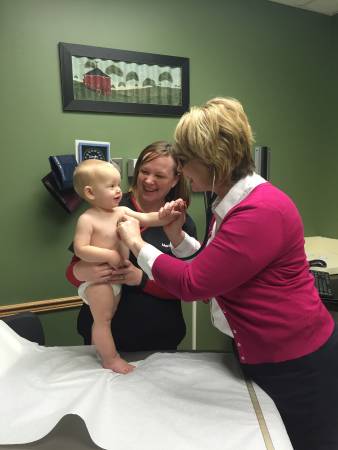 After residency in Springfield, Missouri, she took her first job in Nevada, Missouri. Three years later, while expecting twins, the opportunity arose to join a clinic in her hometown of Lockwood, Missouri, population 971. Giving back to the community she grew up in was always in the plans, although she didn’t initially know it would be through medicine.

“I had a place on the family farm picked out to build my house on for years,” she laughed. “It’s hard to explain to someone who didn’t grow up in production agriculture, but I’m very connected emotionally to the land.”

She loves how in her career she gets to develop relationships with entire generations of families, and impact the health of an entire community.

“I serve as an advocate for my patients,” she said. “I help them understand medical problems and treatment. I translate the language of medicine into ‘normal talk,’ which, after four years of med school where you learn all the ‘medical talk,’ you have to remember how to break it back down.” 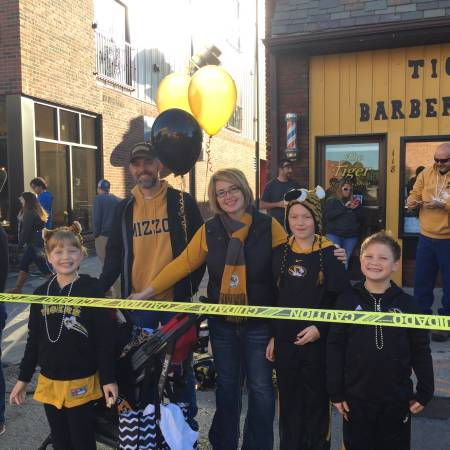 She met her husband, Jeremy Neely, who has three degrees from Mizzou, her freshman year. “Our first date was Barnwarming!” she said. Neely teaches history at Missouri State University. He commutes the 50 miles to campus three times a week. They have four children: 10-year-old Owen; twins Miles and Annie, who are 7; and Ike, 7 months.

In addition to her medical practice and the kids’ activities, Whitesell is as involved in her community as she was at Mizzou. In addition to teaching Sunday school and leading vacation Bible school at their Methodist church, she is a 4-H leader, aids a program to help kids who are food insecure, participates in a women’s physicians group, and mentors current Mizzou medical students, some of whom will also go into rural medicine. She will also co-chair Lockwood’s town festival next year.

“I open my home and my practice to these students,” she said of the mentor program. Many of the students are not from a rural area, like she was. Living with Whitesell and family for a month is a great way to introduce them to the lifestyle, as they live in the middle of a working farm.

She credits Mizzou and CAFNR with helping her learn how to make enough time in the day for the things she is passionate about.

“It’s the only time you have to try different things,” she said of her collegiate experience. “It helps, if you choose to continue to be a leader in your career, prepare you to juggle and multitask. It helps you communicate with different people with different backgrounds. You look at the world with more compassion and understanding.”